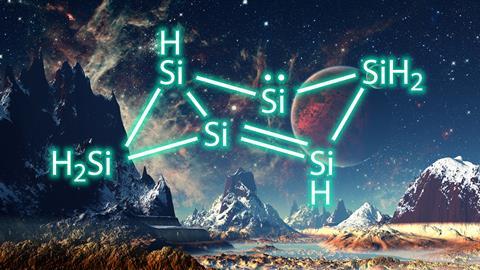 This week, Brian Clegg searches for signs of life in the upside-down silicon world.

There is nothing quite as symbolic of chemistry as the periodic table. The periodicity that gives that iconic chart its name was noticed significantly before anyone knew why it was the case. One early attempt to discover a structure put elements in groups of three based on similar properties. Another tried (and failed) to enforce the octave structure of music on the elements, assuming that every eighth would behave in a similar way. We now know that the periodic recurrence depends on the number of electrons in an atom’s outer shell. And over the years, this has produced much speculation about lifeforms based on silicon rather than the familiar carbon.

Carbon’s impressive flexibility, which enables it to form molecules from the miniscule methane to the vast structures of DNA, comes from its neatly half-empty outer shell of electrons. Occupying the same position in the next period of the table is silicon, apparently equally up for making interesting bonding choices. Every form of life on Earth has structures based on carbon, but in dreaming up a convincingly different composition for aliens, silicon-based life has been a science fiction staple since the middle of the twentieth century. 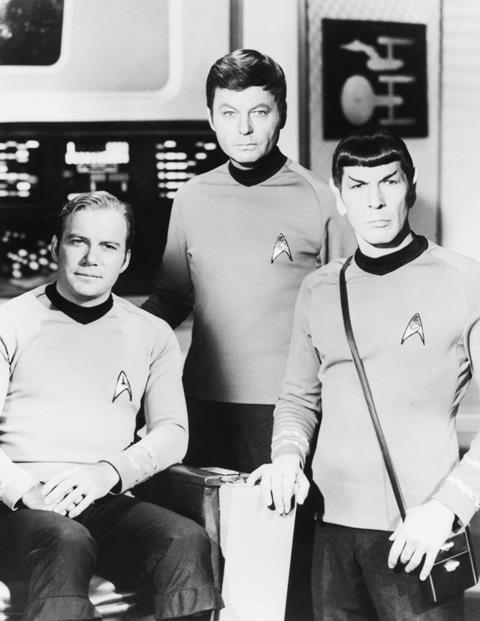 This was the idea that allowed the tetchy Dr McCoy in the original series of Star Trek to come up with one of his best remembered lines. Faced with an ailing silicon-based entity known as a Horta, McCoy complained ‘I’m a doctor, not a bricklayer.’ Outside of fiction, there is one compound that gives us a chance to evaluate the chances of ever coming across silicon-based life. It’s called hexasilabenzene.

Benzene is an archetypal example of the flexibility that makes carbon the building block of living organisms. A benzene molecule has six carbon atoms in a hexagon, each with a hydrogen atom attached. The carbon atoms are linked together by a series of covalent bonds – where the quantum nature of electrons enables a pair of them to be shared between the outer shells of two atoms, linking the atoms firmly together.

The ring is often described as having alternating single and double bonds, though more accurately the carbon atoms have, in effect, one and half bonds each, sharing their electrons with the ring, shifting the single and double bonds constantly around in a molecular game of pass the parcel. Benzene is the basis for a whole host of such ‘aromatic’ organic compounds with different atoms or groups of atoms attached in place of the hydrogen, molecules that play a wide range of roles in the mechanisms of life.

If silicon were to stand a chance of being a carbon alternative, it should be able to form its own equivalent of benzene – and, as the name suggests, that’s what hexasilabenzene tries to be. A variant of it was first produced in 2009 at Imperial College in London, 23 years after its existence was theorised by a Japanese group. But how different it is from its carbon cousin. As one of the Imperial team, Henry Rzepa, commented: ‘What is stable and normal for carbon is unstable for silicon, and by the same token what is unstable for carbon is stable for silicon. It’s an upside-down world.’ 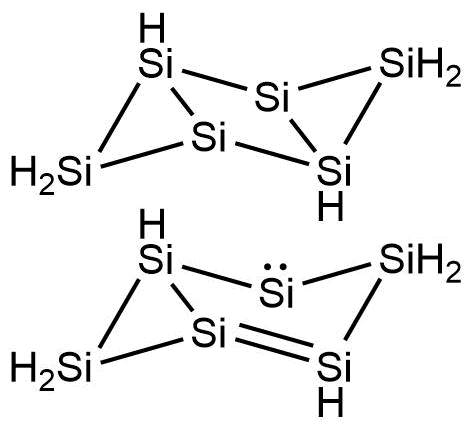 A diagram of the silicon-based molecule gives the impression of a benzene ring that has been in a traffic accident. It is distorted into a shape like a pair of triangles attached to a trapezium, one triangle isolated by an extra bond. Most interestingly to chemists, its ‘aromaticity’ – the way that the electrons are shared around the ring – is quite different from that of benzene.

In the familiar hydrocarbon, alternating single and double bonds join the atoms, shifting around the ring. In the silicon equivalent, there is only one double bond plus a lone pair of electrons rotating around the central four atoms in the distorted ring to provide non-localised electrons. The rest of the bonds are single. And where benzene has a single hydrogen attached to each carbon atom, hexasilabenzene has the silicon atoms on the triangular parts with a pair of hydrogens and two silicon atoms in the central section without any at all.

The production of hexasilabenzene was a shock to those involved. The team had expected to produce a compound with just three silicon atoms, but instead produced green crystals that were stable enough to suggest an aromatic structure, for which the team came up with the term ‘dismutational aromaticity’. This structure was confirmed by x-ray diffraction.

While this compound has no practical use, it is a stark indicator of just how far silicon chemistry is from that of carbon. So, science fiction writers, by all means look for new and exotic ways to construct your alien lifeforms – but I suggest you stay away from the silicon.

That was Brian Clegg with hexasilabenzine and what it tells us about the outlook for silicon-based life. Next week, I’ll serve up another controversial compound – ractopamine, a feed additive given to livestock in the US but banned in the European Union. With a post-Brexit US-UK trade deal in the works, will we soon see ractopamine on British supermarket shelves?