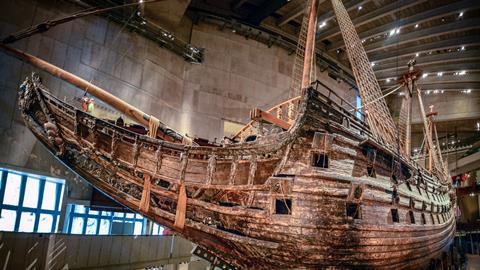 The simple polymer that preserves and protects ancient artifacts, and saved a historical Swedish shipwreck from complete collapse

This week, a saturated shipwreck saved by a scientific solution, with Kit Chapman… 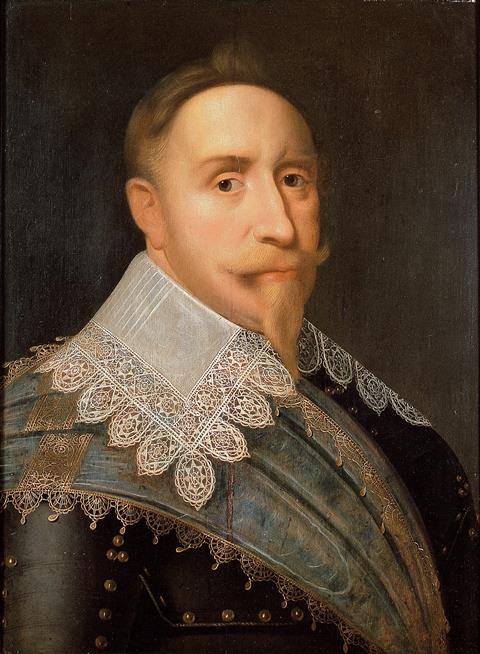 Gustavus Adolphus, King of Sweden and Lion of the North, is largely considered one of the greatest military commanders of all time. A masterful general who combined weapons, training and artillery, Adolphus single-handedly turned Sweden into a major power in Europe, leading it to a string of victories in the Thirty Years War. In 1626, according to Adolphus’ own designs, Sweden began to build the Vasa, a brand new flagship for his Navy. The ship was ornately decorated with carvings and metals, equipped with the latest weapons and given a sleek, thin hull. When she set sail in 1628, the Vasa represented everything to which the Swedish court aspired.

Sadly, Adolphus’ military genius didn’t extend to ship design. As the Vasa left harbour on her maiden voyage, she was caught in a stiff breeze. Too top-heavy above the waterline and narrow below it, the Vasa – still less than a mile out to sea – toppled over and sank, taking at least 15 members of the crew with her. It was the biggest embarrassment of Adolphus’ reign, although few were willing to point out who was at fault: when asked why the Vasa sank, shipbuilder Arndt de Groote simply replied: ‘Only God knows.’ 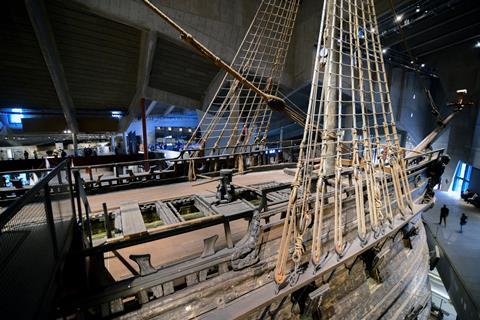 The Vasa, restored and on display at the Vasa Museum in Stockholm

But the Vasa’s story was far from over. Hidden 30m below the surface in the cold waters of the Baltic, the Vasa’s wreck was neatly preserved.In 1958, an amateur archaeologist called Anders Franzén decided to bring the ship to the surface. Working with the Swedish government, Franzén came up with several schemes to raise the wreck – including filling its hull with ping-pong balls – but eventually it was decided to lift it with cables. In 1961, 333 years after she sunk, the Vasa returned to the surface. 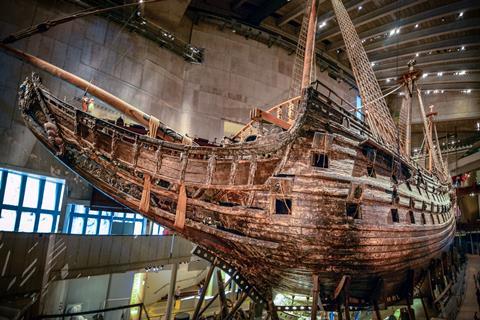 But even though the Vasa was in good condition, the hull was a bit soggy: every 1kg of wood contained around 1.5kg of water. If the Vasa was just left to dry, it would shrink, warp and collapse. Desperate to look after their wreck, the Swedish team turned to chemistry. Polyethylene glycol, or PEG, is a group of organic polymers, made up of long chains of carbons with at least two ether groups. Safe to use and soluble in water, PEG offered a perfect substitute to the water in the wood: the waxy substance wouldn’t evaporate away and could replace the missing cellulose in the Vasa’s wood to give the ship the structural strength it needed. 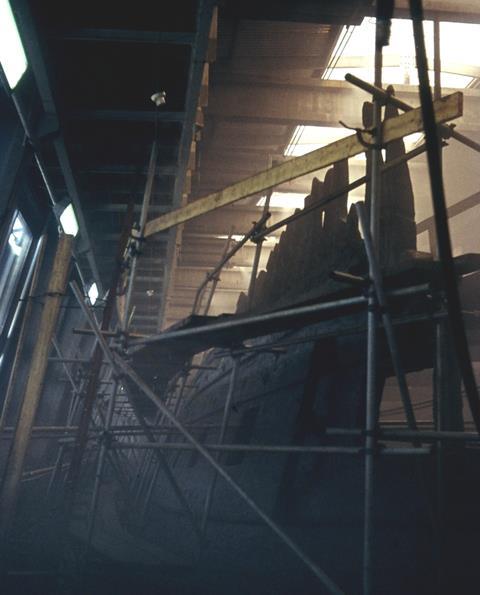 Vasa during the early stages of conservation at the Wasa Shipyard

For the next 17 years, the Vasa received a chemical shower of PEG, the entire hull being continuously hosed down by the chemical mix. At first, the mix also contained boron salts, designed to kill off any microorganisms in the wood and keep them from devouring the hull. Two decades after the treatment started, the Vasa was allowed to dry out – a process that still isn’t complete today – and the hull was given a thick, high-density PEG solution as a waxy seal to stop the wood absorbing any water from the air.

Today, it’s easy to see that the PEGs used have done their job: the Vasa is kept in the heart of Stockholm in a dedicated museum, open to the public. Rather than collapsing in the cold Swedish air, the Vasa was perfectly preserved, its ornate hull and smooth lines almost exactly as they were on the day of its sinking. In fact, the Vasa’s preservation has been so successful that the PEG shower technique has been repeated with similar finds. Today, PEG is used to preserve shipwrecks, such as the Mary Rose in Portsmouth, UK, and artefacts dug up from damp mud, such as the Terracotta Army in Xi’an, China. 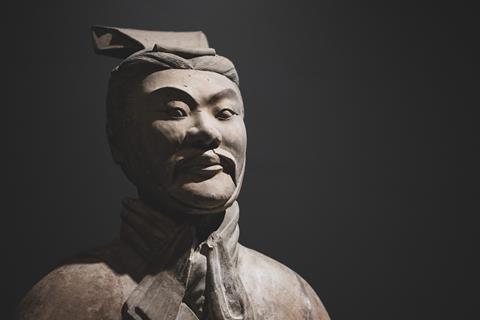 Only God may have known what sank the Vasa, but the chemistry that keeps it preserved is nowhere near as mysterious.

Kit Chapman, on protecting precious artefacts with PEG. Next week, Kat Arney unearths a story of an overlooked female researcher in the search for the origins of cancer drugs found in plants.

The next step was to isolate the active ingredient in the plants. Czajkowski-Robinson had already recommended that the team try a technique called chromatography to purify the compound, but it wasn’t until a chemist called Charles Beer joined the lab in 1954 that it was actually done.

Join Kat next time. Until then, you can email chemistryworld@rsc.org or tweet @chemistryworld with any ideas for compounds to add to our collection. I’m Ben Valsler, thanks for listening.