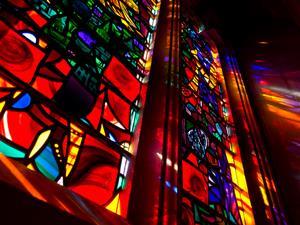 This week, an odorous, colourful compound with a range of uses. Brian Clegg explains more.

One of the best known compounds of the element selenium, there is something rather special about selenium dioxide, sometimes give the name selenonyl. Produced by burning selenium in oxygen, unlike most oxides it forms a long, straight polymer, featuring a chain that alternates between selenium and oxygen atoms. This means that each selenium atom, except those at the ends of the chain, is linked not to two, but to three oxygen atoms, one with a double bond, which extends at right angles to the chain, and a pair either side with single bonds.

When heated, selenium dioxide sublimes at around 350°C to produce a greenish yellow vapour with a unique odour that is generally described as vile and smelling of rotting horseradish (an image that creates concerns about the dietary habits of the chemists who realised this). When dissolved in water, it forms selenous acid, which is how the oxide is often used in reactions.

In practical terms, selenium dioxide makes a dramatic colourant in glass making. The substance itself is somewhere between white and yellowish pink in colour, but it imparts a rich, red tint to glass. When added to the melt in small quantities it can counter the blue tint that often is produced by traces of cobalt in the silica from which the glass is produced, and on a larger scale it gives glass a magnificent deep red.

A more functional colouring role is found in the process of ‘bluing’ steel, traditionally performed by heating the steel until the protective oxide gives it a blue-grey sheen that protects against rusting. This effect, which is most frequently associated with gun metal, can be patched up when scratched with ‘cold bluing’, a chemical process where selenium dioxide solutions are painted on to provide a touch-up to a damaged surface. Another specialist colouration use is as a photographic toner, where a reaction with a selenium oxide solution converts the silver in a photographic print to silver selenide, giving the image a brown tint that can have shades of red or purple depending on the concentration of the selenium oxide. This was, and occasionally still is, used to obtain a visual effect and also employed for archival reasons, as the toned images can have twice the shelf-life of the original silver versions. 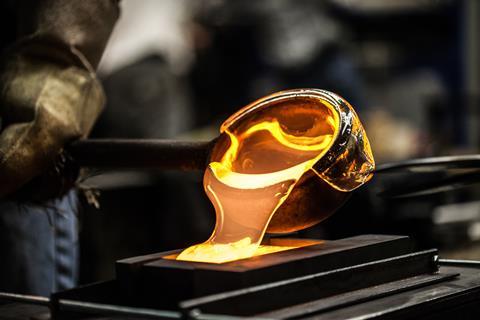 From a less aesthetic viewpoint, selenium dioxide plays a practical role in organic reactions. It is used to oxidise a number of organic compounds, such as the conversion of paraldehyde – a triplet of acetaldehyde molecules linked in a cyclic form – to glyoxal, which is effectively the simple alkane ethane with four hydrogen atoms replaced by two oxygens. This is useful as glyoxal then provides an excellent building block for organic synthesis. The resultant selenium drops out in its most common red allotrope. As early as 1947, selenium dioxide was reported in Nature as being used to oxidise more than three hundred different organic compounds.

When a selenium dioxide solution is mixed with concentrated sulfuric acid it produces a fluid known as Mecke reagent, which is used by a number of agencies to provide spot tests for a range of illegal substances from LSD to opium (as well as more common substances like codeine and sugar), as it undergoes a colour change that indicates the material that is present.

Although oxidation is a primary role for selenium dioxide in solution, the compound itself has anti-oxidant effects and is added in small quantities to some specialist lubricating oils to prevent their oxidation. For the future, selenium dioxide has been used experimentally in the production of selenide semiconductor nanocrystals, which have exciting potential uses in forming quantum dots: semiconductors that are small enough to undergo quantum effects and that are being investigated for use in quantum computers, specialist transistors and tiny lasers and LEDs.

It seems strange that a compound largely noted for its distasteful smell should play such a synesthetic role in colours, from the rich ruby red of silicon dioxide in glass to a colourful indication that distinguishes between dangerous drugs and everyday materials. But selenium dioxide is more than ready to make use of its molecular structure and strut its stuff.

Science writer Brian Clegg there, with the chemistry of selenium dioxide. Next week, we get psychedelic.

‘The sacred mushroom takes me by the hand and brings me to the world where everything is known.’

These are the words of Maria Sabina, a Mazatec shaman from southwest Mexico, describing the psychedelic effects of magic mushrooms.

And Simon Cotton explains the chemistry behind these effects in next week’s Chemistry in its Element. Until then, thank you for listening, I’m Meera Senthilingam.