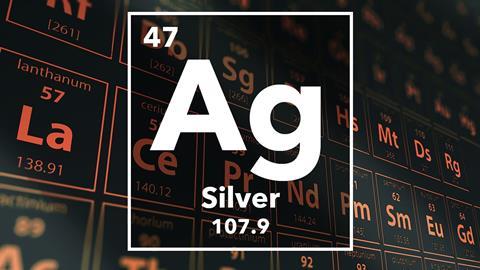 The sought after element that gave us the photograph

Hello! Welcome to Chemistry in its element. This week, we're demystifying the element behind the photograph and to cross your cognitive palm with silver, here's Victoria Gill.

Its lustrous shine has been coveted since ancient times. It's not just rare or precious, as its more expensive cousin, gold, but there is evidence from as early as 3000 BC that humans extracted silver from naturally occurring silver sulphide deposits in rocks to make coins and jewellery. These coins actually form the basis for the economies of some ancient Mediterranean civilizations. It's a soft and pliable metal with a relatively low melting point and that means it can be hammered and moulded into shape, so the same metal that was used to make money that was gradually outdated could also be transformed into vases, platters, cutlery and goblets; tableware that has created displays of household wealth through the centuries. But a gleaming collection of silverware isn't easy to maintain. The metal reacts with sulphur in the air, rapidly forming a dull, dark silver sulphide tarnish that has to be polished off. So it's a high maintenance element; another reason why it has always been outshone by gold. But the same chemical properties that tarnished its image let it to make another mark in history, by allowing history itself to be recorded in the photograph. 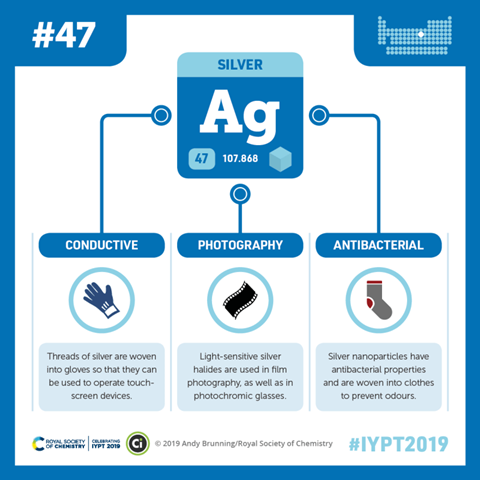 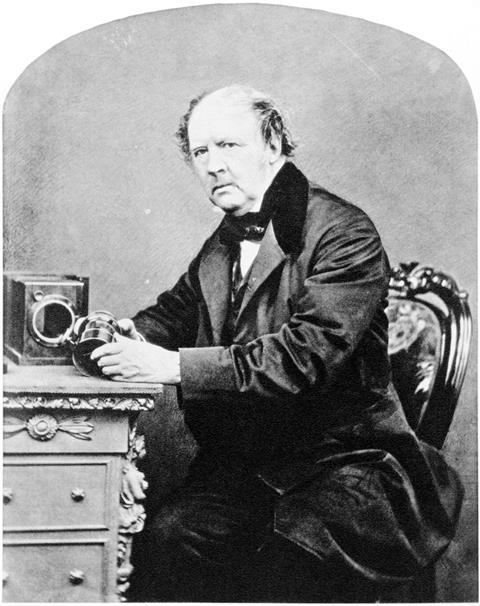 In 1727, a German physicist called Johann Heinrich Schulze found that a paste of chalk and silver nitrate salt was blackened by light. He used stencils to produce black images with the paste. This reaction, the dawn of photography, was all thanks to the fact that silver salts are sensitive to light. A photon of light hitting the negative nitrate anion frees an electron, which ultimately combines with the positive silver ions to make neutral silver metal, darkening the surface of the material. When in 1840, Henry Talbot discovered an additional chemical twist, that is so called latent silver image, that had been briefly exposed onto a layer of silver iodide could be revealed using gallic acid, the effect was seen as magical, a devilish art. But this mystical development of an invisible picture was a simple reduction reaction; the gallic acid helping to reduce photosensitized silver ions into silver metal. Hollywood could never have existed without the chemical reaction that gave celluloid film its ability to capture the stars and bring them to the aptly dubbed silver screen. 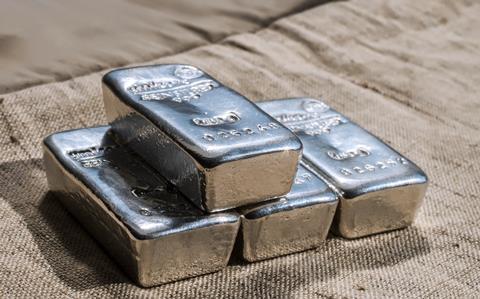 Digital photography may now have eclipsed the silver image, but the metal's ability to conduct has given it an important role in the digital age. Silver is used on circuit boards and in batteries, where the conduction speed is needed that copper for example, can't quite deliver. Even its most outdated properties are making resurgence. With new antibiotics running thin, a few researchers are returning to silver as a coating to keep the bugs at bay. Silver metal is toxic to nasty bacteria, but not to us and there is even a tiny amount of it in our bodies, but that's yet to give up the secret of why it's there. For me, rather superficially, it's always been gold's subtler, prettier counterpart.

Victoria Gill uncovering the secrets of the element that gave us the silver screen. Next time on Chemistry in its element, John Emsley introduces a chemical that's mostly fallen from favour, perhaps with good reason.

This trouble-making element has attacked the ozone layer, and its mere presence has caused entire reservoirs to be drained.

And you can hear John Emsley telling the story of the brown element, bromine, on next week's Chemistry in its element. I'm Chris Smith, thank you for listening.   See you next time.