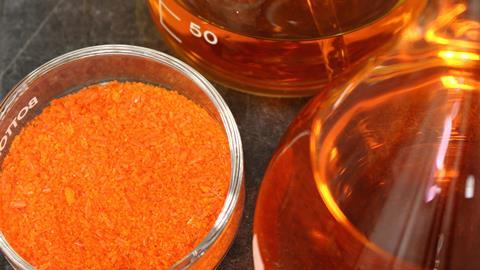 The compound at the heart of the Erin Brockovich story

This week, the compound at the heart of a multi-million dollar legal case and an Oscar nominated film. Here’s Michael Freemantle.

You may have heard of Erin Brockovich. She was the subject of a film of the same name released in the year 2000. The film was a box office success and highly acclaimed by critics. Julia Roberts won an Oscar for best actress and several other awards for her starring role as Brockovich in the movie. 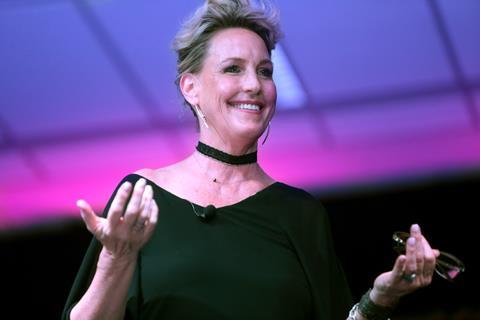 The film dramatized Brockovich’s struggle as an environmental activist and legal clerk in a law firm against the Pacific Gas and Electric Company. The company, she alleged, had contaminated drinking water with wastewater containing hexavalent chromium at Hinkley, a town in southern California. The source of the pollution was the company’s natural gas pipeline compressor station located some two miles away.

Hexavalent chromium is also known as chromium(VI). Compounds containing this form of chromium have a wide variety of uses, for example, as corrosion inhibitors and for the manufacture of wood preservatives, inks, paint pigments and other products. They are also used for chrome plating and in the manufacture of stainless steel. Sodium dichromate, an orange red compound, is an example of a hexavalent chromium compound. 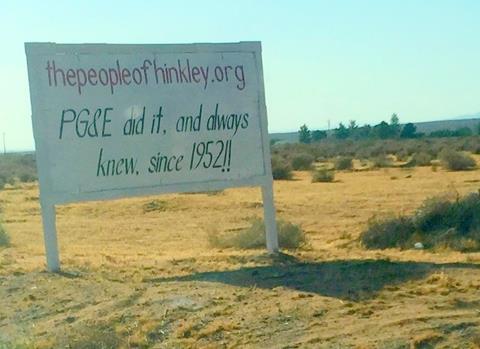 At the Hinkley compressor station, sodium dichromate was added to the water in cooling towers to prevent the formation of rust. The wastewater from the towers was discharged into shallow ponds. Water from these ponds seeped into the groundwater feeding into the wells that were used to provide drinking water for the town’s residents.

Hexavalent chromium compounds are well known human carcinogens. Brockovich unearthed evidence that cases of cancer and other illnesses in the town could be linked to the presence of hexavalent chromium in groundwater. 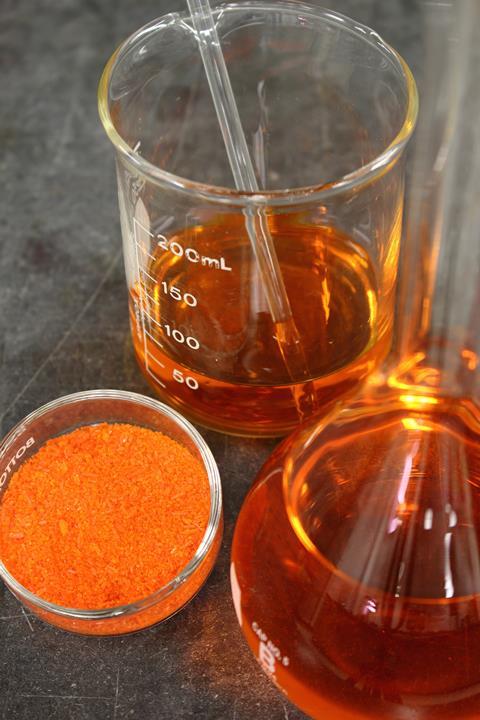 To take just one example, sodium dichromate has played an important role in the production of chrome yellow. The Dutch artist Vincent van Gogh relied on paint containing this pigment for his famous still life series of paintings known as Sunflowers. The chemical name of chrome yellow is lead(II) chromate. It is a hexavalent chromium compound prepared from sodium dichromate by reactions with potassium chloride and then lead nitrate.

The use of sodium dichromate and other hexavalent chromium compounds is now facing a major problem. Because these compounds are carcinogenic, the European Union has decided to ban their use. It has imposed a sunset date of 21st September 2017 on sodium dichromate. Other hexavalent chromium compounds have later sunset dates. Exemptions may apply for specific uses over a limited period, but this will require authorisation. The ban falls within the union’s regulations known as REACH, which is an acronym for Registration, Evaluation, Authorisation and Restriction of Chemicals. 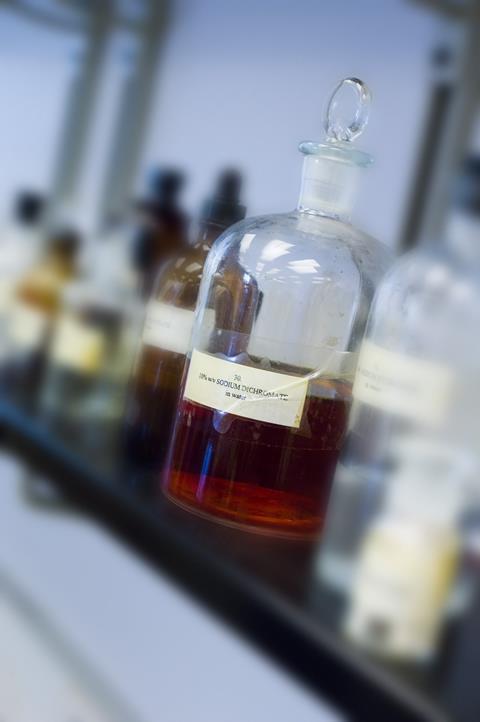 A document published by the Occupational Safety and Health Administration in the United States notes that since the year 2000, there has been a decline in the use of hexavalent chromium compounds as pigments for paints and other materials. It adds that employers are replacing the compounds with less toxic alternatives. Even so, some experts believe that, for many applications, it will be difficult to replace hexavalent chromium compounds with equally effective but safer compounds.

As for Erin Brockovich, her activities at Hinkley culminated in a lawsuit against the Pacific Gas and Electricity Company. The case resulted in a $333 million settlement in 1996 for the town’s residents. Brockovich received a $2.5 million bonus from her law firm and went on to work on other anti-pollution lawsuits.

That was Michael Freemantle with the story of sodium dichromate. Next week, Neil Withers explores a situation all too familiar to many of us.

Inside the cabin, my eyes were telling me everything was stationary. But my mechanisms of balance could tell that the boat was still pitching up and down violently. The result of that disconnect between eyes and inner ear was seasickness.

So get on board with Neil next week to explore one of the compounds we use to treat seasickness. Until then, let us know if you have any compound suggestions – email chemistryworld@rsc.org or tweet @chemistryworld. I’m Ben Valsler, thanks for joining me.