Common sense, the Turing test, and the quest for real AI 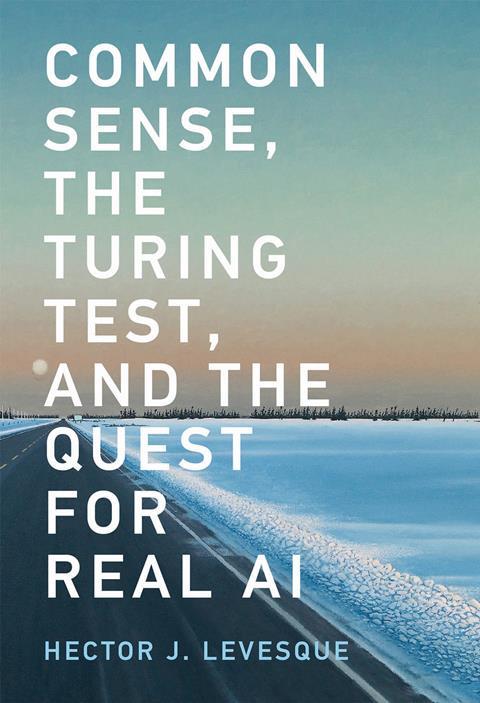 As a big fan of Iain M Banks’ Culture novels, I was highly motivated to read Common sense, the Turing test, and the quest for real AI, if only to find out just how soon a civilisation that has spaceships with personalities would become possible. I was surprised to find that only the last chapter of this very accessible introductory text is devoted to actual artificial intelligence (AI) technology.

As Levesque explains, to produce thinking machines – or even just machines that we think are thinking – we first need to understand exactly how we think. So after a brief overview, most of the book is devoted to the fascinating intersection of psychology and computer science, and to a particular class of AI known as ‘good old fashioned AI’. First proposed in the 1950s, researchers in this field aim not to produce machines that have learnt from huge datasets, but to construct computers with common sense. And, as you might imagine, defining common sense is a complicated task.

Stephen Hawking once wrote that each equation included in a book halves the audience. But Levesque’s easy and conversational writing style, with frequent sci-fi and popular culture references, make for an enjoyable read. And I found that the many snippets of computer code he includes along the way actually added to the book’s readability rather than detracting from it.

With several experts warning of potentially dire consequences of runaway AI, even the most rational among us might be concerned about the brave new world we are heading for. Levesque tackles these fears head on in the final chapter, reassuringly quoting Arthur C Clarke’s first law that ‘when a distinguished but elderly scientist states that something is possible, he is almost certainly right. When he states that something is impossible, he is very probably wrong’.

Overall, I would say Common sense, the Turing test, and the quest for real AI is an excellent short introductory read on a fascinating topic. It is ideal for anyone not in the field of AI who wants to be more informed and less worried about what it means for our future.