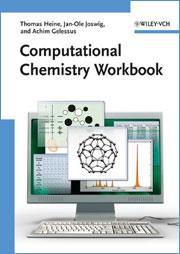 This book represents a refreshing attempt to empower advanced undergraduate and masters level students of chemistry to take control of their learning. Each of the 16 chapters takes a topic, presents an exposition of some of the essential underlying theory, and then poses an open-ended problem that the reader has to explore with the aid of software. The topics are drawn from the centre ground of theoretical molecular physics: molecular structure, vibrations, electronic structure, thermochemistry and molecular dynamics, and are supported by software provided on an accompanying CD.

There are some elements of detail about which one could be critical for example; occasional strong emphasis on concepts such as Slater’s rules which have waned in their usefulness; occasional cloudiness in the use of dimensions and units; an emphasis on the ’movie’ and annealing optimisation facets of molecular dynamics at the expense of its role in computational thermodynamics; occasional puzzlingly indiscriminate use of typewriter font to indicate anything that could be typed into, or come out of, a computer. However the overall effect of these minor matters does not outweigh the strength of its broad-brush approach.

The exposition of some of the subject matter is also in places puzzling; it is not completely clear what is the role of presenting a rather low-level listing of the basic ideas of atomic orbitals, or an exposition of the principal results of molecular statistical mechanics, for example; the ideas are presented somewhat incompletely and without strong reference to other texts, and not completely consistently between chapters.

The real strength of the book is that it pushes responsibility for advancing understanding firmly into the hands of the student through the problem-led approach. The problems themselves provide a nice bridge between solvable textbook models and real-world computational chemistry, and offer invaluable support to a student who is serious about developing understanding. It is a welcome addition that complements existing learning tools.