It would be cool if you could build a nuclear reactor, wouldn’t it? Knowing the science behind it all and putting that into action to power the whole world just sounds marvellous, doesn’t it? The premise of Craft Elements sets out to enable just that. You can build a nuclear reactor armed only with limited resources and your knowledge of the periodic table, electrical theory and radioactive decay. Ensuring heat and electricity are provided where needed, you’ll succeed where many others have failed. It is a shame then that the execution of an excellent concept – and an example of very few real science games – is so disappointing. 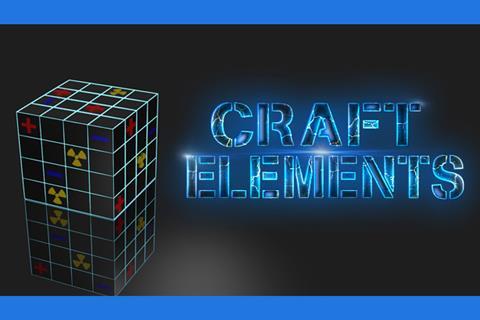 Your view is first-person and the environment in which you play is a three-dimensional room detailed with grids illustrating where you can place blocks. You have the capability to place regular blocks, which need some support, or magnetic ones that stay in place on their own. Either can be made of any element – provided you have enough protons. Your choices will depend on what you are trying to achieve, which when boiled down to its essence, is transferring heat and electricity from the power source to other parts of the room. To that end it is a puzzle game – you need to solve the equation of resources and goal. There are four game modes including ‘build from scratch’ and ‘fix a failed reactor’, but all are variants on the same core gameplay loop and mechanics.

An understanding of chemistry or other physical sciences is an advantage. You cannot just randomly place blocks and expect everything to work. Given finite materials, you need to make heat and electricity flow efficiently, but even getting transfer to occur can be a challenge. You need to think about the blocks you are creating, their temperature and potential, plus everything else that could lead to catastrophic failure. The game likens itself to Minecraft, where you build any imaginable world. But here, you are cramped and if you do not know your chemistry, you will struggle. Even if you do, the challenges can become tedious quickly.

Ultimately any game should enable you to pass the time in an entertaining way and compel you to come back for more. Craft Elements is frustrating, confusing – despite the tutorials and help, which is good but not comprehensive – and downright difficult to enjoy. It is a science-based puzzle game that chooses to focus on the complexities of the real world. But it tends towards simulation at the expense of enjoyment, meaning it is educational but not at all fun.