Gene Machine: The Race to Decipher the Secrets of the Ribosome 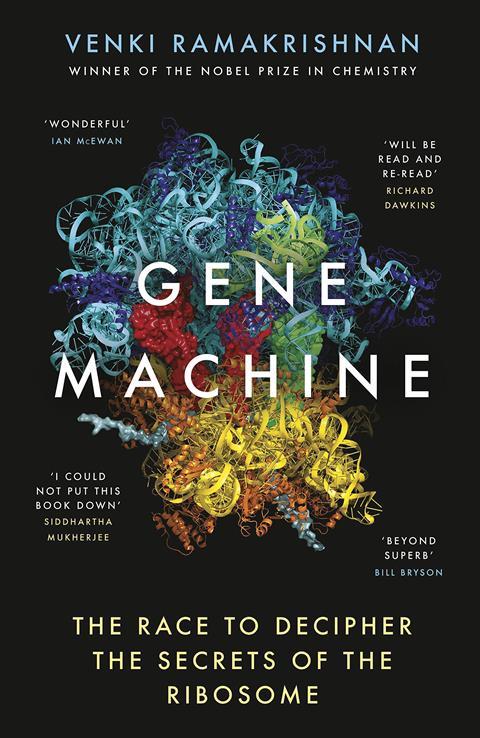 7 October 2009 didn’t start well for Venki Ramakrishnan. Halfway to his lab at the Laboratory of Molecular Biology in Cambridge, UK, his bike got a flat tyre so he had to walk the rest of the way. Already grumpy when he arrived in the office, he then had a joker call him up pretending to have an important call from the Swedish Academy of Science. Only this was no prank, it really was the Nobel committee calling to say he had been awarded the Nobel prize in chemistry for his work on the structure and function of the ribosome.

Gene Machine is about Ramakrishnan’s personal and scientific journey from physics student to chemistry Nobel laureate. And what a journey it is: full of awkward relationships, comedy errors and full-blown disasters alongside the pure joy of discovery.

Ramakrishnan’s writing is candid and engaging. Both scientists and non-scientists will enjoy his story thanks to the excellent balance of details and accessible explanations. What I think he does particularly well is illustrate the process of doing science. It rarely happens in a straight line: collaboration and competition drive scientific progress, as does luck and persistence.

I was surprised by how many big names in chemical biology get a mention, a fact that also corroborates Ramakrishnan’s cronyism criticisms of the Nobel prize. It was interesting to understand a winner’s opinions on the pros and cons of the award not long after reading a book by someone who had missed out. I also enjoyed the little details about his experience in Stockholm – from what he thought about his co-winner’s speech to stepping on the gown of the crown princess of Sweden.

Venki writes that an article on the ribosome in the magazine Scientific American sparked his interest in the field – I’d love to think that Chemistry World articles have likewise influenced the career paths of our readers. Gene Machine, however, will undoubtedly inspire younger readers to hop on the rollercoaster of scientific discovery and encourage those who are already on it to persevere.