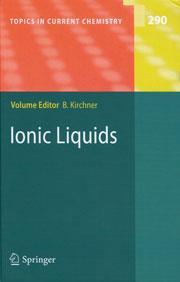 In the last decade ionic liquids have moved from relative obscurity to something that most chemists and chemical engineers are now very aware of. At present, the interest in ionic liquids shows no sign of abating. Indeed we appear to be entering an exciting new chapter, where ionic liquids are being examined as materials for a diverse range of applications; from electronics to medicine. For those new to the field and wishing to begin exploring the use of these materials for their chosen area, it can be a daunting task to become familiar with their properties via the literature. Therefore, Ionic liquids  from the Topics in current chemistry  series is a valuable resource for the newcomer, as the book primarily focuses on the fundamentals.

Appropriately, the book begins by discussing approaches for the synthesis, purification and characterisation of ionic liquids. This can be a significant challenge for any novice and proficiency in this area is important no matter what the application. The majority of the chapters survey topics that will allow the reader to obtain a greater understanding of ionic liquids and their properties. For example, the book covers essential areas such as thermophysical properties, spectroscopy, the strength of ionic liquid-solute interactions (polarity) and the influence of ionic liquids on chemical reactions. There are also reviews on theoretical investigations that attempt to understand

and predict the physicochemical properties of ionic liquids. Additionally, there are chapters that discuss areas of growing importance, such as the use ionic liquids for heavy elements, processing biomass and the synthesis and application of functionalised ionic liquids (so called ’task specific ionic liquids’).

In summary, the book is an excellent text for those who are new to the field and it would also serve as a useful reference for more experienced practitioners.

An introduction to ionic liquids 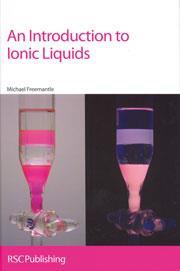 The last 10 years have seen the subject of ionic liquids change from a small, academic curiosity to a vibrant research area with strong industrial applications. In 2009 alone there were nearly 4000 articles published on the topic making this a fast moving area and one that is at times difficult to keep up with.

With such activity also comes a lot of hype and it has been claimed by some that ionic liquids is currently the most reviewed subject in chemistry. So what is the selling point of this work and is there a market for yet another review of ionic liquids?

At first read all I could see was the things I thought had been omitted, and then I re-read the title and appreciated the vast wealth of things that had been included. Sure, there are more in-depth reviews and more authoritative books, but what there is not currently is a better written introduction to such a diverse topic.

One of the attractions of this book is the style of the author: Michael Freemantle is not the typical academic author, but rather has a long and distinguished background in publishing. Many will know him as feature writer for Chemical and Engineering News  where he wrote numerous articles on ionic liquids. What Michael brings to the book is a clear and concise style that makes it easy for the novice to quickly assimilate information.

The book covers a wide landscape of topics, from the physical properties through catalysis, synthesis and electrochemistry and includes analyses of the green credentials and industrial applications. For researchers who have already got their fingers wet with ionic liquids this book is interesting but not essential, but for those about to dip a toe for the first time this is a must-have introduction.