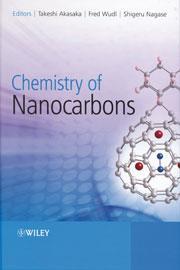 The editors aim to provide the most up-to-date research on chemical aspects of carbon nanomaterials and to that end have provided a comprehensive presentation, although naturally not exhaustive, aimed for the serious research scientist. The balance of the chapters is heavily focused on fullerenes and carbon nanotubes, which is understandable due to their weight of research in the previous decade. However, there is a lasting impression that the chapters have been nailed together rather than planned to form a cohesive collection, as exhibited by repetition of concepts across several chapters, the presence of grammatical and spelling mistakes and inconsistent referencing styles from chapter to chapter; I would like to know what is meant by the term ’selective fictionalisation’ of carbon nanomaterials.

The book does not provide a critique of previously published material and it does raise questions. For example, why is the dedication missing three discoverers of C60? Why is Iijima-sensei always listed as the discoverer of carbon nanotubes?1 Why is there no mention of removing oxidative lattice fragments, a.k.a. fulvic acids, in the ’covalent’ chemistry of acid-oxidised carbon nanotubes? 2

Certain chapters often favour detailed physical chemistry and materials science rather than synthetic chemistry, which would have been preferable for nanodiamonds and graphenes as these contain exciting recent developments for the experimental researcher. Moreover, a number of chemical reactions are missing, eg surface chemistry of carbon nanomaterials with silica, so the book does fall short on some of its objectives. However, despite these few grumbles, the book does provide a useful reference resource for the topics covered and is a likely addition to the international bookshelf.