Dry Store Room No. 1. The secret life of the Natural History Museum

I visited the Natural History Museum (NHM) in South Kensington many times when I lived in London and have gone back periodically ever since. The Victorian building is magical in itself and every time I visit I see something else in the stonework that I’ve never seen before. From the Diplodocus  in the entrance hall to the giant metallic globe in the Visions of Earth gallery, it is a magical experience for adults and children alike. 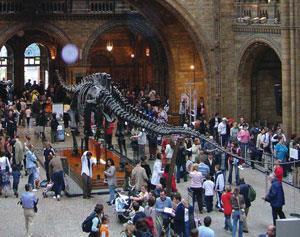 Things have changed a lot from the rather stuffy Victorian glass display cases to the interactive and multimedia presentations of today. Children are, of course, fascinated by the dinosaur and the human biology galleries, but there is a huge variety of exhibits from the plant and animal worlds to rocks, fossils and gemstones.

Richard Forty, the author of this fascinating book, was a senior palaeontologist at the NHM until his retirement in 2006. In addition to his researches in tribolites, he has made his name as a lucid science writer. For example, in 1993, Fortey’s The Hidden Landscape  was named the Natural World Book of the Year and his The Earth: An Intimate History  was shortlisted for the Aventis science writing prize in 2005.

In Dry Store Room No. 1  Fortey brings together his intimate inside knowledge of the workings of the NHM with his beautiful writing style. It provides a window into the inner workings of the museum, the often-flamboyant characters who have been associated with its development, and the ordinary people who work behind the scenes. What the public sees on a visit is, of course, a very small part of the treasures in the museum and behind the Red, Green, Blue and Orange zones of today lie a huge amount of unsung research in laboratories hidden from public view.

There is a chapter on the nomenclature of biology and Fortey is to be complimented in making the esoteric and often boring subject of taxonomy into something interesting. This subject is actually very important and reclassifications in taxonomy, and hence in ancestry, have led to wholesale changes in the museum layout. Fortey’s own speciality of palaeontology gets a chapter, of course, followed by a rapid sweep through animals, plants and rocks (including meteorites).

Throughout this beautifully written book we are given insights into the people involved in gathering the superb collections of the NHM - the men (and women) who collected specimens from all over the world - and the directors and administrators who have wrestled with such conflicting issues as scientific research, public display and funding. We are also given some insight into how the museum has survived both the attentions of specimen fraudsters and the effects of two world wars.

I would thoroughly recommend Dry Store Room No. 1  to anyone interested in one of our great national institutions and, after reading the book, I feel I must myself have another visit to the NHM soon - my daughter keeps pestering me that it would help her with her coursework.