Science in Moscow: Memorials of a Research Empire 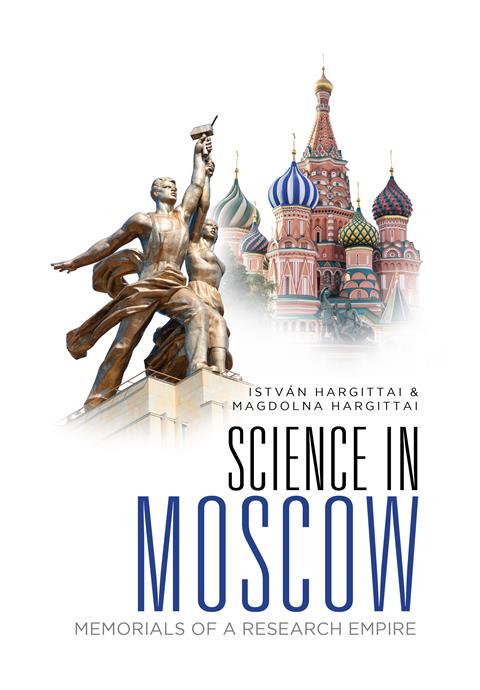 Science in Moscow demonstrates how the study of science, at least in the recent past, was a very insular venture for the world’s largest country. The sheer number of public monuments to scientists in the Russian capital simultaneously shows the reverence the state had – or maybe still has – for science, and suggests at a lack of international recognition. The statuary and monuments catalogued in this impressive body of work are accompanied by descriptions of the subjects, their work and achievements.

Commonly the scientists are unfamiliar or names half-remembered, such as Valery Legasov, deputy director of the Kurchatov Institute of Atomic Energy, now familiar thanks in part to HBO’s Chernobyl. Figures of great acclaim such as Dmitri Mendeleev and Yuri Gagarin are featured in public monuments the scale and style of which can only be described as Soviet. Though an aesthetic not known for subtlety, a few abstract examples as well as some more humble pieces are to be found. The majority of the book covers simple busts of notable scientists scattered throughout the city.

Very few women are featured. This is compounded by some of the more curious subjects, such as Laika the dog, one of the first animals in space in 1957. The book also takes in several museums, institutes and cemeteries in its stride to map of the city’s monuments to its heroes. The authors, Istvan Hargittai and Magdolna Hargittai both of the Budapest University of Technology in Hungary, have previously produced Budapest Scientific and New York Scientific, the results of similar research.

Science in Moscow is a curiosity; it is neither a complete history of science in Russia nor a guide to Moscovian public art. A catalogue is probably the closest to describing it, particularly given its large format. A more portable version might have made an interesting companion for a wandering scientist visiting the city. Overall, Science in Moscow is quite a niche book and though it isn’t a simple list of achievements, it isn’t a great deal more.