Spinach on The Ceiling: The Multifaceted Life of a Theoretical Chemist 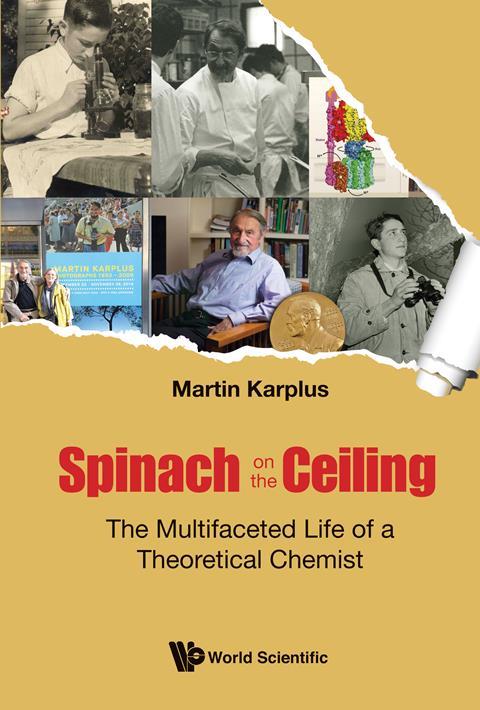 Martin Karplus won the Nobel prize in chemistry in 2013 for the development of multiscale models for complex chemical systems. Growing up in the 1930s, he was forced to flee his native Austria as a Jewish refugee in the years leading up to the second world war. This autobiography details the events of his life from pre-war Austria, through his time as a student and his scientific career, all the way up to receiving the Nobel prize and beyond.

The book begins with Karplus’ long family tree, listing over 200 years of his ancestors’ movements and occupations, which gave me a sense of how the Jewish community fared across Europe in those years. During the early chapters of the book, which describe Karplus fleeing from Nazi Austria and growing up in America, it is surprisingly difficult to gauge a real sense of the man’s personality. Instead, the focus tends to be on documenting singular events and achievements, rather than displaying any sense of emotional connection to them. This makes the narrative feel a little impersonal and distant, and the sense of intimacy that I expect from an autobiography is often lacking; there is no account of Karplus meeting his first or second wife, for instance, or the birth of his children.

However, a large chunk of the book is devoted to Karplus’ career. The science is comprehensive and pretty heavy – not the most accessible for people without a good working knowledge in structural biology or computational chemistry. These sections read rather like a lecture and are very well thought out. Virtually every single piece of information is sourced and cited. In my opinion, the scientific sections would work very well as reference or study material.

Throughout the book, there are numerous references to Karplus winning the Nobel prize, and I got the sense that this is an achievement of which he is extraordinarily proud – rightly so. The chapters detailing this feel more fondly written than the majority of the book.

Interspersed between the science and the Nobel prize material, there are several chapters devoted to photography and his sojourns working in kitchens across France and Spain. In these sections, he reveals a little more personality. But this is quickly tempered again, and Karplus resorts to listing various events that seem to hold significance to him though without giving the reader a real personal connection.

For those who have an interest in the deeper scientific aspects of Karplus’ work, this book is definitely worth a perusal. But the lack of emotive insight made me think that I was reading a CV, albeit a very extensive one. While the science discussed is fabulously accomplished and well presented, as an autobiography it left me feeling a little cold.