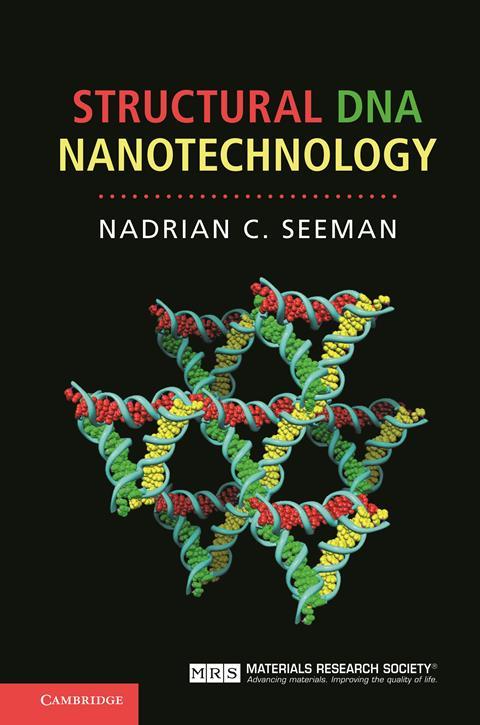 DNA nanotechnology is one of the most exciting fields of research, exploiting the information contained in genetic material to fabricate new materials with nanoscale control.

Nadrian Seeman’s Structural DNA nanotechnology takes the reader on a journey from the origin of the field to selected highlights and applications. The strength of this text lies in Seeman’s thorough approach in reviewing and explaining the foundations under DNA nanotechnology. The book is of broad appeal to scientists working in the field, as well as researchers approaching this area of study.

The first chapter reviews the origin of structural DNA nanotechnology, as experienced by Seeman himself, being the pioneer of the field. He explains the concepts of DNA sticky-ended cohesion and branched junctions, describing the chain of thought that led to the advent of DNA nanotechnology. This is done through personal anecdotes and inspirations – for instance MC Escher’s woodcut Depth – that make this book particularly enjoyable beyond its indubitable scientific merit.

The reader is taken through the basic principles of sequence design for different DNA motifs, while key concepts such as the generalisation of complementarity are discussed. This is followed by a review of the construction methods and characterization techniques employed in DNA nanotechnology.

After highlighting the development of rigid motifs, the assembly of DNA into larger structures is examined. Seeman furnishes this with his own personal motivation in the field: to self-assemble crystals, as repeating units in three dimensions.

The second half of the book initially discusses DNA devices that can produce mechanical action as both shape-shifters and walkers. The combination of structure and motion is further considered in a following chapter where the concept of a molecular assembly line is introduced. Notably, the advent of DNA origami simplified the combination of devices and structures, and a chapter is rightfully devoted to this important technique. Examples of 2D and 3D DNA origami structures are examined.

Finally, the last chapter highlights one of the major contributions of DNA nanotechnology to materials science: the ability to control and organise other nanostructures with nanoscale resolution.

This book is a must-read for anyone working with DNA nanotechnology. Seeman can be considered to be the father of the field, and this text comprehensively covers the tools needed to understand ‘what happens when the DNA helix axis is branched and how we can use it to make new molecules and materials on the nanoscale’.