The Poison Trials: Wonder Drugs, Experiment, and the Battle for Authority in Renaissance Science 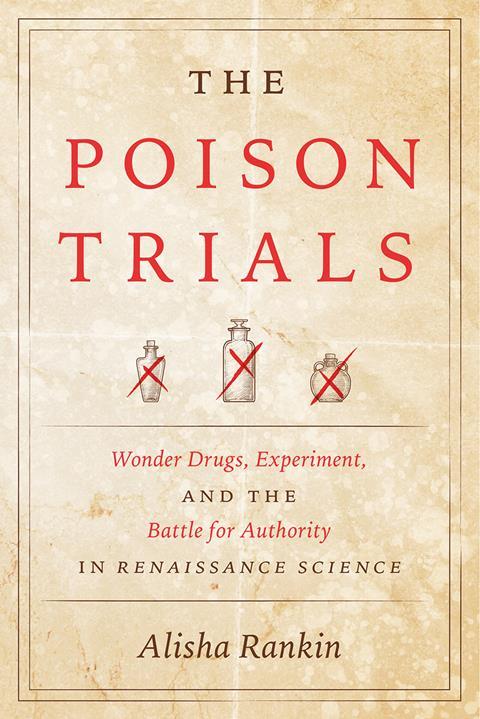 I’m sure none of us were left behind with fears about the ongoing political ruckus around containing the Covid-19 pandemic: be it the vaccines or drugs like the antimalarial hydroxychloroquine that researchers and politicians have been debating about as potential treatments. What’s important to underscore in this bunfight is the power struggle between scientists and clinicians versus politicians who want to not only secure their vote banks but also politicise a pandemic to their advantage.

As if we needed another warning about this power play, the historian Alisha Rankin from the Tufts University, US, brings us her half-a-decade’s worth of research in the disturbing monograph The Poison Trials. Rankin’s account is about the rulers of the post-renaissance period and their quest to find antidotes to killer poisons. Working with alchemists and clinicians, they were conducting primitive versions of clinical trials whose founding principles were just beginning to be laid.

Rankin has previously published scientific studies on poison trials conducted by people including a 16th century pope who tested an antidote on condemned prisoners and a German count who trialled an antidote on dogs. These were powerful people, attempting to keep themselves alive from enemy poisoning and plague by using their authority on human subjects.

In her gripping albeit academic book, Rankin goes to lengths to not just tell the stories, she also analyses them to reconstruct the journey of moving from coercion to informed consent in clinical trials. With this, Rankin succeeds in uncovering a part of history most readers might be unfamiliar with.

To me, however, the book loses its shine when the storytelling is interjected by deep analyses. Sure, Rankin is a great writer, otherwise her previous book Panaceia’s Daughters: Noblewomen as Healers in Early Modern Germany would not have won the 2014 Gerald Strauss prize for reformation history. But for a history enthusiast and a story buff like myself, I can only hope for a more narrative version in the future. Maybe this means this important subject gains wider populace beyond the academic reader that The Poison Trials seems to be intended for. Nevertheless, I have to give a standing ovation for the work that has gone into the book.

That said, Rankin’s concluding statement aptly summarises how the incidents described in this book are eerily resembling the ongoing Covid-19 politics. ‘As substances imbued with deeper medical and cultural meanings, poison antidotes and their related panaceas proved the catalyst for an enduring debate about the meaning of testimony, evidence, and proof.’ The title thus becomes a stark reminder of the consequences of mixing politics and clinical trials.