The Scientific Attitude: Defending Science from Denial, Fraud, and Pseudoscience 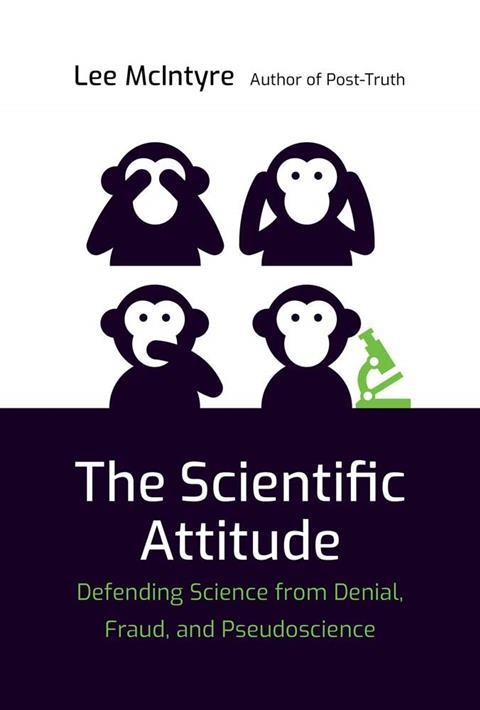 Distinguishing science from non-science and pseudoscience, or the demarcation problem, is a key issue in the philosophy of science and has important implications for society at large. Which research should public funds support? Should evolution be taught in schools? Is climate change a hoax? In his most recent book, The Scientific Attitude, researcher Lee McIntyre is not attempting to solve the demarcation problem, but argues that the scientific attitude is a key component to defining and defending science.

For anyone who has studied a scientific discipline to an advanced level, the ‘scientific attitude’ concept will feel familiar. Universities thoroughly outline the principles of good academic conduct, such as integrity, honesty and ethics, and warn against plagiarism and other misdemeanors. The early chapters of the book retread much of this ground.

McIntyre explores examples where adherence to the scientific attitude through rigorous study, respect for evidence, critical thinking and openness to new, well-founded ideas have resulted in successful scientific advancements. These are juxtaposed against studies where the scientific attitude is clearly absent and are therefore, by his definition, not scientific, and bear similarities to the approaches commonly seen in pseudoscience. The author examines science gone wrong, from common minor infringements to major fraud. However, he takes the somewhat reductive viewpoint that bad science arises primarily due to a lack of the scientific attitude, ignoring some of the realities of working in a scientific field. Funding agencies and universities only wish to support successful research, journals only value novel and ground-breaking studies and professional competition is fierce. Unfortunately, scientists are not always immune to this pressure and a deeper discussion of these issues would have been valuable.

Likewise, it would be worthwhile to discuss where the scientific attitude is applied. Should it just include those who conduct research? This is particularly relevant when regarding topical, politicised issues like climate change and evolution. Perhaps society would benefit from a better understanding of how research is conducted and results are interpreted because if the goal is to ‘defend science from denial, fraud, and pseudoscience’ you must be able to engage all audiences in the discussion. For this reason, works like The Scientific Attitude are important, though a general reader may struggle with the detail of the philosophical arguments and a scientist will be familiar with much of the discussion already. As such, the book is something of a sermon for the converted, but McIntyre does remind us of the good that can come from approaching science with the noble attitude that has advanced modern medicine from guesswork and intuition to the evidence-based practice it is today.