The value of an FRS

Does membership of the Royal Society affect careers? A trio in twentieth-century organic chemistry

Does membership of the Royal Society affect careers? A trio in twentieth-century organic chemistry 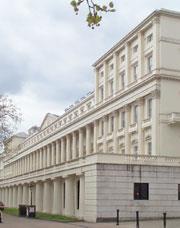 This short paper is part of a special issue of the Royal Society’s Notes and Records based on a 2010 conference called ’The Royal Society and Science in the 20th century’, marking the 350th anniversary of the society.

In this paper, Peter Morris discusses the effect of being a Fellow of the Royal Society (FRS) on individual careers, taking as examples three leading organic chemists in twentieth-century Britain who were connected academically - William Henry Perkin Jr (1860-1929), Robert Robinson(1886-1975) and Alexander Todd (1907-97). Did relatively early recognition deliver glittering careers?

Morris’s studies of the careers of these three men study shows that career advancement in twentieth-century chemistry was a complex interaction between scientific merit, social networks and that elusive quality, scientific reputation. Being an FRS is one element in this mix, but it was not the decisive one for these three chemists.

Thus, although it has been suggested that the leading supporters of Robinson and Todd were anxious to gain the prestige of an FRS for their prot?g?s before their interviews for the better chairs at Oxford and Cambridge respectively, Morris concludes that they were appointed as a result of their reputations as Britain’s leading organic chemists. It was their excellent connections (in some measure interconnections) and their own reputations which forged their careers rather than the possession of an FRS. It is remarkable how little competition these three chemists faced in their careers.

However, this paper does suggest that having a supervisor or mentor who is an FRS is a key factor both in achieving a glittering career and becoming an FRS oneself. This conclusion comes from a preliminary study by Morris of the supervisors (or other early mentors) of the officers of the Royal Society between 1940 and 1990. He quotes the example of Professor Robert Williams working in the new field of bioinorganic chemistry, who has had four FRSs among the ranks of his research students: Peter Day (1980), Allen Hill (1990), Christopher Dobson (1996) and Peter Sadler (2005).