God's philosophers. How the medieval world laid the foundations of modern science

God’s philosophers. How the medieval world laid the foundations of modern science 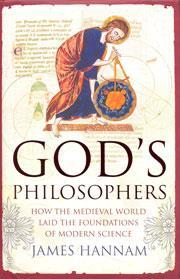 In the early 1900s, the philosophically-minded physical chemist, Pierre Duhem (1861-1916), wondered where Leonardo da Vinci’s apparently prescient ideas on mechanics had come from. Historical investigation soon showed Duhem that many of Leonardo’s ideas on statics as well as those of Galileo on mechanics and cosmology were not entirely original but had been first developed by medieval theologians and natural philosophers. The scientific sterility of the middle ages, as avowed by Renaissance humanists, Protestant propagandists and Victorian historians, was revealed as a gigantic injustice. Unfortunately, despite a further century of historical scholarship, the view still prevails among the general public that the centuries between the Greeks and the time of Galileo were ’dark ages’, and that Christianity inhibited the development of science until the Renaissance.

Hannam’s extremely well-written account of mediaeval theologians and writers in Oxford, Paris, and Bologna, as well as in the Islamic empire, is therefore to be welcomed. Skilfully using biographical vignettes, anecdotes and simplified versions of philosophical positions, he shows how the medieval mind provided four cornerstones for modern science: the institution of the university; technological advances in agriculture, printing, optics and clock-making; theoretical advances and thought experiments in mechanics and cosmology; and the exploitation of logic, reason and mathematics in the metaphysical analysis of the relations between God and his creation.

Apart from his under treatment of theories of matter developed by alchemists that has been uncovered by historians of chemistry in the last decade, Hannam’s scholarship is broad and up to date. He ends his exciting account with six chapters on the contributions of Copernicus, Kepler and Galileo. There he demonstrates (as Duhem had suspected) that their innovations were the culmination of four centuries of work by mediaeval mathematicians and natural philosophers. The book can be highly recommended as the very best kind of popular history.