Going green in the lab

From major rebuilds to cost-free measures, there are many ways to improve a lab’s environmental credentials, as Emma Davies finds out

‘We have two sets of criteria: cash and carbon,’ says Pete Licence, director of the GlaxoSmithKline Carbon Neutral Laboratories for Sustainable Chemistry at the University of Nottingham, UK. 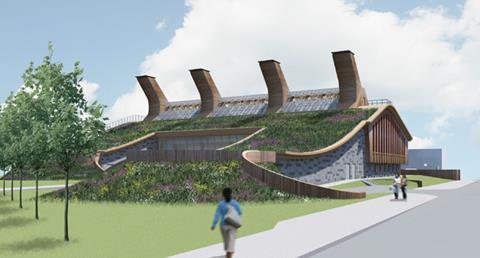 Currently under construction, the £15.8 million build is part-funded by UK pharmaceutical company GlaxoSmithKline (GSK). The university says the building will be carbon neutral in 25 years – the time it will take for excess energy created by the building to provide enough carbon credits to ‘pay back’ carbon used in its manufacture.

‘In the context of this project, carbon is really important,’ Licence says. The university has gone as far as investigating how much embedded carbon is in each fixture and fitting, right down to door handles.

The building is the second to be constructed, following a catastrophic fire in 2014 that destroyed the first version as it neared completion. ‘The fire steeled our resolve to deliver this and to make it a success,’ says Licence. The Nottingham team soon pulled itself together to begin rebuilding to the original specifications, targeting an ‘outstanding’ rating from the Building Research Establishment Environmental Assessment Method (BREEAM), as well as a coveted platinum rating from the US Green Building Council Leadership in Energy and Environmental Design (LEED) initiative.

The centre has a large photovoltaic array on a southern facing roof, positioned to capture as much light as possible. Energy will be boosted by a biomass combined heat and power unit. When not in use, the building will become ‘dormant’, using the minimum of energy and storing heat.

The building’s design makes use of the prevailing wind to assist in ventilating fume hoods in the laboratories, cutting the amount of energy required to extract gases. The labs will be equipped with a chilled, recirculating water system so that condenser water does not come from the mains supply.

All of the scientific equipment for the new labs, from hotplates and rotary evaporators to NMR machines, must be the ‘most environmentally sustainable’ on the market. Thus, for the bigger pieces of kit, Licence has had to ask the manufacturers ‘some tough questions’. Helium consumption, for example, is important, he says. The new building has a helium return system that will capture gas released from its three superconducting magnets and recompress it using renewable energy.

The building will also bring a change in working practices, with an emphasis on sharing facilities such as fume cupboards. ‘It will not be a traditional chemistry lab where people have territorial spaces – in some respects this is like a research hotel,’ says Licence.

The centre will house research projects linked to green chemistry, such as those for photochemistry, electrochemistry and advanced materials for energy applications and catalysis. ‘This is bigger than just a building – it’s a whole philosophy. It’s the way that we will process and deliver the science, and the way that we will target our science to sustainability-driven challenges,’ says Licence.

Philosophy is a word that Anson Hines, director of the Smithsonian Environmental Research Center, US, uses frequently when describing the Charles McC Mathias Laboratory, which opened in 2014. The building is the Smithsonian’s ‘most environmentally sustainable’ to date, with a LEED platinum rating. It has geothermal heating and cooling, solar panels, and an on-site wastewater treatment plant for all ‘grey’ water. Rainwater is captured while a wetland deals with stormwater.

Open and flexible laboratories are central to the design. ‘We spent a lot of time thinking about how the building would be used and how it could be structured and organised to promote and facilitate our research mission,’ says Hines. All the research is team-based and cross-disciplinary, he adds. Fifteen groups do their environmental research in the building. To encourage idea sharing, these are organised into six research ‘guilds’, a term lifted from biology, where it refers to organisms that use the same resources. The building is designed so that ‘speciality’ spaces for instruments and fume hoods are in the interior while the main labs and offices are flooded with sunlight from the south-facing windows.

Hines anticipates that the science and staffing will change enormously in the future, as they have over the past decade. ‘We have tried to design the building in a way that is flexible and can be adaptively modified without adding great cost,’ he says. Spaces can be modified relatively inexpensively by changing lab furniture and by altering some of the walls.

The space already appears to be working well to encourage collaboration. ‘Four years ago, we had old, dark and dingy laboratories built in many different phases without much coordination. They were hard to work in as well as being hard to maintain,’ says Hines.

Green on a shoe string

Such large-scale projects have enviable budgets, but much can be done on a far smaller, affordable scale to make a lab greener. ‘There are things that can be done without spending too much money or even much time and effort,’ says Peter James, director of S-Lab, a UK not-for-profit organisation primarily funded by the Higher Education Funding Council for England. With the ‘s’ standing for ‘safe, successful, sustainable’, S-Lab supports lab improvement and has an awards scheme for companies and organisations around the world.

In the past, some lab managers have protested that changes could not be made because of the possibility of a negative impact on health and safety, says James. ‘Our experience is actually that doing things to improve environmental performance can also help health and safety,’ he says.

In an average chemistry lab, 50–60% of the energy is tied up in ventilation systems

He has some simple tips for those wishing to enhance their green credentials. The first is to keep a close eye on fume hood operation, checking that air flow is not blocked and keeping up regular maintenance. Optimising ventilation systems can be a very effective way to cut energy use, he suggests. Sometimes settings are altered to fit with a big project, but then not changed back once working hours have returned to normal, he says. ‘In an average chemistry lab, 50–60% of the energy is tied up in ventilation systems. There can be [a] big pay-off recommissioning ventilation systems.’

James also recommends setting up a chemical tracking system to reduce waste and encourage sharing. This doesn’t have to mean buying a proprietary chemical management system – a simple spreadsheet will suffice. S-Lab is currently funding a project at the University of Hertfordshire to use supermarket software to track chemicals.

As well as purchasing energy efficient lab equipment, James stresses the importance of buying the right sized kit for the task. For example, drying cabinets are often only used at 10–20% of capacity, he says. It may be more efficient to have two small units instead, so that one can be completely switched off at times of low use.

In his experience, the performance of some well publicised green laboratories does not match what was promised. ‘Sometimes systems, such as lighting, can be very complex and people do not know how to operate them correctly,’ he says. For this reason, S-Lab only gives awards to laboratories that have a proven track record.

S-Lab recently handed out its latest batch of awards, for categories from laboratory effectiveness to new products. A medicinal chemistry laboratory at the University of Glasgow, UK won an award for its refurbishment, for ‘maximising collaboration and minimising energy and water use’.

The 500m2 lab has consolidated smaller units to create an open-plan organosynthesis lab that helps chemists and biomedical staff to collaborate on the development of synthetic vaccines and cancer treatments. The lab also has low velocity fume cupboards with restricted sash heights and heat recovery coils to transfer energy from the exhaust to air inflow. Meanwhile, recirculating chillers minimise water use for rotary evaporators while other pieces of reflux equipment use a series of ‘findensers’, water-free condensing units that employ air-cooled heat sinks.

All this was achieved in the grade A listed Joseph Black building. Graham Tobasnick, head of technical services at the University of Glasgow’s school of chemistry, believes that the new space has had a ‘very positive’ impact on staff, students and visitors, aiding recruitment and new collaborations.

Meanwhile, Allison Hunter has won an S-Lab award for ‘making a difference’ during her time as a technical manager at King’s College London. Hunter had been tasked with reducing energy consumption. ‘No-one would tell me what the big ticket items were in order to do this,’ she recalls. She applied to the Carbon Trust for an energy monitor. The ‘most surprising result’ was the freezers, which topped the energy chart. ‘The amount of electricity consumed was hugely variable between make, model and degree of housekeeping,’ she says.

It is actually quite difficult to compare energy usages

She was also shocked by how many freezer units were operating. ‘The estimate in my head was about 50 units of cold storage on my floor, but it turned out to be 200,’ she says.

Hunter organised a rollout programme for the use of Savawatt devices, which reduce electricity consumption by 20%. She also suggested that freezer temperatures should be raised to –70°C to save a further 20%.

Hunter is now applying the same strategy at Imperial College London. ‘We cannot use Savawatt devices as the whole campus is voltage stabilised, but there is a great deal of potential in general housekeeping, maintenance and capacity reduction, so savings can be made in different ways,’ she explains.

‘It is actually quite difficult to compare energy usages,’ she adds. She has lobbied King’s College procurement, the UK government and the EU.  ‘We have obligations to reduce our consumption, yet information on energy usage of equipment and ratings compared with the domestic market is scant.’

It is clear that the key to becoming greener is to focus on the details. ‘One of the first things I was told when I was made director of this building was that I wouldn’t be able to have a coffee machine in my office because of the energy it would consume,’ recalls the University of Nottingham’s Licence. ‘The people who knew me five years ago know that I used to drink coffee as if it was coming from a tap,’ he laughs. ‘It’s not a problem, I hardly drink coffee now.’