How to have a difficult conversation 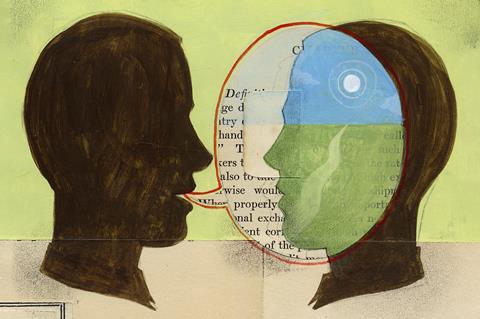 Materials chemist Jeffrey Moore, director of the Beckman Institute at the University of Illinois in the US, occasionally has to inform researchers that they have to move their labs out of the institute to departments elsewhere on campus to make space for new faculty members. ‘You can imagine sitting down with somebody who’s been part of the institute, maybe, for 25 years and saying, “I need you over the next six months to pack up your lab and office,”’ he says. ‘That’s a difficult conversation.’

Many people postpone discussions about workplace issues because they’re afraid of confrontation. ‘The longer you avoid them, the worse it gets later,’ warns Marvin Payne, an assistant professor and chair at the department of chemistry and biochemistry at La Sierra University in Riverside, California, US. ‘We need to train ourselves to take on the problems as early as possible.’ If you’re planning to have a difficult conversation with colleagues, consider the following advice.

Find out the facts

Michele Gelfand, a cultural psychologist at the University of Maryland, US, says people become attached to their own stories around conflicts. ‘When we do that, we leave out information that makes us look bad, and we add information to the situation that might not be actually accurate,’ she says.

To counter that, Payne suggests taking the time to gather facts and context related to the matter. You should also investigate your real intentions. You might say you want more lab space to train another postdoc, says Avraham Kluger, a professor of organisational behaviour at the Hebrew University of Jerusalem in Israel, but the truth may be that you want more space to gain respect from your peers. Being honest with yourself will help you to negotiate your case more successfully or find alternative solutions. For example, if gaining respect is your actual need, you can get involved with a prestigious committee instead.

The first few minutes of the dialogue matter: you don’t want the other person to feel they have to act defensively. Jerry Walker, a board-certified counselling psychologist and manager of psychological services at Nebraska Medicine, the clinical partner of the University of Nebraska Medical Center, US, generally uses a neutral phrase such as ‘I want to talk to you about…’ to start a conversation about someone’s performance issues. ‘You’re not making any accusations, yet you’re setting the stage for discussion of a general topic,’ says Walker. ‘It helps to reduce uncertainty and to focus the conversation.’

Jennifer Love, professor and head of the department of chemistry at the University of Calgary, Canada, warns that a conversation shouldn’t turn into an interrogation. ‘Try to find a way to not make it intimidating,’ she says. ‘For example, don’t have them sit across the desk from you.’ Walker likes to give negative feedback in private settings. ‘We don’t want people to feel ashamed,’ he says. ‘We also want to provide them with an avenue where they can speak freely.’

The outcome of a conversation may depend on how you view it. ‘A lot of times people think about conflicts like a battle or a game,’ says Gelfand. Instead, try to make the meeting collaborative, inviting the other person to suggest solutions to resolve the problem.

Cheryl Bailey, dean of the school of natural and health sciences at Mount Mary University in Milwaukee, Wisconsin, says it’s important to empathise with the person you’re engaging with and to understand their intentions. Kluger suggests that you ask them questions about how they feel about the problem, and contemplate their viewpoint to decide the direction of the discussion. Remember that the problem is not the person, but their behaviour.

Looking at these conversations as bad situations you need to get out of can aggravate your stress levels – and you’re likely to overreact. You might launch into a personal attack or render harsh punishments, and the other person is less likely to cooperate in that circumstance.

When Moore has to deliver bad news to faculty members about moving their labs, he reminds himself that it is for the greater good of the institute. He also helps the departing professors to see the positive side of the situation. ‘What I tell them is that “you have learned how to collaborate very effectively here, you can now go and spread that culture to the rest of campus.”’

Practise and get training

If you’re not used to challenging exchanges, practise beforehand. ‘My suggestion would be to talk it over with someone who’s used to doing these types of conversations,’ says Bailey. ‘It allows you to overcome your own nervousness, to think about how you’re saying things.’ She also recommends finding a leadership workshop that teaches the art of difficult conversations through role playing. By acting out a scenario where you’re not vulnerable and personally invested in the outcome, you’ll be prepared to make the right moves during future uncomfortable conversations with higher stakes.