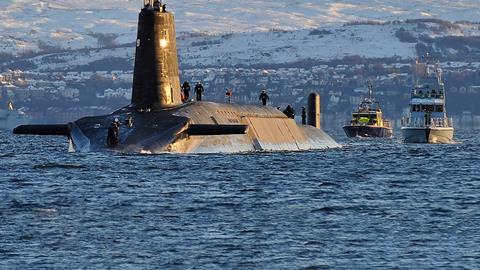 The UK has maintained a continuous ‘at sea’ nuclear deterrent since 1969. Operating from a naval base on the west coast of Scotland, the UK has four submarines – Vanguard, Victorious, Vigilant and Vengeance – that are rotated to ensure at least one is at sea at all times. Each submarine carries up to 40 nuclear warheads, comprising the UK’s entire useable nuclear arsenal. Since the programme’s initiation, these have all been designed, constructed, maintained and decommissioned at two R&D centres near Reading, collectively known as the Atomic Weapons Establishment (AWE). Today, AWE employs around 5000 people, including 1700 scientists and engineers. All roles are – unsurprisingly – open only to British citizens, and every employee goes through a rigorous security clearance process that lasts three to six months before they can start the job.

Sian Butler is head of AWE’s materials and analytical science group. ‘I’ve got 450 staff and most of them are either chemists or material scientists,’ she explains. Nuclear warheads are comprised of many different types of materials including metals, ceramics, inorganic salts, rubbers, foams, adhesives, high explosives and radioactive substances. Her group’s responsibilities include predicting how each of these materials will age, designing replacement and novel materials and monitoring the local environment for any signs of contamination. There are many unique challenges facing the team, including working safely with radioactive materials, the extreme conditions their materials would be subjected to if they were ever used operationally and the fact that their product can never be fully tested: the UK signed the Comprehensive Nuclear Test Ban Treaty, which bans all nuclear explosions, in 1996. 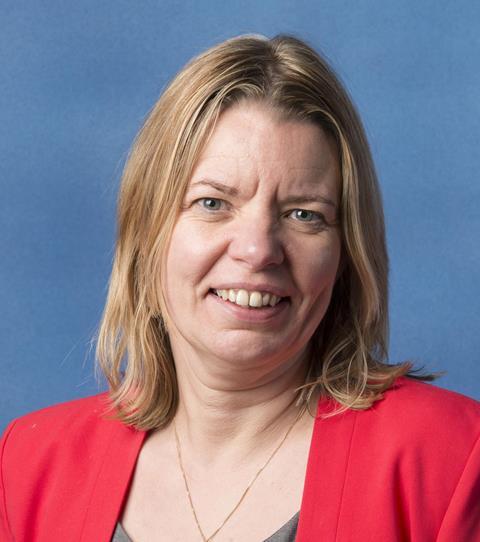 The unique nature of her group’s work is one of the things that attracted Butler to AWE and kept her there for nearly 30 years. ‘We get to work with some very different, unique, exotic materials and so there are opportunities to work on things here that we wouldn’t be able to anywhere else,’ she explains. And to assist with that work, she says, her group has some great equipment. ‘Some of the equipment we have is one-off UK kit.’

Butler joined AWE following a chemistry degree at Cardiff University, UK. Her first role was as an analytical radiochemist supporting AWE’s environmental programme. ‘This team analyses and measures all sorts of things, including going off site and taking samples of local honey, water, air and soil,’ she explains. While working in this team, Butler also studied for a part-time masters degree in radiation and environmental protection at the University of Surrey.

Since then, Butler has held a handful of different roles at AWE, including using her analytical skills to studying the materials themselves. ‘I’ve worked in some large experimental campaigns to underpin our product and make sure that it works the way it should do,’ she explains.

She has also spent time in the team that considers how AWE would respond if a nuclear emergency was ever to occur on one of its sites, where a series of scenarios are explored to predict what the impact to the local populace might be. Then, three years ago, she took up her current role. ‘What I’ve been able to do is have a number of different careers all in one place, which has been brilliant,’ she says.

‘My main roles are to look after people, making sure that everyone’s got what they need to do their jobs, and to ensure that we have the right people with the right skills to deliver the programme for the future.’

One of the biggest issues Butler faces on a daily basis is the logistics involved with working on a 750-acre site built in the 1950s. While her group may be blessed with top of the range equipment, it – and the team – are housed in buildings that are anything but. ‘I have staff geographically spread all over the site in some facilities that are quite old. Right now one of my challenges quite frankly is the amount of walking I have to do!’ she jokes. ‘It’s a challenge to build a collaborative environment with the team when they’re all over the place.’

Mark Storr concurs with Butler that the ‘fantastic’ equipment on offer is a big draw. ‘As a computational chemist the resources available on site for me to perform that role are exceptional. There are few places in the UK that could provide a similar environment,’ he says. 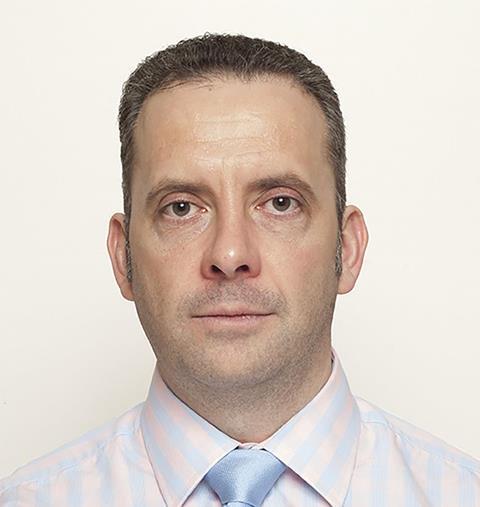 This second postdoc, at the University of Reading, was funded by AWE, and saw him join the modelling team in 2005, where has steadily moved up the ranks to become team leader in 2013. His team’s models predict how materials in unused warheads will age over its lifetime and check they will function safely and reliably if they were ever to be used. ‘We have a number of materials that we need to understand how they might change through life in terms of ensuring the assurance of our product,’ he says.

To achieve this, AWE uses some of the most advanced and powerful supercomputing facilities in the world, and works closely with a number of UK academics, who work to advance standard models to meet AWE’s unique needs. ‘Mathematical modellers develop the framework which describes our system,’ Storr explains. Data from laboratory studies and information from previous nuclear test trials are used in these mathematical models. The role of the computational chemists is to plug any experimental data gaps, including those caused by the ban on any underground nuclear tests. ‘The computational chemists are used as a proxy for experimental work.’

It isn’t just the lack of experimental data that challenges Storr’s modellers: ‘some of the materials we need to describe are quite special and at the edges of standard application of the code, so we need to develop and advance those capabilities.’

AWE recruits school leavers upwards into many other scientific roles. It offers a range of two-year apprenticeships, including an analytical laboratory technician scheme. It also takes third year university students for year-long placements, many of whom chose to return and join the two-year graduate training scheme, which is accredited by the Royal Society of Chemistry.

Daniel Childs is one such graduate. He worked in the AWE analytical chemistry lab during the third year of his chemistry degree from the University of Manchester, then returned to the role upon graduating in summer 2015. ‘I’m an analytical chemist responsible for trace elemental analysis of materials using mass spectrometry instrumentation,’ says Childs. ‘We get to analyse a wide variety of different materials, some of which pose a lot of difficult challenges from an analytical perspective. A lot of work we do is developing new methods to ensure we’re correctly analysing the unique materials that we’re given.’ 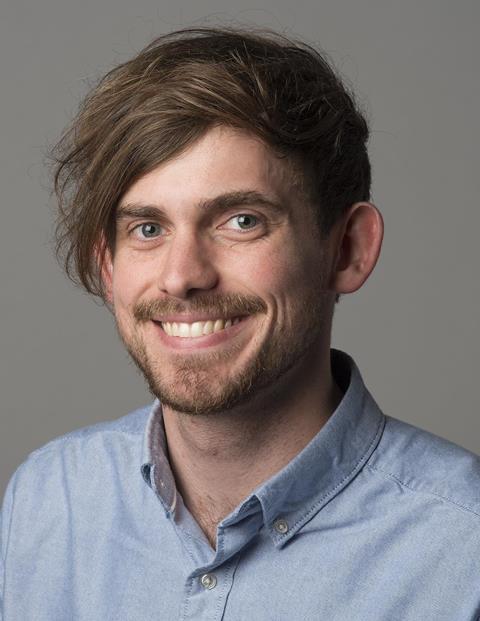 The opportunity to return to work in the unique environment he had experienced during his industrial placement once he graduated was too good to turn down, Childs explains. ‘Working on method development for that is something that I’m particularly interested in.’

A current focus at AWE is to resolve interferences seen when analysing their materials using mass spectrometry. Childs says his team are working to develop new methodologies that eliminate interfering signals from impurities. This will reduce the amount of chemical preparation that’s required before analysis and decrease the amount of time taken to interpret spectra.

While much of the work of AWE’s chemists remains secret for national security reasons, Childs and his fellow analytical chemists are still able to travel to conferences to discuss their unclassified work. ‘I travel quite regularly to international conferences based around the analytical instrumentation that we use. It’s one of the perks of the job.’

Childs estimates that on a typical day 60-70% of his time is spent in the lab, and the remainder at his desk analysing spectra and preparing reports. ‘As part of the graduate scheme we also carry out a project outside of our normal work environment,’ he says, doing activities such as taking demonstrations to local schools or colleges.

Although the graduate and apprentice schemes are only two years, AWE staff are employed on permanent employment contracts from day one. This offers job security to the employees but also increases AWE’s chances of retaining the staff they have trained up. This is particularly important to AWE because the secretive nature of its work means that attracting top talent is harder than for the civil nuclear industry.

Butler, Storr and Childs all agree that the unique scientific opportunities and technical equipment on offer means that, once at AWE, it’s easy to convince people to stay. And, of course, the company’s aims are pretty unique too. ‘The purpose of AWE is working together to keep our world safe and secure,’ says Storr. ‘We deliver warheads for the UK deterrent, and we use our nuclear expertise to support national security. I think being able to be a part of that endeavour means that you can be proud of the role that you play.’

Butler concurs: ‘To be able to contribute something to the UK, and to keep it safe, really does appeal to me.’

Nina Notman is a science writer based in Baltimore, US