Intellectual property (IP) is essential to many chemistry-using industries, from pharmaceuticals to household products to electronics. Companies rely on legal specialists to ensure their innovations are protected, and that this protection is enforced. A good grounding in chemistry is a huge advantage for IP lawyers, and practical experience in industrial R&D a bonus, making patent law a great option for a researcher looking for a career change.

One such chemist is Stuart Jackson, now a partner at Leeds-based law firm Kempner & Partners. With a chemistry degree from Imperial College London and a masters from the University of Oxford, he spent a couple of decades as an industrial chemist, first in brewing, and then inventing surgical dressings at Johnson & Johnson. ’I’d always been interested in patents, as an inventor myself,’ he says. ’But I doubt I’d have been brave enough to make the move had I not been made redundant.’

He admits it was hard returning to study after such a long time, and to start at the bottom again. ’Most people will need an incentive, as I had, as you suddenly go from having a good income to having none, plus course fees to pay,’ he says. ’I went into the solicitor side, which meant I could get a training contract with a law firm. They will often agree to pay course fees, and maybe a small grant, too.’

The first step in training is a graduate diploma in law, which takes one or two years full- or part-time. This is followed by a legal practice course, which teaches the practical professional side of the business. The final step is a two-year spell with a law firm, learning on the job. 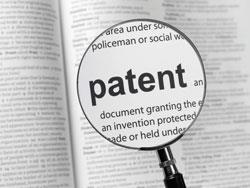 Jackson eventually set up a firm with two partners to specialise in IP work. ’A major benefit of being a chemist and having worked in R&D is that you understand chemical patents,’ he says. ’The majority of lawyers have little or no scientific training, even those working in IP. If you’re talking to clients, you’re speaking the same language. It’s also a great help when preparing expert evidence for patent litigation. BASF is an important client of mine, and they greatly appreciate that I can talk chemistry as well as law.’

Mike McHugh also went from the lab to the legal world, but as a patent agent rather than a lawyer. In the UK, he gained a chemistry degree and PhD from the University of Strathclyde and experience as a medicinal chemist with the James Black Foundation in London. He then emigrated to Canada to work for Toronto-based generics company Novopharm in the early 1990s.

’I was the only PhD organic chemist in the lab, and our vice-president of R&D kept asking me IP-related chemistry questions, such as whether two synthetic routes looked the same,’ he says. ’I started wondering about getting more involved in IP - the lab work I was doing was pretty boring. I’m also a fairly pedantic person, which in this profession is a plus!’

Commonly, people work in a law firm with an IP group, but a few do what McHugh did and learn alongside an R&D job. At Novopharm, he was only exposed to parts of the profession - patent infringement and validity - so he had to learn how to draft patent applications, and about the prosecution process where agent and patent office establish what claims are allowed. ’I spent a lot of time reading case law and past exam papers, and went to informal tutorials run by local patent agents,’ he says. ’It was hard work, but extremely satisfying.’

Since qualifying, he has worked as an in-house patent agent for several chemical and pharmaceutical companies, and now has a role in litigation support at the Toronto-based IP law firm Sprigings. ’I do a lot of behind-the-scenes work on potential grounds for a patent challenge,’ he says. ’For example, I look at whether any aspects of the patent were already known, in a much more detailed way than the patent office does.’

The knowledge gained in the lab is vital, he says. ’It’s one thing having an undergraduate degree, but if you’ve not worked as a chemist you don’t know how a synthetic chemist thinks and approaches problems,’ he says. ’This gives me a definite edge over non-chemists, or those who have gone straight to law school with a chemistry degree.’

Sarah Houlton is a science writer based in Boston, US