The US National Science Foundation is encouraging women back to academic positions, writes Sarah Houlton

The US National Science Foundation is encouraging women back to academic positions, writes Sarah Houlton

Over the years, various programmes and projects have had little success encouraging women to apply for academic positions in science and engineering. Unfortunately, says electrical engineer Eve Riskin, associate dean for academic affairs at the University of Washington in Seattle, US, it was assumed that the problem was with the women themselves. Riskin has launched a series of workshops to help rectify the oversight. 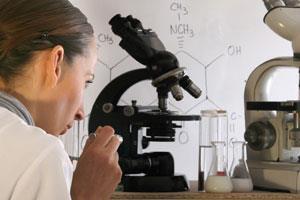 ’Funding agencies such as the US National Science Foundation eventually realised that maybe it wasn’t the women who needed fixing - the academic system itself made it difficult,’ says Riskin. So over the past decade they have provided funding for universities to examine their policies and practices, and start programmes to encourage women faculty members. But this still left the issue of attracting good women to academic jobs.

’I’d noticed a woman academic in my department had been hired from a start-up company. I realised industry could provide a very interesting pool of outstanding researchers who could become professors, and the idea for the On-Ramps workshop was born,’ Riskin says. ’We talked to a group of women who had gone down this route themselves, and asked whether they would recommend it to others, and what they wished they had done differently. It really touched a nerve with people, and the result was a great group of speakers for the workshop.’

The first event was held last October, and attracted 29 women. ’We talked a lot about the interview process, but also about how to get started in an academic job, with topics such as teaching and submitting grant applications,’ she says. ’Two participants had just been offered jobs but came along anyway, and found it extremely valuable. Another has since been given a tenure track job at her local university, and a fourth has accepted a position at the University of Washington.’

While many participants came from an engineering or computer science background, there were some chemists, such as Lisa Julian, who has a chemistry degree from the University of California at Irvine, and a PhD in total synthesis from Bill Roush’s lab at the University of Michigan in Ann Arbor. She went straight from her PhD to Amgen in south San Francisco, working on small molecule medicinal chemistry. ’It was a great job, but I missed being at a university, with the freedom to carry out my own research,’ she says. ’I’m really glad I had the experience, but I love chemistry, and in industry you become somewhat removed from science as you move up the management chain. I felt I was losing my chemistry knowledge.’ 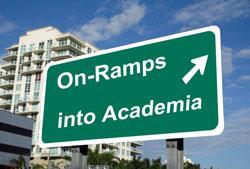 So after three years she returned to academia, in John Hartwig’s lab at the University of Illinois for the postdoc she missed out on, and started applying for academic jobs. ’I’ll be interviewing later this year, and I’m very excited,’ she says. ’I know a lot of people think that once you’ve gone down a career path, you’re stuck with it, but I believe it’s never too late to change.’

Geochemist Lois Wardell also hopes to return to academia. Her PhD at the New Mexico Institute of Mining and Technology involved studying the chemistry of gases from active volcanoes, and as a postdoc at McGill University in Montreal, Canada, she helped develop sensors to measure the gases. ’It’s a pretty specialised field,’ she says. ’But I found a job with Advanced Ceramics Research in Tucson, Arizona, managing unmanned aircraft development - they thought I was a good fit as I’d spent a lot of time hanging out of helicopters trying to measure gases!’

However, huge hurdles now make it difficult to gain permission to fly unmanned aircraft - including those used for scientific experiments - in US airspace, and she was laid off. ’It seemed like a good time to return to academia,’ she says. ’While I loved my job, I missed research, and I’m now trying to transition back. The On-Ramps workshop was really useful, and I’m now interviewing for jobs. It’s tough getting interviews, but I have had positive feedback, and I’m optimistic.’

The next workshop will be held in spring 2011, and Riskin would love to hear from women industrial chemists who’d like to attend. ’We can’t expect all 29 of last year’s participants will become professors, but some have been persuaded to try for jobs,’ she says. ’The market is very competitive in both academia and industry at the moment, but we hope the workshop provided encouragement.’