Should I stay or should I go?

Relocating a research group can be a stressful experience. Nina Notman asks academics how they coped with making the move 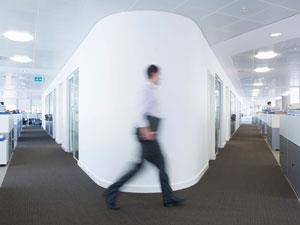 Moving institutions as an academic is a complex affair. An industrial chemist moves companies and starts afresh, but an academic must relocate both their research and their students. Does it always go smoothly?

In April 2013, microbiological chemist Russell Cox moved from the University of Bristol, UK, to the University of Hannover in Germany. Cox had told his group about his intentions during a group meeting approximately nine months before the move. ‘For each person we then discussed a plan of what they would like to do,’ explains Cox. They were all given the opportunity to stay in Bristol, but – where funding allowed – they were also encouraged to move to Germany.

In the end just one student moved: Doug Roberts. ‘I had always wanted to live abroad and I thought this a good opportunity to go,’ he says. Roberts will graduate from the University of Bristol. ‘I am still a Bristol student,’ he explains. ‘I am enrolled as a visitor in Hannover.’

No equipment was moved to Germany, as it was needed by the group members in Bristol. Cox secured a generous budget for equipment, however, and restocked his lab in Germany. This meant no time-consuming packing and unpacking, but starting again from scratch introduces other delays, waiting for the new lab to take shape. ‘For the first [six weeks] we were taking delivery of equipment and ordering glassware. It probably took another [six weeks] until everything was running fluently,’ he explains.

The move has also given Roberts a key role establishing the lab: training students and postdocs joining the group. ‘He has really flourished,’ says Cox. ‘He has been able to train up new students and be a very good example for them.’ 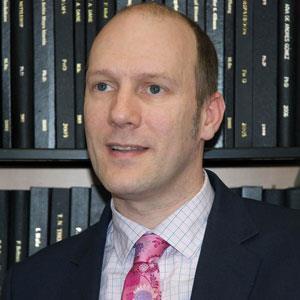 Cox is also flourishing with the ease of securing funding for students and postdocs in Germany. ‘Studentship funding here is much easier to come by than in the UK,’ he explains. ‘Another great strength of the German system is that the university gives me a number of permanent postdoc positions.’ Filling these posts allows him to replace the expertise the group will lose as UK-based postdocs finish their contracts, while also hiring people with new skill sets. This system also affords the chance to tackle riskier projects, which would be difficult to pitch to research councils.

‘The German system guarantees academic freedom very strongly,’ says Cox and cites this as a principal consideration in his decision to move. ‘Bristol is a great department and I did not consider a move within the UK,’ he explains, adding that freeing himself from reliance on UK funding councils was an important factor. ‘The UK funding system is very heavily channelling people into areas that are flavour of the month or whatever the research councils are enthusiastic about for that time. Here there is a much more blue skies approach with a longer-term perspective,’ he explains.

Cox has also been busy building a nest for his new team. This September they will move into a new building specifically for microbiological chemists. ‘It is a purpose built space and I had a hand in the design of the building,’ says Cox.

‘The new building will put me right at the centre of a whole series of groups with overlapping interests.’ Cox hopes that being based in Germany will open doors to more industrial collaborations. ‘My work is often sponsored by companies, and there are many more small, medium and large sized companies in Germany that are interested in natural products than in the UK.’

But as he settles into life in Germany, Cox still keeps a close eye on his UK-based group members, maintaining a 20% position in Bristol for the duration of ongoing projects.

‘I have an individual [online] meeting with each group member in Bristol once a week to keep track of things, emails go back and forwards, and I go to the UK every two or three months,’ he says. ‘It has been quite liberating for them because I am not hanging over them, hassling them all the time. Also, they prepare reports to look at in parallel [with our weekly meetings] and that has kept them quite focused.’

There wasn’t a hiatus where everything stopped

Group members in Bristol and Germany are also working well together. ‘Twice a year we have a big group meeting where all the Germans and all of the British get together, so they get to know each other and they do a lot of [work with] each other too.’

Organofluorine chemist Ryan Gilmour, currently at the University of Münster, Germany, can sympathise with those who stayed behind. In 2004, he was a student with Andrew Holmes when Holmes relocated from the University of Cambridge, UK, to the University of Melbourne, Australia. ‘I was six months away from graduating and I had a postdoc already arranged in Germany,’ he explains. ‘It wasn’t right for me to go.’

‘Andy was very supportive and I stayed behind with his junior group leader and it went extremely smoothly.’ Holmes assisted Gilmour during his thesis write up by email and returned to Cambridge for his viva. ‘I really can’t say there were any negative impacts of that move for me at all,’ he says. ‘He handled a potentially stressful situation for the students perfectly.’ 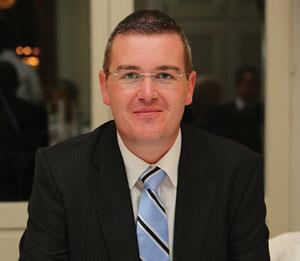 This positive experience aided Gilmour when he moved from being an assistant professor at the Swiss Federal Institute of Technology in Zurich (ETH), to a full professorship at the University of Münster, in October 2012.

Echoing Cox, Gilmour was attracted by Germany’s funding model and the opportunity for new collaborations. ‘We could come here and continue doing fluorine in the realms of catalysis, but also branch into chemical biology because we have the university’s great Clinic for Nuclear Medicine and the European Institute for Molecular Imaging both within 0.5km,’ Gilmour explains.

In preparation for the move, Gilmour wound his group down to just three PhD students. Two he took with him, and one – who was writing his thesis – stayed behind.

But unlike Cox, Gilmour took his entire lab – equipment, chemicals, everything – with him. ‘We used a special moving company as the equipment is sensitive and incredibly expensive,’ he explained. The moving company also needed to be licensed to transport chemicals. ‘One of the big challenges moving from Switzerland to Germany is you are moving from a non-EU country to an EU country which brings all sorts of problems with border control.’

To make up the time lost, Gilmour’s students have additional funding if needed. And, as with Cox’s students, they will graduate from the institution at which they started: ETH Zurich. ‘They graduate exclusively from Zurich, when they came to Münster they came as academic guests,’ he explains.

Gilmour has also been busy rebuilding his group in Germany. ‘Building up the group again was one of the biggest challenges,’ he explains.

Another challenge for both Gilmour and Cox was the language. Although Gilmour had been a postdoc in Germany and then worked in German-speaking Zurich, he did not speak German when he moved to Münster. ‘The ETH is an international school and so the language was always English, whereas in Münster most courses are taught in German and you are expected to contribute quickly,’ he explains. ‘It is a sharp learning curve but I’m happy with my progress.’

Cox, meanwhile, is permitted to deliver his lectures in English. ‘The students are taught in German in the first two or three years. But they get increasing amounts of English as they progress. So they are very prepared for me teaching in English,’ says Cox. English is also the common language of his students and postdocs, and grant applications in Germany are written in English. ‘On the other hand, it makes it more difficult because I don’t get much exposure to German,’ he says.

With all the upheaval behind them and their new groups starting to take shape, both Gilmour and Cox seem content. But is it something they would recommend to others? ‘Definitely,’ says Cox. ‘I certainly don’t regret moving.’