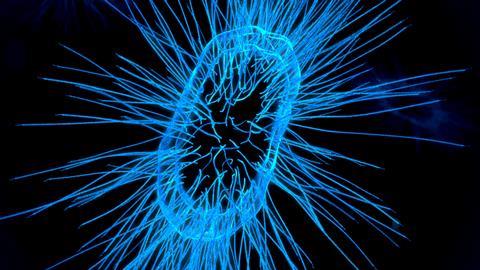 The art of science

From comic strips to 3D imaging, scientific illustrators are making their mark

Communicating science is an art form in itself, and one that isn’t just limited to clever wording or a good turn of phrase. Supporting visuals are important to explain complex ideas and translate research into visually engaging, scientifically accurate picture stories. Whether it’s a humorous cartoon, complicated scientific concept or a factual statement that needs illustrating, there’s a growing number of scientific illustrators out there ready to take on the artistic challenge.

Nik Papageorgiou, a science journalist at École Polytechnique Fédérale de Lausanne (EPFL) in Switzerland, runs a successful cartoon blog in his spare time called Upturned microscope. ‘It happened really through chance and necessity,’ he says. ‘I was in between jobs in 2011 and started doing some freelance work as an author with the BMJ. I was looking for a way to fill my time doing something more creatively while looking for jobs and started putting together some comics and thought I might as well post them online to see what happened.’

The result was traffic to his blog increasing 100-fold. ‘I remember thinking “hey, there’s something here, maybe I should start doing a few more of these,”’ Papageorgiou recalls. ‘I’ve discovered that a funny comic in three panels can have a much bigger voice and be a lot louder than a thousand word article. Images travel much more easily across the internet than words.’

Papageorgiou has gathered a wealth of qualifications and experience over the years, including a degree in human physiology, a masters in biochemical pharmacology and a PhD in the biomedical sciences and cell biology. He then researched cancer epigenetics as a post doc, before moving into pharmaceuticals and working in drug development. ‘A lot of my ideas are just exaggerations of my own experiences,’ he explains. ‘It’s easy with academia, as it has a lot of absurdities that you can just take apart and make fun of – and that’s okay.’

This then led on to producing a comic strip for the monthly EPFL campus magazine, and for Chemistry World. ‘People come to me mostly when they want to use humour to illustrate the culture of academia, exaggerate something or showcase something that is wrong with the academic world. And there’s plenty!’ he says. However, science and humour doesn’t always mix together well. ‘When it comes to science, [the client] usually wants something that is educational and attracts people’s attention, while at the same time it needs to deliver a punchline. Sometimes science doesn’t offer that up very easily.’ 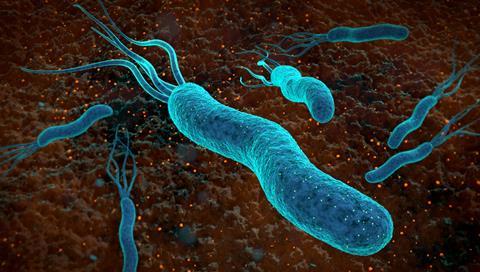 While humour is a valuable tool, sometimes technical images are required to give information context. Barth van Rossum is a research scientist that works at the Leibniz-Institut für Molekulare Pharmakologie in Germany, focusing on molecular pharmacology and researching structural biology of proteins using NMR techniques. ‘I’ve always had a strong passion for illustrating,’ says van Rossum. ‘Although during my studies I found I was spending less time illustrating and so it got pushed to the background. After several years of research I think the “creative me” simply got frustrated and wanted to get out.’

While van Rossum does find science a creative endeavour, he admits that it still left him unfulfilled artistically. ‘It’s not the same sort of creativity that is involved in the process of illustrating,’ he explains. ‘I was fascinated and inspired by the beautiful animations that artists and scientists have created to visualise various cellular processes at the molecular level. I could only think that I wanted to be able to do that as well.’

With a background in physics, van Rossum naturally started experimenting with software packages that are used for 3D rendering and animations. ‘I was able to come up with half decent illustrations and 3D renderings and started to get very positive feedback from colleagues and fellow scientists,’ exclaims van Rossum. ‘This kept me going in pursuing my dream to become a professional scientific illustrator and animator.’

The majority of requests van Rossum receives are for press releases and cover artwork for research groups. In his spare time, van Rossum is helping a company produce a series of animations, although having a full time job does limit the amount of time he can spend on his freelance work each month. ‘My dream though is that one day I can make scientific illustration and visualisation my full time profession,’ he says. 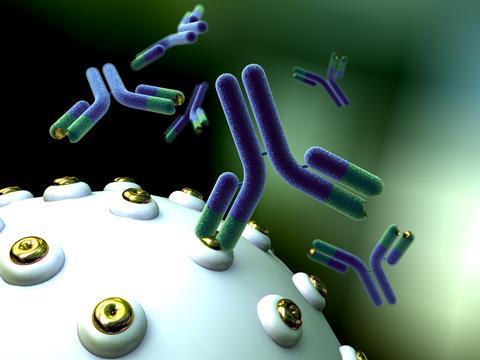 Anna Tanczos has already made the leap. The co-founder of SciComm Studios, Tanczos studied chemistry and worked in a lab before completing a masters and PhD in molecular modelling at the University of Surrey. ‘I was really drawn to the visual aspects of science,’ says Tanczos. ‘I really liked building models of things, seeing how drugs interact with proteins. During my research downtime I’d make pictures of molecules while waiting for something to finish calculating on my computer.’

Surrey started to use some of Tanczos’ pictures in their chemistry promotional materials, which led on to her making pictures for other academics in different research areas within the university. Gradually, Tanczos became more interested in science communication.‘By the time I finished my PhD, I ended up going into outreach and using the visuals to try and persuade kids that science is funky,’ she says. ‘Some [science] ideas can’t be seen, so rather than trying to put them across in words and relying on people using their imaginations, it doesn’t always work, you can show it in two dimensions, showing the exact things you are looking at, which gives that extra level of detail and helps people in their understanding of it.’

Tanczos went on to set up SciComm Studios with business partner Martin Delwood. ‘I was lucky to have a part time job [at the university], so that I was still being paid whilst building up the company,’ she says. Their first job together was to produce a planetarium film for the British Science Association for a science festival in Guildford. ‘It was a huge undertaking, which we hadn’t fully appreciated at the time,’ says Tanczos. ‘It was a 20 minute animation on the journey of caffeine through the human body, watching the caffeine being drunk through to it being broken down, with an aim of hitting A-level biology and chemistry syllabuses. That was our first big job and how we set up the company.’ 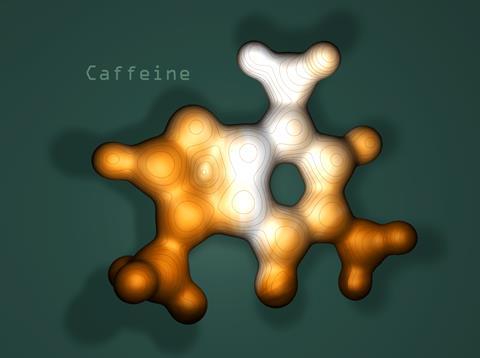 SciComm Studios is now a well-established company, Tanczos explains. ‘Some clients know what they specifically want straight away, others may need more help to get the idea out of their head. Every job is different really, sometimes it’s quick, other times it’s more drawn out. The main challenge is getting to the bottom of what they want to communicate. If you can understand that early on then you can work well [with the client], it only becomes difficult if that drifts or it’s not clear what they want in the first place,’ explains Tanczos. ‘There’s also a certain challenge that comes with working with other people from cross-disciplines, as they don’t necessarily have the same vocabulary.’

Van Rossum agrees. ‘I think the biggest challenge when translating science into a picture is deciding how much artistic freedom you can afford and how to clearly communicate what is based on science-fact and what is based on science-fiction. There’s a balance that’s needed between art and science, and these decisions depend very much on the audience that is going to watch an animation or see the illustration.’

This is where previous experience working in a scientific environment pays off, van Rossum says. ‘I can read and understand the corresponding publication and I am able to play with ideas, both artistically and scientifically. Ideas in the scientific visualisation process come up more naturally when the artist understands exactly what the scientist wants to express.’

So what should you do if you’re interested in launching a career as a scientific illustrator?

‘Learn the software and be passionate about it,’ advises van Rossum. ‘The internet is a great resource for finding tutorials, for every technique there will be multiple teaching materials available online.’ However, it’s important not to get carried away van Rossum says: ‘Start small, don’t overrun yourself by trying to learn little bits of everything. You are better off trying to learn a few things properly and slowly expand your skills.’

‘I was much more interested in a slower, safer launch – picking up clients and slowly build up the work before giving up the day job,’ agrees Tanczos. ‘Although it does get very difficult when it approaches the point where you are ready to part with the day job and start focussing on your own thing, as you end up being overworked. You have to work out when it’s a good time to jump ship and take the plunge into your own company.’

Papageorgiou would also advise taking a cautious approach. ‘Make sure you have something else to fall back on, as it’s a niche world and science is still trying to figure out how it wants to communicate to the world,’ he says. ‘Draw from your own experience – if you’re a biologist, don’t try to take on physics or engineering, because you don’t know what they go through, it’s a different culture. Start experimenting – get a blog and get things out there, the internet is a great platform as you can publish anything and just see how it resonates with people. Don’t ever think it’s impossible, go out there and try it for yourself!’