A word of advice

As the first Portuguese scientist to win a prestigious European Research Council award, Elvira Fortunato is accustomed to accolades and media calls. Recently, she garnered attention when she was chosen as one of only seven members of the European Commission’s Science Advice Mechanism (Sam) high level group. 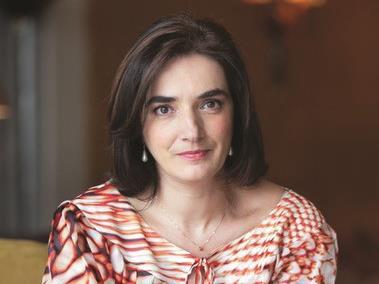 Set up in 2016, Sam’s role is to give the European Commission independent scientific advice on policy and make recommendations shaping the future of the continent. Fortunato says she had always been confident about which direction she was headed with her career. ‘I wanted to make things, to help society, and to develop new products,’ she recalls. Before attending the New University of Lisbon, she saw the job of an engineer as her ideal career path. She chose materials science engineering as her primary degree, but then realised her true bearings: materials science and electronics.

Her research is often closely tied to industry, with an application already in mind. Her PhD project, supported by NATO, sought to better simulate military targeting using lasers and a detector based on amorphous silica, a material used today for thin film solar cells. She completed her PhD in 1995 and became a lecturer at her alma mater.

CV: Diploma in materials science and engineering, PhD in microelectronics and optoelectronics, New University of Lisbon, Portugal. Professor since 2012

Fortunato then adjusted her sights toward developing transparent electronics using metal oxides. Sustainability was a strong motivating factor. ‘Zinc, tin and other metal oxides could replace silicon semiconductors but at a lower cost, produced at lower temperature and are recyclable and more sustainable,’ she explains. Her work fed into commercial products for companies such as LG and Samsung. She then readjusted her focus to paper electronics. ‘In 2008, we had built the first paper transistor in the world,’ she recalls. This more disruptive technology that landed her a funding grant from the European Research Council, starting in 2009.

Today, Fortunato still remains active in the lab. She is director of Cenimat, the university’s centre for materials science, and is proud of the lab she has helped build in Lisbon. ‘I know I could get a higher salary in another country, but I like it here. I built a laboratory and it is part of my life. We have one of the best laboratories in the world in this area.’ Always self-assured, she believes her lab can sweep in an era of intelligent paper and cardboard packaging and help push plastics off the market. Paper electronics could allow for sensors in food packaging that monitors food quality, track temperature in vaccines and drugs for the pharma industry. ‘The idea is to replace plastics with paper and to simultaneously add some intelligence to the packaging,’ she says.

Fortunato’s achievements saw her become increasingly involved at a national level, and her vision of how science can serve society has led her to give numerous talks to audiences in Portugal and abroad. The President of Portugal appointed her a Grand Officer of Portugal’s Order of Prince Henry the Navigator in 2009, and in 2015 she was appointed chair of the organising committee for the National Day of Portugal. When the European Commission was looking to set up an international advisory board, Fortunato was a natural choice. She was the coordinator of the first report it produced, on closing the gap between vehicle real-world CO2 emissions and laboratory testing.

Fortunato is now leading a new report on carbon sequestration. ‘We want to know what are the available technologies for capturing CO2 and what other purposes could we use CO2 for,’ she explains. Although she is the only engineer in the group, she commends the diversity of backgrounds among the high level group of Sam, which includes geneticist Paul Nurse, particle physicist Rolf-Dieter Heuer and sociologist Pearl Dykstra. ‘We can talk to someone with a biomedical background, or from the social sciences. We always have different angles to bring to solve the problem.’

Today, Fortunato balances her roles. A typical day involves time in the lab talking with PhD students and postdocs, then answering emails and preparing reports or project, or going over scientific papers from the team. Still a passionate communicator, she views media interviews and public events as a stage on which she can tell the story of why citizens should invest in science. She brings along props to her talks so people can see what flexible or paper electronics can look like. ‘It is important that what we do is seen by society, so citizens know what benefits come from the research and why we are spending this money.’

She is also a keen educator. ‘You want to stimulate the best students, to motivate them to work in this area,’ she enthuses. She lectures to first years on nanotechnologies and to third year students on microelectronics. She advises young scientists to never give up: ‘Listen to what people tell you, but never ignore what your own intuition is saying.’

Despite some of the challenges her role brings, Fortunato describes herself as ‘a very optimistic person’ who sees solutions, not problems. ‘I am proud of what I have achieved until now and also proud to put Portugal, which is a small country, to the forefront of science in this area.’