New data show that female attendance at virtual science and engineering meetings grew by as much as 253%, and gender queer scientist attendance jumped 700% 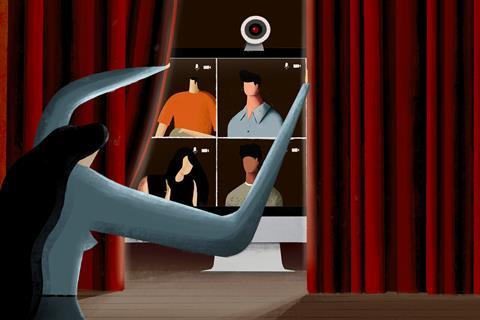 The transformation of in-person science and engineering conferences to virtual events due to the ongoing Covid-19 pandemic has not just reduced their associated carbon footprints, it also significantly improved diversity and inclusion at such meetings, according to a new study led by the University of Southern California (USC), the University of Texas at Austin and Arizona State University.

‘Factors including cost, gender, career stage and geographic location were evaluated,’ the study authors explained. ‘Virtual conferences demonstrated a clearly discernible and, in some cases, orders of magnitude improvement across nearly all metrics.’

The new study compared historical attendance data from the North American Membrane Society (NAMS) annual conference, the International Conference on Learning Representations (ICLR) and the American Astronomical Society (AAS) conferences, all held in-person in the US, with the same meetings after they switched to a virtual format in 2020. The researchers also examined events specifically designed for the online environment, such as the Photonics Online ‘meet-ups’ and the International Water Association Biofilms online conference. The team measured things like cost, carbon emissions and attendee demographics.

The carbon footprint of 7000 virtual attendees was estimated to be equal to one in-person attendee of an international conference in 2019. Furthermore, attendance by students and postdoctoral researchers skyrocketed by as much as 344% when the events became remote. In addition, female participation in the virtual conferences increased as much as 253% compared with previous, in-person meetings, and attendance jumped by as much as 700% for ‘gender queer’ scientists.

The high costs associated with in-person scientific conferences can be prohibitive for some sociodemographic groups that may have a more difficult time obtaining funding for travel, like students and postdoctoral scientists. Historically, for example, the average cost of attending NAMS in-person meetings was more than $1600 (£1200) for students and $2100 for postdoctoral researchers. Virtual registration for the upcoming NAMS meeting this May is $300. Therefore, it is unsurprising that the shift to a virtual environment resulted in a substantial growth in this population of attendees at such meetings.

An expected, scientists from different areas of the world do not share the same cost burden when it comes to these in-person conferences. For example, for African researchers the cost of attending recent ICLR, AAS and NAMS events was on average between 80% and 250% of their country’s annual per person gross domestic product (GDP), compared with about 3% of per capita GDP for US participants.

‘While many of my colleagues are resistant to hybrid or online events, these findings support the ability of a virtual conference to reach into the scientific community,’ said the study’s co-senior author Andrea Armani, a chemical engineering and materials science professor at USC. ‘If we truly want to improve inclusion and diversity in science and engineering, we need to learn from the past year and continue to develop alternative virtual networking methods,’ she stated.