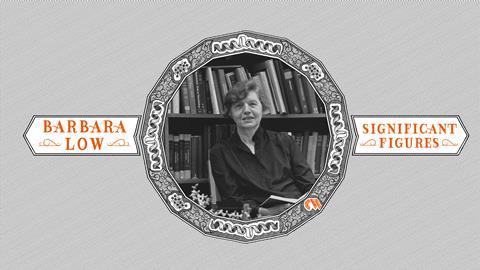 Mike Sutton celebrates the remarkable career of a female crystallographer, once mistaken for the tea-lady

In November 1941 – one of the grimmest months of world war two – chemists at the UK’s University of Oxford were struggling to extract a useable medicine from a maverick mould. Although the culture’s anti-bacterial power had been noted by Alexander Fleming in 1928, its active component remained mysterious. As standard analytical techniques seemed unable to deliver a map of the penicillin molecule, Oxford’s ablest x-ray crystallographer was invited to try.

Dorothy Hodgkin accepted the challenge eagerly. But with academic duties – plus a two-month old baby – already occupying most of her time, she needed more help in the laboratory. None was available, until one of her students stepped forward. The appointment was initially blocked by officials who regarded academic research as superfluous in wartime, and were unaware of penicillin’s potential importance. Fortunately, Hodgkin persuaded a civil service contact to reverse this decision, and a remarkable career began.

Barbara Wharton Low was born in 1920 in Lancaster, where her parents kept a grocery shop. In 1939 she began studying chemistry at Somerville, the most scientifically active among Oxford’s few women’s colleges. Having completed Part One of her degree course in 1942, she anticipated spending another year preparing a laboratory-based dissertation for Part Two. But that summer, Hodgkin recruited her as an assistant on the penicillin project.

Hodgkin believed in throwing people in at the deep end

Low showed such aptitude for the work that it became the basis of her dissertation, and later of her doctorate. This was a sterner challenge than a routine student research assignment, but she rose to it. The process of transforming penicillin from a laboratory curiosity into a reliable medicine involved many workers at several institutions, but Low’s contribution was crucially important.

Analysis of the patterns generated by beaming x-rays at crystals had already yielded significant results. In the 1920s, William and Lawrence Bragg showed how atoms were stacked in binary salts like sodium chloride. And during her PhD in the 1930s, Hodgkin and her supervisor Desmond Bernal used x-ray diffraction to reveal the more complex structures of organic molecules like sterols. By the early 1940s, laboratory techniques and mathematical tools had improved further, but the penicillin molecule was bigger and more complex than any previous target. 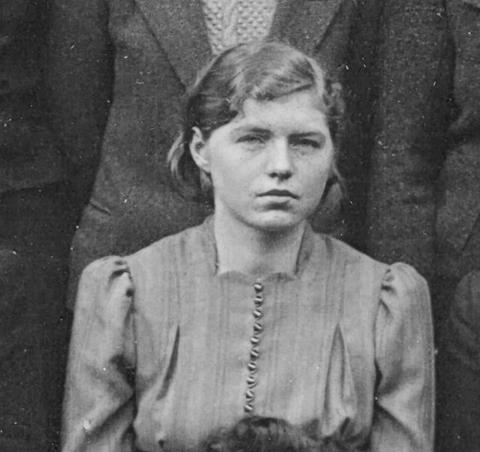 Barbara Low entered Somerville College, Oxford, in 1939 and began working with Dorothy Hodgkin on penicillin in 1942

At first, it was a struggle just to obtain useable crystals. Penicillin was resisting all efforts to crystallise it, while its derivatives and breakdown products seemed almost equally uncooperative. Hodgkin described one sample as ‘quite decent crystals to look at but simply awful to handle’; they were ‘extremely hygroscopic’ and ‘practically impossible to leave out in the air for more than a few minutes or so’. She spent hours fruitlessly trying ‘to get them into little tubes to be photographed’. Low was soon tackling similar problems. Low recalled in Hodgkin’s biography that ‘[Hodgkin] believed in throwing people in at the deep end. She expected you to work with crystals that you could only just see under the highest power of the microscope, and she expected you to manipulate and mount them. I remember being told to mount on a little piece of glass fibre a sort of nasty resinous mess with a little crystal in the middle.’

As experimental results accumulated, Low’s role in interpreting them became more significant. An x-ray beam scattered by a crystal’s atoms leaves dots on a photographic plate. Each dot’s intensity indicates the strength of a diffracted beam, while its position reveals the angle through which it was diffracted. Photographs need to be taken with the crystal placed at different angles to the beam and the analysis repeated each time. Feeding these measurements into sophisticated mathematical formulae may then reveal the molecule’s architecture – or it may not.

To speed the work, the Oxford group began processing their results with a primitive mechanical computer which used punched cards for inputting data. Its daytime function was optimising the allocation of cargo for maritime convoys. At night, Low ran programs on it to try and locate the positions of atoms in the penicillin molecule. Early results looked promising, but more experimental data was needed.

Replacing one atom in a target molecule with a heavier atom from the same group in the periodic table affects the resulting x-ray photographs, giving additional clues to the compound’s molecular structure. By comparing results obtained from penicillin’s sodium, potassium and rubidium salts, Hodgkin and Low – with help from other investigators – established its molecular structure early in 1945. However, wartime secrecy (and post-war commercial considerations) delayed full publication of their work for several years, which may have reduced its wider impact.

Penicillin helped win the war, and launched a post-war revolution in healthcare. But for years, industrial-scale fermentation remained the only way to meet massive demand for this ‘wonder drug’. Although Hodgkin and Low’s investigation of its molecular structure opened pathways towards new antibiotics with wider capabilities, their work did not deliver a short-cut to a penicillin synthesis. Consequently, it may have seemed of lesser significance to non-specialists.

The 1945 Nobel prize for medicine was shared by Fleming – who first spotted penicillin’s potential – with Ernst Chain and Howard Florey, who coordinated the multinational effort to make it useable Chain’s Nobel lecture acknowledged the contribution made by Hodgkin and Low.

The 1945 Nobel prize for medicine was shared by Fleming – who first spotted penicillin’s potential – with Ernst Chain and Howard Florey, who coordinated the multinational effort to make it useable Chain’s Nobel lecture acknowledged the contribution made by Hodgkin and Low. But somewhat confusingly, he stated that ‘the predominant role’ in determining penicillin’s structure was played by ‘Mrs D Crowfoot and her colleague Mrs B Rogers-Low’.

The confusion arose because Hodgkin continued using her maiden name on academic publications after marrying Thomas Hodgkin in 1937. Only after her election to the Royal Society in 1947 did she began styling herself Dorothy Crowfoot Hodgkin. Low published as B W Rogers-Low’ following her 1944 marriage to Leonard Rogers – which, like many wartime unions, was short-lived. After she married Harvard professor Mieczyslaw Budka in 1950, her publications were credited simply to Barbara (or B W) Low.

Before gaining her Oxford doctorate in 1948, Barbara had spent a year in the US as a research fellow at Caltech under the direction of Linus Pauling. With his endorsement she became an assistant professor at Harvard in 1950, and thereafter they remained friends, despite occasional episodes of rivalry. In 1951, Pauling’s group identified the alpha-helix as the commonest spatial arrangement (‘tertiary structure’) of a linear protein molecule. When Low’s x-ray investigations a year later revealed another form of protein folding – the pi-helix – his response was equivocal.

After congratulating her on the discovery, Pauling suggested that the pi-helix might have been observed by his own team ‘a while back’, and then subsequently ‘overlooked’. Today, Pauling’s alpha-helix discovery is considered a landmark in the history of molecular biology. However, Low’s pi-helix – despite recent estimates that it may occur in around 10% of protein molecules – is rarely mentioned in student textbooks.

In 1956 Low became a US citizen. In the same year, she moved from Harvard to New York’s Columbia University, becoming a full professor there in 1966. She introduced many young researchers to advanced x-ray crystallographic techniques, while continuing her work on the structures of biologically important molecules. Her investigation of a deadly sea-snake venom (erabutoxin) revealed not only its molecular structure, but also its modus operandi: its molecular ‘three-finger’ structure binds to – and deactivates – acetylcholine receptors at the neuromuscular interface, thereby inhibiting both breathing and heartbeat.

Throughout her career, Low fought to open doors in academia for women and ethnic minorities. ‘On the university’s affirmative action committee, she was very forceful in wanting Columbia to live up to its ideals of having a diverse faculty and workforce,’ Arthur Palmer, a biochemist at Columbia, recalled in her university obituary. One of her former postdocs, Philip Bourne, added that she was ‘leading a charge that really improved the situation for women in science, and she suffered a lot of bruises for it’.

Long after her retirement in 1990 Barbara retained contacts with Columbia, giving guest lectures and offering guidance and support to research students. Following her death in 2019 there were many tributes from former colleagues, but the most revealing anecdote came from a life-long friend, Helen Berman, who worked in Low’s lab as an undergraduate and went on to become a professor of biochemistry at Rutgers University in New Jersey. In a BBC radio interview, she recalled an incident which occurred many years ago, as refreshments were being served before a faculty meeting. When Low entered the meeting room, a male colleague asked her to leave – under the misapprehension that she was the tea-lady. Hopefully, those days are now behind us.