Chemistry in theatre: insufficiency, phallacy or both 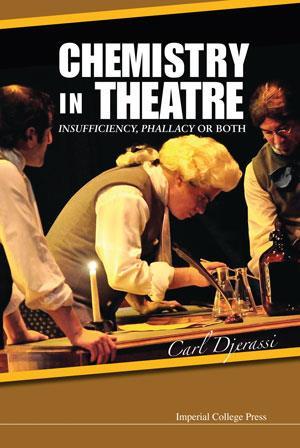 Scientists who become literary writers are rare. Their most celebrated representative, Primo Levi, is unusual not only because of the extraordinary circumstances of his transition but because he was a chemist. Carl Djerassi, who with five novels, nine plays and two collections of poetry to his name can certainly claim membership of this select band, thinks that chemistry is poorly represented in drama and fiction because it seems to lack the appealing metaphors of mathematics or physics. What’s more, he adds, ‘theatre professionals’ – and doubtless the literary world in general – ‘are threatened, if not actually terrified by the subject.’

Djerassi’s one-man campaign to change that state of affairs has been energetic, inventive and fruitful – perhaps particularly with his 2000 play Oxygen, written with Roald Hoffmann and widely performed and debated. Chemistry in theatre now presents Insufficiency, the latest of Djerassi’s additions to the genre he calls science-in-theatre, alongside his earlier play Phallacy.

Insufficiency touches on one of his recurrent themes, the professional politics of the scientific community. A Polish chemist, Jerzy Krzyz, at a ‘second-rate university’ is furious at being denied tenure by colleagues who consider his work on ‘bubbleology’ – the physical chemistry of bubbles, especially in champagne and beer – to be literally too frothy. This topic is explicitly based on the reliably entertaining but perfectly serious work of French researcher Gérard Liger-Belair. But when Krzyz invites departmental members to try out the nanoparticles he has developed for controlling bubble nucleation, the consequences are tragicomic.

Phallacy is a study of the tension between the scientific-analytical and art-historical perspective on works of art – a subject about which Djerassi, as a serious art collector, knows much.

As Djerassi explains in his introduction, it is never easy to discover whether the words on page work as drama, since it is so hard to get plays staged. Djerassi defends the case for writing plays as literature – to be read rather than watched – and points out that the text is only ever a launching point for the translation to the stage. A production of Insufficiency is already underway, so some of us will hopefully soon see how it fares in the flesh.

Details of future performances of Insufficiency are at http://bit.ly/NaNVxH.

Purchase this book at Amazon.co.uk.