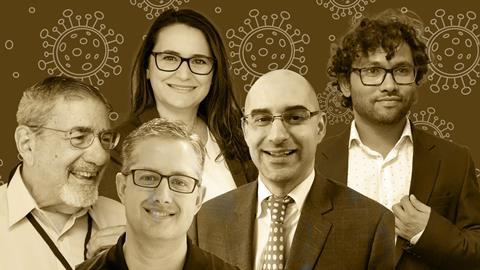 How Covid-19 has changed us

While the pandemic has introduced more efficient and global ways of working, researchers and educators still have challenges to overcome 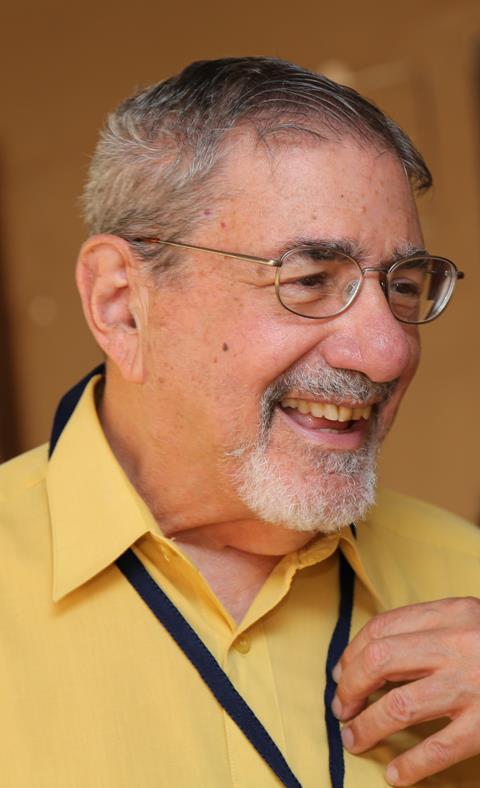 A year ago, the world was in the thick of a pandemic that has so far killed more than 4.5 million people worldwide. University classrooms, labs and offices worldwide were mostly or completely shuttered, and much of the scientific community was working from home. Vaccines developed against Covid-19 have returned things to a more normal state for many people, but there are significant ways in which the virus’s outbreak has transformed academic research, perhaps forever.

‘There obviously will be very big changes occurring because of the Covid-19 pandemic,’ says Stanford University, US, chemistry professor Dick Zare. Foremost, he suggests that scientists won’t be in their offices or labs all the time anymore. ‘We have discovered that it is possible to work very effectively from home,’ Zare tells Chemistry World. This realisation has led to an unprecedented embrace of teleworking in academia and at research institutions.

‘I think the idea of a more flexible work schedule and working from home will stick around, and it will also positively affect the work-life balance, the eternal issue of the Japanese society,’ agrees Laurean Ilies, who heads the advanced organic synthesis research team at the Riken research institute in Saitama, Japan.

Another transformation is the recognition, brought by videoconferencing software like Zoom and similar technologies, that researchers don’t necessarily need to physically travel to communicate regularly and effectively with colleagues. Zare hasn’t travelled for work since the pandemic’s onset, but has delivered numerous lectures online to audiences in different US cities and countries. He says this trend of connecting virtually will continue post-pandemic. ‘It means more power,’ he explains. ‘Where we never could afford to bring in an international speaker before, now we can bring that person in remotely,’ he adds. ‘This is making the globe more united.’ 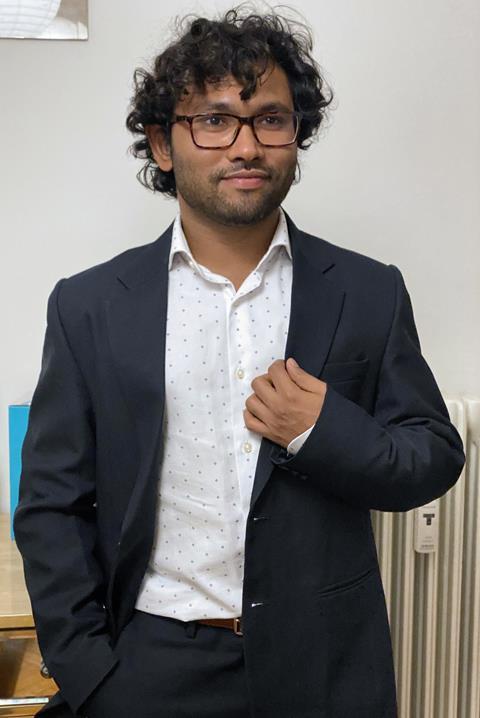 This de-emphasis on the physical location of researchers also extends to the employment realm. Akash Deep Biswas, a computational chemist from India who is in the final stages of earning his PhD in Italy, has applied for hundreds of postdoc positions and other jobs around the world over the past year. He was supposed to earn his doctorate in October 2020 but had to extend his thesis submission deadline twice after Covid-19 inspired him to switch his project to studying the Sars-CoV-2 main protease as a drug target.

After being at Scuola Normale Superiore in Pisa pursuing his chemistry PhD for almost five years, the University of Milan hired him in April on a one-year contract. He works on a joint project with nearby pharma company Dompè involving the Sars-CoV-2 spike protein.

Biswas worked remotely for the first two-and-a-half months of his new job. ‘A plus point of this pandemic is that people are … accepting that even if they are physically separated they can still work together,’ he says. ‘This is something very positive that has happened, even for the experimental people.’

Biswas was supposed to move to Milan on 1 June, but did not arrive there until more than two weeks later because one of his housemates was diagnosed with Covid-19 in late May, and the other in early June. As a result, Biswas had to quarantine for 25 days, despite being vaccinated and testing negative for the virus. He finally submitted his PhD the day after arriving in Milan.

The patience and tolerance shown by his supervisor and colleagues has made him even more dedicated to his new job, Biswas says. In academia, the intense competition among students appears to have subsided since the pandemic hit, he adds. ‘I have seen people doing experiments for each other, and this is one of the positive things that should remain.’

Covid-19 has reshaped practices at research labs. For example, Justin Houseknecht, who chairs the chemistry department at Wittenberg University in Ohio, US, notes that weighing out reagents has always been a ‘consistent bottleneck’ in organic chemistry labs. However, physical distancing requirements led his stockroom coordinator to provide every student with their own set of reagents and mandate that balances be shared by fewer people. 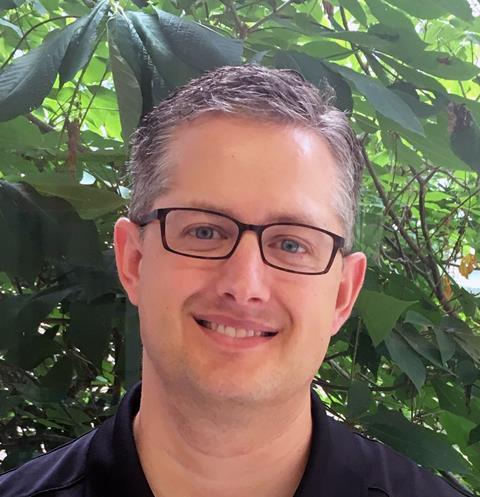 ‘We are probably going to continue doing that because we realised that it gets rid of the logjam,’ Houseknecht says. ‘When everybody is using the same set of reagents and balances, by the end of a lab period they are a disaster,’ he continues. ‘They feel pressured to be really quick and so they are more likely to make a mess and less likely to take the time to clean up after themselves, but when there is nobody waiting behind them then they are less anxious and more able to be careful.’

The pandemic also shed light on the vulnerability of research based mostly on experiments, which is easily disrupted and potentially ruined by emergency situations, according to Ilies. ‘Putting all our eggs in one basket is not the best,’ he says. ‘But we can adapt, at least for the short-term, writing reviews and research proposals, and doing computational work, for example.’

Further, Ilies says Covid-19 revealed how administrative structures in Japan are ‘poorly prepared to deal with extraordinary circumstances, and slow to adapt’.

For the last year or so, his research institute at Riken has been working at full capacity while following safety protocols like mask-wearing, avoiding crowding in labs, and doing seminars online. But Ilies says the most problematic restriction is the border closure imposed by the Japanese government, which has meant that foreign hires made last year haven’t been able to enter the country.

Two Indian postdocs he hired in 2020 are still stuck working from their homes in India, mostly studying the research literature, writing reviews or book chapters, and doing computational chemistry work. ‘We have no idea when the government will allow foreign researchers into Japan, and to be honest, we are quite upset with the government’s priorities, tens of thousands are allowed in for the summer Olympics, while our employees are denied entry,’ Ilies tells Chemistry World.

Fung Fun Man, an instructor at the National University of Singapore whose work focuses on enhancing chemistry education with technology, sees a shift underway. His expertise was suddenly in high demand when the pandemic caused universities everywhere to abruptly switch to online instruction back in March 2020. Initially, the multitudes of invitations from universities, chemistry organisations and others requested that he deliver online talks about how to integrate various technologies into virtual classrooms. More recently, however, Fung is being asked to share his knowledge about how to improve the student experience and build a better learning community.

‘In the past, we were more focused on integrating suitable technologies to see whether learners are receptive to it,’ Fung explains. ‘But now we need to look at the mental health of students to see what can allow for more human interaction, albeit virtually, to truly create a holistic classroom experience.’

In addition, many chemistry instructors have discovered the usefulness of electronic classroom polling systems, like Google Forms. In the online-only classroom environment prompted by the pandemic, such tools were necessary for student-teacher interaction. But they have also proven valuable as universities transition to hybrid and in-person courses.

‘When you are just asking students questions in class, usually there are only a few students who respond regularly and you have got a lot of quiet students who maybe don’t,’ Houseknecht explains, ‘and you realise that the polling enables a much broader population of the class to respond and engage’. These surveying tools are being adapted in a broader way to continue to capture the voices of quieter students, he says.

But as helpful as these technologies are, there is no substitute for face-to-face learning, and chemistry professors worldwide are concerned about those high school and university students whose first exposure to chemistry was last academic year, when campuses were closed. They wonder if universities might see a dip in the number of prospective chemistry majors.

‘Lab is the fun part of chemistry, and if they didn’t get to do that to the extent they did previously, or if it wasn’t that successful, I think they are just less excited about being chemistry majors and doing chemistry research,’ Houseknecht says. ‘I worry about whether or not they got the fire about how cool chemistry is.’

It also remains to be seen whether such students will have learned enough chemistry fundamentals to be prepared for the next-level courses. Last summer, Houseknecht studied how students in his intermediate-level Organic Chemistry 2 class were affected by the transition to remote instruction, and found that their ability to master course material didn’t change significantly.

‘I was staunchly opposed to online courses, or at least I was very much a sceptic, but I think the pandemic has shown me that it is possible to have good student learning occurring in an online, or mostly online, situation,’ Houseknecht says. Nevertheless, he is convinced that entirely virtual classes won’t work.

Although his analysis shows that ‘low-stakes assessments’ like quizzes are very successful online, Houseknecht says so-called ‘high-stakes’ assessments like final exams were essentially ‘a complete failure’ when done remotely because of academic dishonesty. There was rampant cheating on high-stakes assessments, according to Houseknecht, including students having others take their exams, using books for closed-book tests, and working in a group instead of individually.

Houseknecht says numerous colleagues at other universities found their exam questions on online tutoring systems like Chegg, which allow students to post questions and get expert answers within minutes. He believes that online low-stakes tests will become more common, with the recognition that they are a better fit for the virtual realm because students are less anxious about them and usually only have 10 or 15 minutes to complete them. 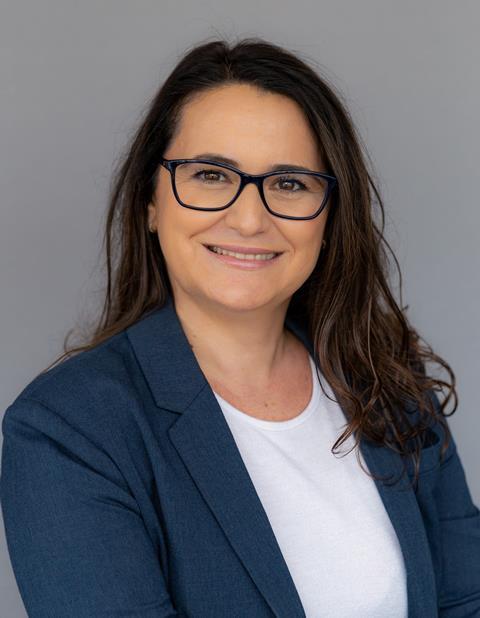 Liane Rossi remains in the thick of social distancing requirements

As the world and the chemistry community rebuild, it’s important to recognise that many places around the world remain stuck. ‘I feel that everything is still on hold,’ says Liane Rossi, who runs a nanomaterials and catalysis chemistry lab at the University of São Paulo in Brazil. All classes at her institution continue remotely and, although research labs are open, disruptive social distancing requirements are still in place, she notes.

‘Our group is divided in two shifts, and each week a different group is allowed to go in, and virtual group meetings are weekly via Google Meet,’ says Rossi. ‘We are all very tired.’