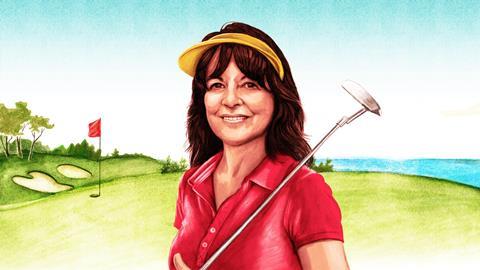 In situ with Jacqueline Barton

Jacqueline Barton researches metal–nucleic acid chemistry at Caltech. She chaired the university’s chemistry and chemical engineering division from 2009 to 2019, and is about to retire and become professor emerita of chemistry. Barton received the National Medal of Science in 2011, and the American Chemical Society’s Priestley Medal in 2015.

My dad was a Supreme Court judge in New York, and mom was a homemaker. She was originally from Belgium and always had a very thick accent. She could speak more languages than I can count, it was really quite incredible. We came from different times, so she didn’t really understand my interest in having a career.

I always will be a New Yorker. I spent the first half of my life there and still consider myself from New York City, even though I’ve lived in California for over 30 years. I can hail a cab anywhere in the world, quickly. If there are no cars within sight and it’s a red light, I will still walk across the street. I’m not going to change, it’s the way I am.

I didn’t take chemistry in high school, not until I went to college. But I loved math and I loved science, and so I just moved in that direction, and it was just fine.

At first, I saw DNA as a one-dimensional lattice that you could fill with different kinds of molecules, and I wondered how you could describe that mathematically. Then I moved to understanding DNA as molecules, and asking about the characteristics and structures of those molecules. Having mathematics as a tool can be very powerful.

I spent the last couple of years winding down my lab, and now I’m going to retire. We still have a couple of papers to write up with some collaborators, and I’ll probably write one last review – a perspective – but that will be it.

Outside of work, I play golf, swim every day and take walks with my fabulous husband, Peter Dervan. We try to stay healthy – we swim at our golf club, or in the ocean. But it’s too cold in the ocean for most months of the year. We also like to travel.

We used to spend two-thirds of our time in our home near Caltech and a third of the time down here in Laguna Beach. But during the pandemic it just flipped the other way around and now we are mostly here in Laguna Beach, in our house overlooking the ocean. We do everything by Zoom, which has made going into retirement natural.

What is consciousness? That is one of the most important unanswered questions in science. If I were 30 years younger, I would be interested in looking at neuroscience and understanding it from a true chemistry point of view – what is it chemically that goes on, and how do we get to be who we are?

I had to report that 12 legends in chemistry passed away over this past year. As chair of the National Academy of Sciences’ chemistry section, I send out a note to everybody when a member dies. It’s just been awful, these are heroes – the people that made chemistry what it is. Maybe it has to do with the pandemic, I don’t know, but it was a much smaller number of deaths a few years ago.

I am most proud of the many students that I’ve trained, and in particular the many women who I’ve advised, who have come through my lab and gone on to wonderful careers in chemistry and biology, and other areas. I attracted a lot of women to my lab because they saw that I could have a lab and work at the top level and also have a family. I don’t want to say that you can do it all, but yeah, you can be a normal person and do science at a high level.

When starting out, I was invited to be on all sorts of committees. Everybody wanted to have a woman on the list, and there weren’t a whole lot of women. It was sort of me or bust, and that wasn’t good. I’ve told the women in my lab that they should get involved in what they want but not feel that they have to say yes to everything, because it will distract them. The most important thing to do is to do your thing, be yourself and just do good science.

I’m not an expert on the sociology of women in science. I’ve run into jerks in my life, but I’m not going to focus on that. I want to focus on the good stuff, that there really is an opportunity for young women to do great science and there are lots of colleagues, men and women, who will be supportive now.