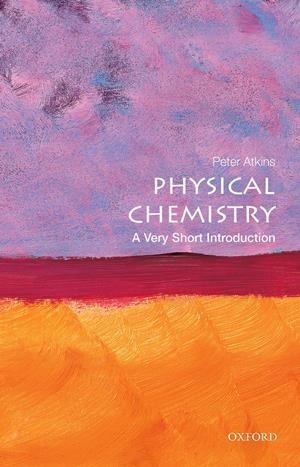 Chemistry often appears to be the least glamorous of the sciences, and physical chemistry requires some mathematical background as well, so it’s quite a challenge to write a short, popular account that is comprehensible and engaging. As the author of the standard text on the subject, Peter Atkins is well placed to attempt the task.

The book is organised into seven chapters, each of which deals with the basic concepts, but also finishes with a summary of current research challenges. The later chapters also discuss the impact physical chemistry has on wider issues including energy conversion, medicine and nanotechnology.

The sequence of topics is logical, but slightly different than the author’s well-known textbook; the book starts with the structure of atoms and molecules, Matter from the inside, before moving on to classical thermodynamics in Matter from the outside. This order makes the book clearer, because the abstract nature of thermodynamics, and its origin in 18th- and 19th-century attempts to understand the efficiency of steam engines, often means that the subject appears to be disconnected from chemistry.

In the first chapter, Atkins quickly demolishes older ideas about atoms, which incidentally are still taught in UK high schools, and gives a good overview of chemical bonding. However, the chapter on thermodynamics finishes weakly; Atkins explains how classical thermodynamics makes connections between apparently disparate quantities, but the example chosen, the relation between two types of heat capacity, is not inspiring, as he admits. The phase rule, which is discussed later, or Gibbs’ adsorption isotherm, which can be illustrated with the properties of detergents, might be more engaging.

This book will not be an easy read for those who are not technically minded. However, it is carefully written and captures the breadth of the subject, covering fundamental issues (quantum mechanics and bonding, how novel properties emerge as individual particles are assembled into bulk matter, the direction of change) as well as illustrating many of the current research challenges that place physical chemistry at the heart of issues in health, the environment and technology.