A century ago, the basic facts of human nutrition seemed clear. Most scientists agreed that we required nothing more than a sufficient supply of carbohydrate, fat, protein and water, plus traces of a few mineral salts. Physicians were aware of several diseases which we now know to be caused by vitamin deficiency, and a few scientists had already suggested that these conditions were diet related. But their causes remained unclear, and the word vitamin had yet to be coined. 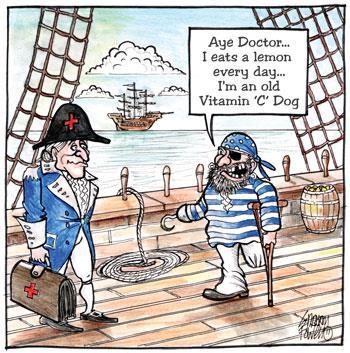 Today, deficiency diseases are retreating in the developing world and are rarely seen in prosperous nations. To prevent them, extra vitamins are routinely added to basic foods such as bread, milk and margarine, while the production and marketing of vitamin-based dietary supplements is a huge industry. However, what we should eat - and how much - is an endlessly debated issue.

This transformation of our dietary awareness took several decades, and many scientists contributed to it. But the critical breakthrough was announced in 1912 by the English biochemist Sir Frederick Gowland Hopkins (1861-1947). It was not a sudden eureka moment - one former pupil recalled Hopkins saying years earlier that the subject of nutrition would soon be revolutionised. However, it was Hopkins himself who eventually launched the revolution with his 1912 paper: Feeding experiments illustrating the importance of accessory food factors in normal dietaries  .

Working his way up 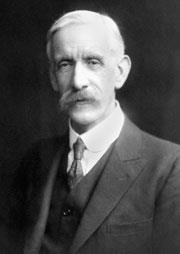 Hopkins was an inspiring teacher as well as an outstanding scientist

Radical advances in science are often made by impatient young investigators, but Hopkins was a late starter. His father, a bookseller and amateur scientist from Eastbourne, Sussex, died when his son was six years old, leaving the boy his microscope and telescope. At school - first in Eastbourne, later in London - Hopkins grew frustrated with the curriculum. At 14 he played truant for several weeks, educating himself at libraries and museums until he was moved to a new school. At 17 he started work in an insurance office, but after six unhappy months he joined a London firm of chemical analysts as an articled pupil.

Like many apprentices, Hopkins picked up much useful knowledge but received little systematic training. Dissatisfied with this, he began attending Sir Edward Frankland’s chemistry lectures at the Royal School of Mines, and afterwards worked for some months in the analytical laboratory of Frankland’s son, Percy. He then enrolled as a part time student at University College London (UCL), studying to qualify as an associate of the Institute of Chemistry.

Hopkins’ outstanding examination results persuaded Sir Thomas Stevenson - lecturer in forensic medicine at Guy’s Hospital and official Home Office analyst - to hire him as an assistant in 1883. In Stevenson’s laboratory he helped to prepare evidence for some notorious poisoning trials, while continuing with his part time education programme. By 1890 he had acquired a BSc from UCL and was studying medicine at Guy’s. He was also publishing original research papers.

After gaining his bachelor of medicine degree in 1894, Hopkins worked for the physiology department at Guy’s, but needed additional part time jobs to earn a viable income. Nevertheless, he continued his research, taking a particular interest in the chemistry of proteins. In 1898 he was appointed lecturer in physiological chemistry at the University of Cambridge, and in the same year married Jessie Anne Stevens. (They had three children, one of whom was the noted archaeologist Jacquetta Hawkes.)

The lectureship was poorly paid, and to support his family Hopkins also taught medical students basic anatomy and physiology. Somehow he found time to publish more research, and in 1905 he was elected a fellow of the Royal Society. In 1910 prolonged overworking caused his health to break down, and while he was convalescing, Trinity College offered him a fellowship which allowed him to reduce his teaching commitments considerably. In 1914 Hopkins became Cambridge’s first professor of biochemistry, though the first world war soon marginalised his academic research as government sponsored work relating to nutrition and rationing took priority. However, in 1924 the university established a new institute of biochemistry which he headed until his retirement in 1943.

Today, Hopkins is chiefly remembered for his work on vitamins, though he made several other significant contributions to biochemistry - ranging from investigations of the role of lactic acid in muscle metabolism to analyses of the pigments in butterfly wings. The thread linking all these activities was his conviction that biological systems and processes are accessible to chemical investigation. In an address to the British Science Association in 1913 he declared: ’My main thesis will be that in the study of the intermediate processes of metabolism we have to deal, not with complex substances which elude ordinary chemical methods; but with simple substances undergoing comprehensible reactions.’

Hopkins had worked on proteins at Guy’s Hospital, but at Cambridge a failed experiment suggested a new approach. Students complained that a standard test for proteins - the Adamkiewicz colour reaction - would not work. Hopkins found that the acetic acid they had used in the test was too pure. He showed that the reaction’s distinctive purple colour was actually generated by glyoxylic acid, often present as an impurity in commercial acetic acid. This discovery encouraged him to seek more reliable chemical tests for proteins, and for the simpler substances produced when they were broken down in the laboratory.

In 1901 Hopkins and his coworkers succeeded in isolating the amino acid tryptophan from milk casein residues, though it took considerably longer to establish its chemical identity as 2-amino-3-(1H  -indol-3-yl)propanoic acid. Hopkins’ team also showed that mice fed on a tryptophan-free diet gained weight more slowly than a control group given the same diet plus a trace of tryptophan. This discovery, published in 1907, became a paradigm for further studies of the metabolic roles of individual chemical substances.

By then Hopkins was convinced that the absence of certain nutrients from human or animal diet caused specific diseases. This was not a new idea. Ancient Egyptian medical texts recommended raw liver as a cure for night blindness, a 14th century Chinese publication identified foods which prevented beriberi, and the Scottish surgeon James Lind showed in 1753 that fresh lime or lemon juice protected sailors from scurvy. In the late 19th century Kanehiro Takaki, a Japanese naval surgeon, found the incidence of beriberi was reduced among sailors who ate unpolished, rather than polished rice, while experiments by the Russian biologist Nikolai Lunin and the Dutch physician Christiaan Eijkman demonstrated that animal diseases could be induced, and cured, by variations in diet.

With the benefit of hindsight, these results look conclusive. However, when Hopkins began his work they were generally ignored or dismissed. Deficiency diseases were still frequently attributed to poisoning by contaminated food, or to bacterial infections. The challenge Hopkins faced was to identify these critical components of our food and establish their chemical formulae. Completing this project took decades, and involved many other investigators. But it was Hopkins who set it in motion with a lengthy series of experiments, leading eventually to his groundbreaking paper in 1912. 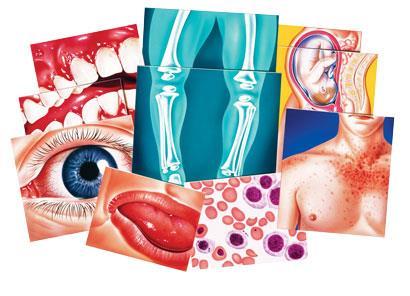 Hopkins made the link between diet and diseases

His approach was straightforward. He created an artificial diet for laboratory rats, composed of adequate quantities of highly purified carbohydrates, proteins and fats (plus traces of necessary minerals), and showed that when fed on this alone they failed to gain weight and died prematurely. A parallel group fed on the same diet, but with tiny amounts of milk or yeast extract added, developed normally. Hopkins concluded that these additives contained substances essential to animal growth, and began the long struggle to isolate and identify them.

There were numerous setbacks along the way. For example, it was eventually realised that casein - a milk-derived protein used in Hopkins’ artificial feed mixes - sometimes contained traces of these vital substances, making the test results appear inconsistent. He later discovered that anomalous results also occurred if the rats’ food contained insufficient roughage. This allowed colonies of bacteria to form in their guts, which then synthesised some of the missing compounds from other food components. Despite these difficulties, the evidence he presented to the scientific world in 1912 was persuasive enough to encourage more workers to join the search for these elusive substances.

Casimir Funk, a Polish biochemist working at the Lister Institute of Preventative Medicine in London, provided the mystery nutrients with a name by compacting vital and amine to form ’vitamine’. In 1920, the final ’e’ was dropped, after Hopkins and others had pointed out that not all the ’accessory factors’ - as he still preferred to call them - were amines.

Funk’s original ’vitamine’, which he extracted from rice bran in 1911, was water soluble. Investigations by other researchers revealed it to be a mixture of several active ingredients with different metabolic functions, all now included in the B group of vitamins. Thiamine (vitamin B1) proved to be the agent whose absence from polished rice caused beriberi in humans and polyneuritis in chickens. The Dutch biochemists Barend Jansen and Willem Donath isolated it in 1926, and its formula was established in the US by Robert Williams in 1934. (He had to process one tonne of rice polishings to extract 5g of pure thiamine.)

Hopkins investigated fat soluble growth promoting factors during a wartime study of the relative nutritional value of butter and margarine. He showed that margarine lacked a vital nutrient recently detected in butter by the Americans Thomas Osborne and Lafayette Mendel, which they called fat soluble A. In 1919 Hopkins’ pupil, Sir Edward Mellanby, demonstrated that a diet deficient in this nutrient caused growing animals to develop rickets, while the addition of it kept them healthy. By 1922 the US biochemist Elmer McCollum had shown that the fat soluble agent contained two active components, which were then labelled A and D. Vitamin D - plentifully available in cod liver oil - protected growing children against rickets. Vitamin A prevented the development of various eye defects.

The production and marketing of vitamin supplements is a huge industry

Two further fat soluble vitamins were identified during the interwar years - vitamin E, which is involved in reproduction, and vitamin K, which plays an important role in the coagulation of blood. Meanwhile, at London’s Lister Institute of Preventative Medicine, a team of scientists led by Harriet Chick isolated the dietary component required for the prevention of scurvy - a water soluble vegetable extract eventually identified as ascorbic acid (vitamin C) by Albert Szent-Gy?rgy and Charles King. This was the first vitamin to be synthesised, by Sir Norman Haworth in 1933.

Although the vitamin revolution was clearly the work of many hands, the Nobel committee valued Hopkins’ contribution highly enough to award him - jointly with Christiaan Eijkman - the 1929 Nobel prize for physiology or medicine.

Understandably, historians and biographers tend to focus mainly on Hopkins’ research achievements. But he was also remembered as an inspiring teacher by many former pupils. The distinguished biochemist and historian Joseph Needham recalled that ’his accessibility was quite remarkable, his kindness beyond belief. The humblest laboratory technician or the youngest research worker was always sure of a welcome and a hearing much more patient than he was likely to get from any other scientific man of the same standing or generation. Hopkins believed in people. Colleagues were known to say "all Hoppy’s geese are swans", but they forgot that there is an induction process by which certain geese may be turned into swans if given the hormone of encouragement.’

His encouragement proved very effective - among ’Hoppy’s’ ex-students were four Nobel prize winners and 30 fellows of the Royal Society. He died in 1947 garlanded with many honours, including a knighthood and membership of the Order of Merit. By then, the revolution in nutritional science which he initiated had transformed the world’s diet. Today, as vigorous debates about our eating habits continue in scholarly and popular publications, it seems this revolution is far from over.