A smaller future for big pharma? 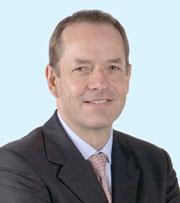 Cutting the amount spent on medicines may be an easy way for governments to help balance the books in the short term, but in the long run it will impact the ability to discover new medicines. So said GlaxoSmithKline chief executive Andrew Witty as he took over as president of trade association EFPIA, the European Federation of Pharmaceutical Industries and Associations, on Monday.

’Maybe there are other choices that are more difficult, but in the past few months in Europe there has been a degree of restraint regarding prices, and thoughtful approaches to the way industry can play a role in reducing budget deficits,’ he said. ’I hope that will continue, and governments don’t just fixate on the short run - in 10 years’ time they will discover there are no new drugs being developed. It’s crucial we are part of the dialogue so decisions about whether drugs should be reimbursed are made around information that is right, relevant and deliverable.’

Despite the ever-present pressure on prices, Witty remains optimistic about the future of drug discovery - and believes big pharma has a vital role to play. ’I think it’s a delusion that good science only comes out of start-up companies,’ he said. ’There are four or five remarkably successful US biotech companies - there are probably 4,000 or 5,000 that went bankrupt. It’s a myth that only small companies can discover!’

He added that drug discovery goes in phases, some of which are productive and some not. ’The question is, why?’ he said. ’I suspect, partly, that when things go very well, companies lose sight of the basics, start to believe it is easy and can be industrialised, and then lose the essence of what made it successful in the first place.’

We have been going through a period of making underpinning discoveries, he said, and these now need to be applied. ’We have discovered a remarkable amount of target information in key diseases in the past 15 years, and it will take time for that to yield drugs. Therapeutic vaccines, neurodegenerative approaches to diseases of ageing, there are some very exciting medicines coming through. Will there be enough to sustain the industry in its current size? No - that’s why we are seeing the capacity of the industry reduce. But I am very optimistic there will be exciting medicines that will make a real difference to patients.’