A soluble solution to the Haber process?

A soluble iron catalyst for the Haber-Bosch process that could boost efficiency and avoid the problems of solid catalysts is closer than ever, thanks to the work of an international team.

The Haber-Bosch process can trap atmospheric nitrogen, react it with hydrogen over a catalyst and produce ammonia for fertilisers and other industrial processes. The process led to the agricultural revolution and our ability to feed a growing population. A clearer understanding of the activity of the key component of the Haber-Bosch process - the catalyst - could help to optimise industrial nitrogen fixation still further and remove the need for high temperatures and pressures.

Ruthenium, osmium, uranium and cobalt-molybdenum can all catalyse the Haber-Bosch process, but iron catalysts are tough and cheap and so have been heavily used in industry over the decades. Indeed, the most commonly used catalyst was developed more than a century ago and is a potassium-doped iron catalyst. A soluble version of such a catalyst might be even more efficient because it could overcome the rate-limiting step of nitrogen dissociation from a solid catalyst surface. 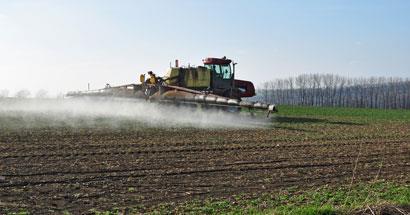 Unfortunately, soluble iron catalysts have proven ineffective in reducing the N-N triple bond and cannot produce large amounts of ammonia. Now, researchers at the University of Rochester, US, and the Max Planck Institute for Bioinorganic Chemistry, Germany, have developed a molecular iron complex that can react with nitrogen gas in the presence of a potassium reducing agent to generate a complex containing two nitrides bound to the iron and potassium cations and containing a mixed iron(II/III) nitride core.

The team suggests that the formation of this core structure has three iron atoms working together to cleave the dinitrogen triple bond through a six-electron reduction. The resulting nitride then reacts with hydrogen gas to generate a ’substantial’ yield of ammonia. However, this process leads to the consumption of the iron species and so is not catalytic. Nevertheless, the team’s work on the complex provides important clues as to precisely how nitrogen cleavage and N-H bond formation occurs, which might allow them to build a complex that does work catalytically in solution.

’The structural information from our compounds could be used to design new solid surfaces for the Haber-Bosch catalyst,’ team leader Patrick Holland tells Chemistry World. ’If we could ultimately tune our solution complexes to make a catalyst that turns over many times in solution at room temperature, then it would reduce the high temperatures and pressures that are currently needed in the process.’

Nilay Hazari of Yale University points out that chemists, including Holland and others, have been trying to convert coordinated dinitrogen into ammonia for decades. ’Holland has now demonstrated that it is possible to use an iron complex to fully cleave the dinitrogen bond,’ he says. ’The final frontier remains to perform this reaction catalytically, but Holland’s advance means that we are closer to achieving this goal than ever before.’

However, Birgitte Hammersh?i, senior scientist at Danish catalyst firm Haldor Tops?e, is not convinced the work will lead to a catalyst breakthrough. ’I do not believe that this work will lead to any improvement of the catalysts for the Haber-Bosch process,’ she says. ’The Haber-Bosch operating conditions itself limits the possibilities of designing the catalyst and it is therefore difficult to design the catalyst based on mechanistic knowledge and especially when obtained, as with this work, in very different conditions.’