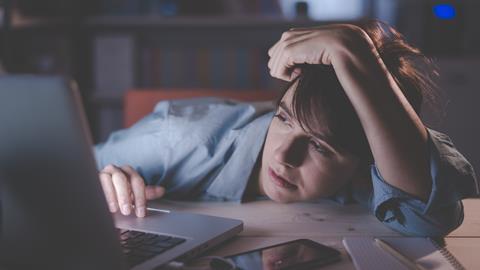 A questionnaire put to more than 4000 university staff across three Norwegian universities suggests that workaholism is more prevalent among academics than those working in admin or other technical jobs at these institutes.

Academics also reported more conflict between work and family life, and appeared to suffer from higher workloads. The research was carried out by psychologists at the University of Southeast Norway.

Overall, 2186 academics and 2551 technical and administrative staff filled out the survey, which contained a number of questions that could be used to measure excessive and compulsive working. Participants were asked, for example, whether they felt obligated to work hard, even when it wasn’t enjoyable, whether they felt guilty when taking time off and whether their job adversely affected the way they felt and behaved at home. They were also asked about the systems of management, support and resources in place within the university they worked at.

The researchers found that traits associated with workaholics were reported more often by academics than non-academic staff. They say these experiences seem to be driven by the demands of the job, and argue that recent changes in the governance and management of universities is changing academic working environments for the worse.

‘Paying attention to the risks of workaholism and preventing it at all levels are important, since workaholism is associated with work–family conflict, which may adversely affect the health of the individual, the family and the workplace,’ they conclude.