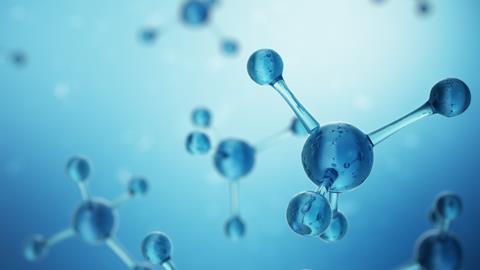 Concerns have been raised that institutional access to the Reaxys chemical and reactions database could end at universities across the UK in a row over rising costs. The dispute over subscription fees is being described as a potentially significant problem for chemists in the UK, and maybe worldwide.

The Joint Information Systems Committee (Jisc), an organisation that assists UK universities with digital resources and negotiates on behalf of the UK higher education and research sector, is currently in talks with Elsevier to make institutional access to Reaxys more affordable.

Multiple Jisc member universities – including University College London and the University of Cambridge – are understood to be holding off on renewing their access to Reaxys while Jisc is negotiating subscription fees. Four years ago, the annual cost of institutional access to the database in the UK was about £13,500, but Elsevier is now charging £38,000, according to an organic chemist at a major UK research university who is familiar with the negotiations and spoke to Chemistry World on condition of anonymity.

‘We are seriously considering whether Reaxys is financially viable,’ explains the chemist, who has worked extensively with the database. He notes that UK universities are largely funded from student fees and some government support, so their budgets for such resources are tight. ‘It’s a shame because it really speeds up the ability to search reaction processes, and even things like finding out where you can get NMR spectra, crystal structures of various compounds,’ he says.

SciFinder is an alternative to Reaxys, but he notes that while it is good for searching ligands and similar systems he thinks it does not perform as well when it comes to searching for reactions. He suggests that the loss of access to Reaxys is an ‘emerging crisis’ in the UK, and perhaps worldwide.

Kamila Muchowska, a biochemist and origin of life scientist whose research is funded by the French National Centre for Scientific Research (CNRS) and is affiliated with the University of Strasbourg in France, points out that neither the CNRS nor Strasbourg offer access to Reaxys due to ‘prohibitive pricing’.

Jisc and Elsevier say they are working together to offer a new agreement for Reaxys to UK institutions that will apply to all Jisc member universities, of which there are more than 160.

‘Central to these discussions is ensuring that the fees for the updated product reflect fair value, recognising the financial position of UK institutions whilst also considering the significant expansion in content, capabilities and functionality of Reaxys since its launch in 2009,’ they explained in a joint statement.

‘Our negotiations with Jisc are ongoing, we are still under contract, and this is part of the normal renewal cycle, so it would be inappropriate to discuss specific pricing, but over the last decade UK institutions have been paying significantly less than the global average for Reaxys, while we have continued to make significant investments to expand the content and functionality that Reaxys offers,’ Elsevier added.