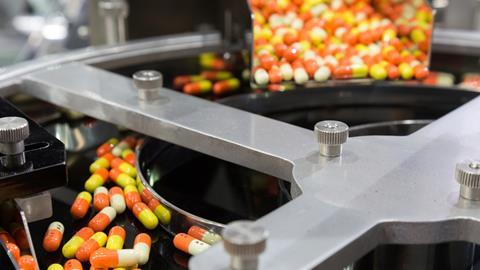 Apotex chief executive steps down amid tumult at generics firm

The president and chief executive of Apotex, the largest producer of generic drugs in Canada, has resigned just months after being accused by the Israeli pharmaceutical firm Teva of stealing trade secrets. Teva, the world’s biggest generic drug manufacturer, sued Jeremy Desai last year, claiming that he accepted trade secrets from a former Teva employee with whom he had a relationship.

The lawsuit is ongoing, but Desai and the other defendant Barinder Sandhu – who served as chief of regulatory affairs for Teva’s US generics business – have reportedly filed motions to dismiss the complaint.

Jeff Watson, who has served as president of the company’s global generics business, will take over as Apotex’s president and chief operating officer. Assuming the role of Apotex chief executive will be Jack Kay, the company’s vice-chairman who has been at the firm for 35 years.

Desai’s departure comes amid significant upheaval at Apotex. In December, the company’s founder and former chief executive Barry Sherman and his wife were found dead at their Toronto home.

Apotex announced Desai’s resignation the same day Toronto Police revealed at a news conference that the couple had, in fact, been murdered. The police believe that the murders were not a random act. The lead investigator, detective sergeant Susan Gomes, said there were no signs of forced entry into their house, and the victims were found hanging from belts by their swimming pool.

Toronto police have not identified any suspects in the case yet, and the investigation continues. However, Gomes said that one possibility, among many, is that a business associate killed the Shermans. Apotex has been embroiled in numerous patent disputes with competitors.

Although Barry Sherman had stepped down from his chief executive role at Apotex in 2012, he remained the company’s chief formulation officer up until his death, according to Berman. ‘He was in the office six or seven days a week, but actively involved in a specific role,’ Berman states. He said that the murder investigation has nothing to do with the departure of Desai. ‘The timing of the announcement related to Jeremy’s resignation and the police update of last Friday was an unfortunate coincidence – the two are completely unrelated,’ Berman states.