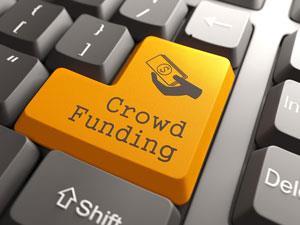 Backing from the Australian public has helped resurrect a body set up to provide independent information on climate change to government and citizens. This comes after Australia’s new prime minister, Tony Abbott, axed its predecessor, the Climate Commission. The founders of the new Climate Council have already raised over A$1 million (£600,000) since the commission was closed, last month. Will Steffen, director of the climate change institute at the Australian National University, says this level of support ‘will send a strong message to government, that there is concern about climate change’.

Steffen, who used to work for the commission and now works for the new body, believes the Climate Council can be effective on its own. ‘As the Climate Commission we were very careful to be independent of government: we didn’t comment on policy … one of the first things we did when we were disbanded was to agree to operate the same way.’ He and the other council members will work on a voluntary basis: they’ve already produced a report on what the UN’s Intergovernmental Panel on Climate Change (IPCC) findings mean for Australia.

The new government plans to repeal carbon pricing legislation and axe a range of other related bodies. It will spend the money saved on ‘direct action’ on climate change. One of its targets is the Clean Energy Finance Corporation, which has a A$10 billion fund which it can use to make loans to clean energy projects. But to do so requires legislation, which it can’t pass until it has a majority in the Senate next year. ‘Hopefully by next July the government will have cooled down a bit – but it’s not looking hopeful,’ says Tony Mohr, who heads the climate change team at the Australian Conservation Foundation.

He worries about the negative signal which all these measures send to other governments around the world, especially the US. The government’s direct action plan does not stand up to scrutiny, says Mohr. Independent assessments suggest emissions will actually grow rather than fall.

There is bipartisan support in Australia for a 5% cut in emissions by 2020, with a provision for up to 25%. Steffen says the previous government ‘recognised that we have to get very close to de-carbonisation. The science is saying to keep below two degrees of warming we have to de-carbonise by mid-century. Now the new minister says he understands the science – we’ll have to wait and see.’