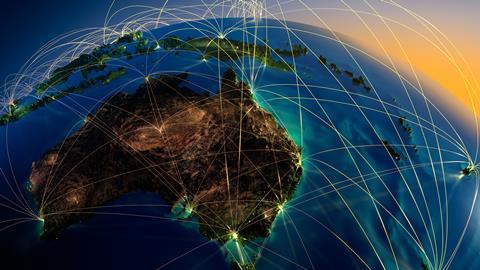 Boost for research and infrastructure juxtaposed against squeeze on universities

Medical research and technology infrastructure are the big winners in the science sector in Australia’s 2018 budget. It also includes new initiatives to support women in science and engineering, an Australian space agency and funding to conserve and protect the Great Barrier Reef. In addition, most funding bodies and research agencies will receive a cash boost in line with inflation – the first time for four years.

The budget outlines a 10 year A$1.3 billion (£720 million) National Health and Medical Industry Growth Plan supported by proceeds from the Medical Research Future Fund (MRFF). Established in 2015, the MRFF is an investment fund worth around A$7 billion; earnings on capital investments are used to fund medical research. The government also confirmed that the MRFF remains on track to reach its capital target of A$20 billion by 2020–21, and announced a list of MRFF-backed projects over the next decade, including A$240 million over four years to develop innovative medical ideas, research devices and treatments, and A$500 million for a major new genomics initiative to develop new ‘precision medicine’ approaches to a wide range of diseases.

A 12 year research infrastructure investment plan will commit A$1.9 billion to critical national research infrastructure. Initial investments include A$140 million upgrades to two supercomputing facilities. Investment will be guided by a roadmap developed by Australia’s chief scientist, Ian Chubb, and will require co-investment by industry and other institutions. The roadmap’s recommendations include development of advanced microscopes and device fabrication techniques.

‘This is a good budget for science,’ says Andrew Holmes, president of the Australian Academy of Science, and a chemist at the University of Melbourne. ‘It reflects the long-term and strategic approach that is needed for Australia to benefit from science and innovation at a global scale.’ But he says that Australia still has ‘a long way to go as a nation, particularly on big issues like [science, technology, engineering and mathematics (Stem)] education and training at school and university, and climate change’.

‘The government has listened to the need to restore support for major science agencies and invest in research infrastructure to position Australia as a [global] leader,’ comments Kylie Walker, chief executive of Science & Technology Australia (STA), which represents 68,000 Australian scientists and technologists. Walker is glad to see that the budgets of research funding bodies will rise in line with inflation. ‘This is very welcome for the Australian Research Council and other research agencies like Csiro.’

However, STA’s Walker points out the budget isn’t all good news, with Stem graduate rates threatened by continued capping of support for undergraduate places at universities. In December 2017, the government announced measures to freeze per student funding to universities at 2017 levels. ‘Universities will need to find ways to meet growing demand, while dealing with stagnant funding in the years to come. As Stem degrees are some of the most expensive to run, we don’t expect universities will have the capacity to increase the number of Stem skilled graduates.’

Nalini Joshi, Payne-Scott Professor of Applied Mathematics at the University of Sydney, also has reservations. ‘A society with only a handful of mathematically trained workers cannot be expected to support the extraordinarily important developments expected in modern life, such as precision medicine. Australia is that society: only 0.4% of entering university students study mathematical sciences, in comparison to the OECD average of 2.5%. To barely reach that average, we would need to multiply the current cohort of senior high school students who are mathematically prepared for university by a factor of six. The budget contains no action or stimulus to help meet this challenge.’

Meanwhile, the government is to ‘refocus’ the R&D tax incentive scheme for new technology companies. It has raised the A$100 million R&D expenditure threshold to A$150 million, introduced a A$4 million annual cap on cash refunds for R&D claimants with an aggregated annual turnover less than A$20 million, but excluded clinical trials from this cap, and brought in a non-refundable R&D tax offset for companies with aggregated annual turnovers of A$20 million or more.

However, Go8’s Thomson says the reforms fall far short of the integrated and system-wide support for research and innovation that is needed. She would like stronger incentives for business R&D to connect with Australia’s university research sector. ‘Real incentives would shift us from a nation in which business expenditure on R&D has dramatically dropped as a proportion of GDP, to one that can compete with our peers – our competitors – around the world.’