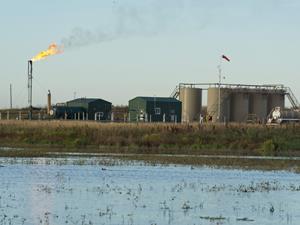 The US Environmental Protection Agency (EPA) is considering introducing new regulations that would require companies to disclose the composition of chemicals used in hydraulic fracturing (fracking), but theSociety of Chemical Manufacturers and Affiliates (SOCMA) is warning that such a rule could jeopardise the trade secrets of its members, which include small businesses that manufacture chemicals used in oil and gas exploration.

However, SOCMA is now arguing that this plan could lead to ‘mining from foreign competitors’ before chemicals enter commerce. The consequent offshoring could lead to lost jobs and product manufacture outside the reach of US law, the trade group suggests in comments submitted to EPA.

Instead, SOCMA urges EPA to avoid duplicative reporting requirements by maximising the voluntary initiatives already under way between manufacturers, in collaboration with local, state and federal agencies. As an example, SOCMA points to the FracFocusChemical Disclosure Registry, a mechanism for posting drilling activities and keeping the public informed while protecting proprietary business information.

The group suggests that EPA could identify chemicals used at a particular well, or more broadly, by combining the FracFocus data with data from its own chemical data reporting rule, which requires manufacturers to report information on the chemical substances they produce domestically or import into the US.