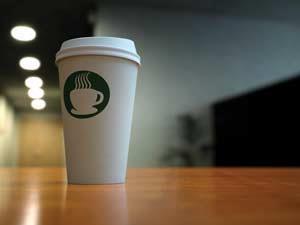 Starbucks and other big name coffee chains are being sued in California in a bid to get them to label their coffee products as containing a carcinogen. A non-profit is claiming that because of the levels of acrylamide in these chains’ coffee consumers need to be warned.

The California-based Council for Education and Research on Toxics (CERT) is suing Starbucks and other companies like Dunkin’ Donuts, Seattle’s Best Coffee and Whole Foods Market under California’s proposition 65 rule, which requires warning labels to be placed on products that contain chemicals linked to cancer.

Acrylamide is a by-product of roasting coffee beans and can also be found in other foods, such as cooked vegetables and baked goods. CERT argues that, because acrylamide is listed in California’s proposition 65 as a carcinogen, these companies are required to warn their customers that it’s in the coffee they serve. CERT also alleges that since June 2002, these companies have violated Californian law by exposing millions of individuals to acrylamide without proper labelling.

According to CERT’s expert testimony, when the coffee sold by the defendants in California was tested, the results showed that even a single, ordinary cup of coffee contained anywhere from four to well over 100 times more acrylamide than the no significant risk level for the chemical established by California’s Office of Environmental Health Hazard Assessment. 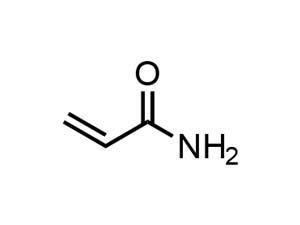 In terms of civil penalties, CERT is arguing for fines of a minimum of $2500 (£1500) per day for each violation of proposition 65 by each of these companies. CERT is also seeking a court order to prevent coffee chains selling coffee in California without first providing a ‘clear and reasonable’ warning about the presence of acrylamide.

Meanwhile, the coffee chains’ scientific experts maintain that, after reviewing the complex chemical nature of coffee, performing a risk assessment and weighing relevant human and animal evidence, it is clear that acrylamide in coffee does not pose a significant risk of cancer.

Stanley Omaye, a professor of nutrition and toxicology at the University of Nevada, US, says the coffee companies have the stronger case. ‘Based on the animal studies, you would have to drink probably over 100 cups of coffee a day in order to get to that dangerous dose, so it is totally absurd,’ he tells Chemistry World.

While the CERT’s experts claim to have analysed the risks of ‘coffee, attributable to acrylamide’, Starbucks and other coffee chains argue that they have failed to consider any of the scientific evidence that the toxicity of acrylamide may be reduced by other components of coffee. Therefore, they assert that the CERT have merely analysed acrylamide in isolation, not in coffee.

Hundreds of human epidemiology studies following over one million people demonstrate that coffee consumption does not increase people’s risk of cancer and, in fact, appears to reduce the incidence of several types of cancer, according to the coffee chains.

‘To separate a chemical constituent from the coffee itself would require this court to reject the most relevant evidence, in favour of a theoretical scenario that does not occur outside of a laboratory,’ the coffee shops state in their pre-trial brief.

In fact, after analysing acrylamide concentration data from the defendant’s coffee along with data from the US government’s National Health and Nutrition Examination Survey, the defence team’s experts determined that over a 70-year lifetime the average coffee drinker has just one small cup a day.

‘This is a non-issue that has arisen because of prop 65,’ Omaye states. ‘Rats are not just little humans and doing experiments whereby you exaggerate the dosage concentration has no real world reference,’ he adds, calling the push for labelling acrylamide in coffee ‘totally off the mark’.