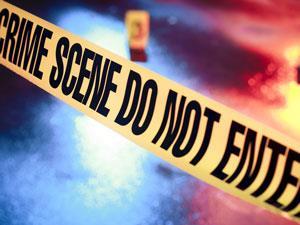 Scientists in the US have unveiled details of a colorimetric assay1 that could provide an initial indication of a suspect’s gender during the on-scene stages of a forensic investigation.

Narrowing the pool of potential suspects early on in their investigations can give the police the upper hand. However, traditional DNA analysis requires laboratory conditions, sophisticated equipment and time. Rapid, simple, on-site analysis of blood left behind at a crime scene may provide investigators with a head start to quickly identify a group of possible suspects or rule out others.

Complementing their previous work,2 which used the enzyme biomarkers of creatine kinase (CK) and lactate dehydrogenase (LDH) to differentiate between blood samples from different ethnicities, Evgeny Katz at Clarkson University, Potsdam, and Jan Halámek at the University at Albany, State University of New York, have combined analysis of CK with another biomarker, alanine transaminase (ALT), to distinguish between male and female human serum samples. The levels of CK and ALT in the blood of males and females are known to show a small but significant difference. Using a multi-enzyme/multistep biocatalytic cascade, this small difference can be amplified and with the final step involving a coloured compound, a visual identification of gender can be made.

As with all biological samples, the levels of biomarkers will vary between individuals, and illness or disease may have a huge effect, leading to a third possible outcome: that no gender can be determined. However, Katz says, ‘the information about the health problems might be also important for the criminal investigation.’

Further development of the assay using real blood samples is currently underway, and will involve the challenge of moving from idealised, laboratory conditions to real life. As Jim Miller, emeritus professor of analytical chemistry at Loughborough University in the UK, explains, ‘the practical problems of dealing with labile biological materials at messy and complex crime scenes will need to be overcome before the method can be used routinely, but this quasi-quantitative approach to a qualitative analysis deserves further development.’ And while the assay is less sensitive and less specific than likes of DNA analysis, the advantages gained in terms of ease and speed may just be enough to compensate.

As the interest in the use of biomarkers for identification grows, it will be interesting to see how big a picture can be built from a drop of blood in the future.