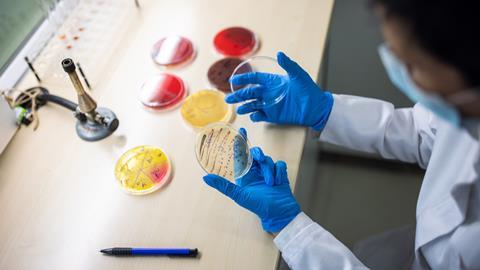 Blocking a hydrogen sulfide defence mechanism appears to make bacteria more vulnerable to antibiotics – a finding that could offer a new way to tackle antimicrobial resistance.

Drug-resistant bacteria, known as persisters, are a growing global health crisis. By the middle of this century, scientists predict that antimicrobial resistance will account for 10 million deaths annually. For this reason, many researchers are working to find new antibacterial agents and ways to improve existing drugs’ effectiveness.

‘Bacteria appear to use controlled self-poisoning with H2S to slow down their metabolism, preventing the antibiotics from using the bacteria’s energy production system to kill them,’ Nudler told the NYU Langone website.

Nudler’s team identified a protein called cystathionine γ-lyase (CSE) that plays a key role in hydrogen sulfide production in two common drug-tolerant bacteria. After obtaining x-ray structures of CSE, the researchers used computational tools to screen more than three million small molecules in search of compounds that might bind to the protein and stop it from functioning. 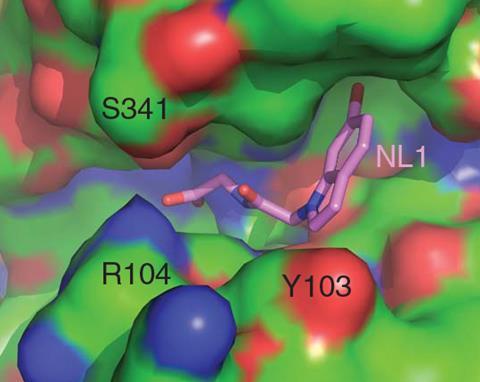 Based on the screening results, the group assessed the ability of dozens of compounds to prevent hydrogen sulfide production in enzymatic assays. The three most promising candidates – all related compounds based on a substituted indole structure – were then tested in both test tube and mouse studies on Staphylococcus aureus and Pseudomonas aeruginosa. These common persisters are two of the most common causes for hospital-acquired infections. The experiments showed that by blocking the hydrogen sulfide defence mechanism, the small molecules could indeed increase the potency of several antibiotics, including a type of penicillin, against the bacteria.

Kings College London, UK, medicinal chemist Miraz Rahman explains that finding ways to modify drug-resistance in bacteria can offer an interim solution – prolonging the lifespan of existing antibiotics while scientists continue looking for new antibacterial classes. He says that discovering the CSE protein as a druggable target is ‘an important new finding’ that ‘offers new opportunities to develop combination therapies in chronic diseases like cystic fibrosis, where persister population is particularly problematic’.

‘This is an early and encouraging result against a limited number of mainly lab adapted strains,’ notes Rahman. ‘The strategy still needs to be validated against relevant clinical strains in appropriate disease models to assess the suitability of this target to overcome resistance.’

However, he believes that the study ‘lays the foundation work’ for developing combination therapies that target the CSE protein and may one day help to overcome antimicrobial resistance.