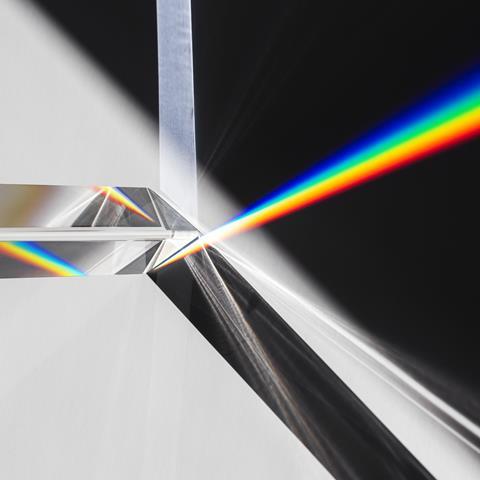 ‘We grabbed a well-known iridium catalytic intermediate and unveiled a completely new application,’ says Paolo Melchiorre from the Institute of Chemical Research of Catalonia (ICIQ) in Spain. His team has revealed that under blue light a traditional allylic substitution catalyst completely switches reactivity to enable enantioselective cross couplings.1

Photochemical reactions expand the toolbox of organic chemists, providing access to reactivities that are unachievable by traditional methods. These processes often require a catalyst and an antenna – a photoactive molecule that captures light, usually intense ultraviolet (UV), generating reactive species such as radicals. 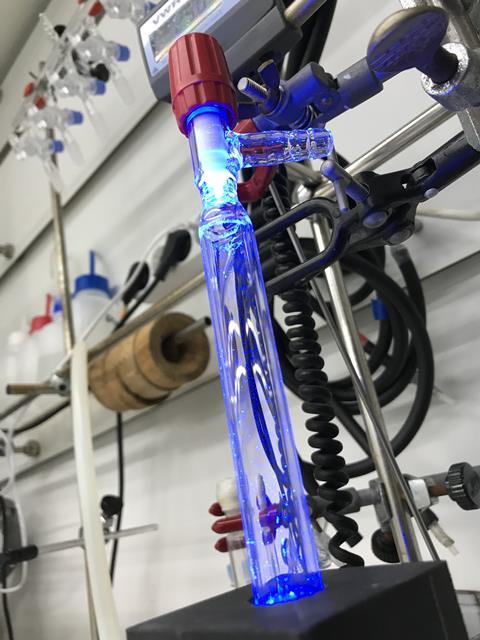 The ICIQ team now found that a common chiral iridium complex combines the two functions – and it doesn’t require a source of intense UV light. ‘We activated our photoactive iridium complex using blue, visible light, which is widely available and inexpensive,’ explains ICIQ’s Giacomo Crisenza who also worked on the project. Upon light irradiation, the iridium catalyst becomes a single-electron oxidant. ‘This opens the door to unprecedented carbon–carbon cross couplings, yielding products that are inaccessible under thermal conditions,’ he continues.

Although the discovery seems serendipitous, it comes from rational design and experience. ‘A few years ago, our group observed that certain intermediates in organocatalysis responded to light activation, leading to unexpected products,’ says Melchiorre. ‘After having developed similar solutions for enamines, iminium ions and other species, we always check if our catalyst works without an external antenna to absorb light,’ he adds.

Melchiorre points out other chemists have described similar behaviour in certain organometallic compounds.2 ‘However, those complexes were specifically designed for that purpose,’ he explains.

‘Even when they have not been designed for photocatalytic processes, light excitation of old [organometallic] catalysts can unravel novel mechanistic pathways unreachable under traditional thermal conditions,’ says Anabel Lanterna, an expert in photocatalysis at the University of Nottingham, UK. ‘Designing robust catalysts is challenging, time-consuming and expensive,’ she says. ‘The repurpose of well-known organometallic complexes could accelerate developments in photoredox catalysis.’

Besides, Lanterna highlights the value of using visible light. ‘[It] eliminates the generation of wasteful by-products [and] also reduces the cost of the process.’ Deep ultraviolet sources require specialised and expensive quartz reactors, she explains. Indeed, the ICIQ researchers studied the absorption properties of both reagents and catalyst, and picked the wavelength that maximises efficiency and selectivity towards the active iridium species.

These cross coupling reactions could find applications in the design of fine chemical and pharmaceuticals. Moreover, photochemistry would make these reactions greener. ‘[We] could drastically reduce [the] carbon footprint and make chemicals and medicines more affordable,’ says Lanterna.