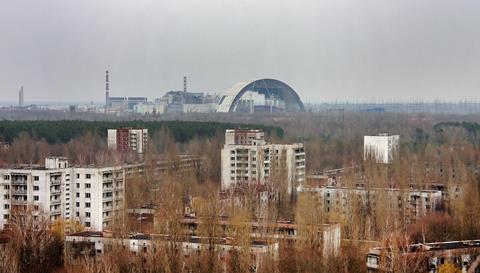 Scientists in France have developed a nanoparticle-based formulation of Prussian blue, which could lead to better treatments for people who have been exposed to radioactive contamination.

Large quantities of radioactive contaminants can be released into the environment during nuclear weapon tests or accidents at nuclear reactors – such as those that occurred in Chernobyl, Ukraine, in 1986, and more recently in Fukushima, Japan. Radioactive caesium isotopes are among the more common fission products that escape during such events and are easily absorbed by the human body. Exposure to radioactive caesium can cause many different types of cancer, neurological effects and in extreme cases rapid death.

The only approved treatment for caesium poisoning is Radiogardase (iron hexacyanoferrate), known commonly in the art world as the pigment Prussian blue. Now a research team, led by Yannick Gauri from the University of Montpellier, has developed a nanoparticle-based formulation of Prussian blue that removes caesium from the body more efficiently than the current treatment.

‘The developed formulation has the double advantage of being composed of tiny particles of the decontaminant agent, Prussian blue, and an oily phase which promotes the bioavailability of the decontaminant,’ explains Guari. This oily phase is based on the phospholipid mixture lecithin and promotes the formation of Prussian blue aggregates, known as micelles, which are about 55 nm in diameter. Testing on rats showed that this blend could remove radioactive caesium from the body as much as 40% faster than the original treatment.

Daniel Talham, an expert on nanomedicines, from the University of Florida, US, explains that these reverse micelle systems have been investigated extensively, however, they are not always biocompatible. ‘The current study uses an already developed micelle-based drug delivery technology and shows it can be used to encapsulate Prussian blue nanoparticles,’ says Talham. ‘The animal studies show the approach can be effective. Potential benefits to using nanoparticles are better health outcomes with lower drug doses,’ he adds.

The effectiveness of the new formulation was also shown to be dependent on administered dosage – something not previously seen with the conventional treatment. This is a ‘very interesting’ finding according to Dunstana Melo, a dosimetry expert who led a team assigned to research and mitigate the effects of caesium-137 following the radiological accident in Goiânia, Brazil, in 1987. ‘Human data from Goiania shows that the efficacy is the same for the dosages of three, six and 10 grams per day,’ she observes. ‘The new formulation seems to be very promising to be applied as therapy to enhance the elimination of caesium from the body.’