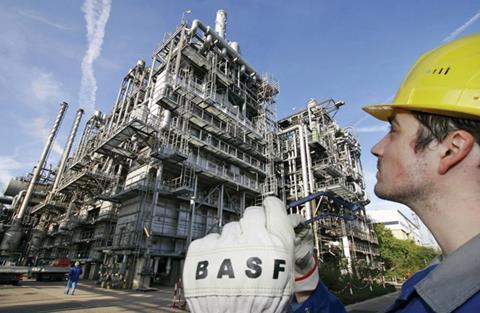 This year has seen massive investment in new chemical plants in the US, driven by cheap feedstocks and energy from shale gas. The American Chemistry Council (ACC) estimates that the potential US chemical industry investment linked to shale has reached $135 billion (£86 billion), with over 60% of that investment coming from firms based outside the US.

Overall, 211 shale-related projects have been announced in America, including ethane crackers, methanol plants and other facilities that mostly make commodity chemicals. There are also expansions to existing plants, as well as changes to increase capacity and remove process bottlenecks. The figures represent a significant increase since February 2014, when ACC analysis indicated an investment of just over $100 billion, and 148 projects.

Martha Moore, an ACC economist, tells Chemistry World that the vast majority of these new plants are taking advantage of gas as a cheap feedstock, using either methane directly (to make ammonia or methanol) or natural gas liquids like ethylene, propylene and their derivatives. On the other hand, new chlorine plants benefit from cheaper energy costs to provide the tremendous amounts of electricity to split salt into sodium and chlorine.

Several of the large cracker projects – which convert ethane into ethylene – are now breaking ground. Moore anticipates that construction activity will peak around 2017, but the rapid demand has already led to price hikes from construction engineering companies.

The ACC and others have emphasised that regulatory permitting issues should not hamstring new investment in this area, and the White House apparently agrees. In fact, President Obama highlighted shale gas and the need for prompt approval of manufacturing projects during his State of the Union Address in January 2014. He referred to the large investment in new factories that use natural gas, and promised to ‘cut red tape’ to help states get those facilities built.

In the US, Louisiana and Texas appear to be popular destinations for such plants. For example, South African fuel producer Sasol approved an $8.1 billion ethylene cracker and derivatives complex in Lake Charles, Louisiana in October 2014. The heart of the project is an ethane cracker that will produce 1.5 million tonnes of ethylene?annually.

Around the same time, Texas-based petrochemicals manufacturer Westlake Chemical revealed that it will invest more than $330 million to boost ethylene capacity at its Lake Charles complex by 100,000 tonnes per year. The project is set to open early in 2016.

Meanwhile, key projects are also underway in Texas, including separate efforts by ExxonMobil and Chevron Phillips Chemical to begin building ethylene plants based on cheap shale gas feedstocks at their complexes in Baytown. ExxonMobil anticipates that production at the facility will start in 2017, while Chevron is building an ethane cracker that is slated to begin production in 2017, and will seek final approval to expand its poly-alpha-olefins (PAO) plant in the second quarter of 2015, with expected completion in 2016.

In addition, German chemicals giant BASF and Norwegian fertiliser producer Yara are jointly working to build a ‘world-scale ammonia plant’ on the US Gulf Coast that will take advantage of low-cost natural gas feedstocks from shale. The proposed plant would be located at the existing BASF site in Freeport, have an annual capacity of 750,000 tonnes and be based on a hydrogen-synthesis process. However, BASF is in no hurry to compete for construction resources. ‘We believe the feedstock advantage from shale gas will continue for a long time,’ said company chairman Kurt Bock at an investors meeting in May 2014.

Some enterprising European manufacturers, such as Ineos, are aiming to translate the advantages of US shale gas to Europe by shipping ethane across the Atlantic, until domestic shale exploration becomes more?established.

However, the International Energy Agency and others have suggested that replicating the US shale oil boom outside of North America will be difficult. The European Academies’ Science Advisory Council (EASAC) and the UK Energy Research Centre (UKERC) have also recently warned that shale gas will do little to solve Europe’s energy supply security problems.

The geology in much of Europe is ‘more complicated’ than in parts of the US because it involves older, ‘more fractured formations’, according to the EASAC, and this has implications for the technical and economic viability of gas extraction.

In a wider European context, the UKERC and others anticipate that progress in developing shale gas will be slow. Europe is expected to produce less than 30?billion cubic metres of shale gas by the early 2030s. 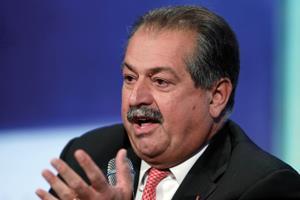 Dowâ€™s chief, Andrew Liveris, has resisted calls to break up the company

Beyond shale developments, there has been a drastic increase in mergers and reorganisation of companies this year, as well as pressure on big firms to boost profitability by dividing up into smaller units or restructuring.

For example, activist Dan Loeb of the hedge fund Third Point has pushed Dow Chemical to break up, but Dow chief Andrew Liveris has called this the wrong approach and shows ignorance about how integrated chemical companies work.

Third Point asserts that Dow’s weak performance is especially surprising given the shale gas boom fuelling the company’s petrochemicals business. The fund has recommended, among other things, that Dow consider spinning off its petrochemical segment.

Tensions reached boiling point in November 2014 when Third Point unveiled a website and video accusing Dow of ‘broken promises to investors’ as well as ‘bad decisions’, and saying the company’s leadership has ‘lost its way’. Simultaneously, Third Point also created a ‘shadow’ advisory board of executives to guide Dow on how to increase?value.

In response, Dow said the Third Point declarations display ‘a fundamental lack of understanding’ of the company and ‘an approach by an activist investor that has little interest in anything that benefits Dow’s many long-term shareholders’.

The website and video have since been taken offline, after the two parties reached an agreement to add four new directors to Dow’s board – two chosen by Third Point and two by Dow.

While resisting calls to split the company in such a drastic fashion, Dow has made moves to ‘shift its portfolio away from assets that are no longer a strategic fit’. The firm plans to divest around $8 billion of business units by mid-2016, and has begun by selling off its nitroalkane specialist subsidiary Angus Chemical, as well as its AgroFresh and sodium borohydride businesses.

Meanwhile, DuPont is also being pushed to split itself up. The investment management firm Trian Fund, which holds a $1.6?billion stake worth 3% of the company, is pushing DuPont to break itself into two smaller enterprises – one dedicated to agriculture and nutrition, and the other focused on industrial materials.

For its part, DuPont has stressed that it remains committed to executing its recently announced redesign initiative to drive down costs by $1 billion and become more efficient.

The company has already said it will spin off its performance chemicals business, but investors say this is not enough. Trian Fund points to $2–4 billion of excess corporate costs at DuPont, an inefficient capital structure, as well as bureaucracy and lack of accountability. In response, the company cites a 220% total shareholder return since the end of 2008, compared to 144% for the S&P 500 during the same period.

The Trian plan is too radical and very expensive owing to the significant costs associated with breaking up the company’s operations, restructuring debt and tax implications, according to DuPont.

Meanwhile, Bayer – one of the last combined pharmaceutical and materials companies – plans to break off its polymers business within the next two years. On the other hand, German conglomerate Merck KGaA is expanding into the chemicals arena and has no intention of exiting drug development. In September 2014, the company agreed to buy US speciality chemicals company Sigma–Aldrich. The company is also reportedly considering selling its diabetes devices business.

Elsewhere in the world, the Japanese chemicals industry has undergone a big shake-up this year amid the country’s difficult economic conditions, with companies refocusing and streamlining to return to?profitability.

The Japanese Ministry of Economy, Trade and Industry (METI) issued a report in November that said Japan’s chemical industry should ‘consolidate facilities and restructure businesses’. The METI and others suggest that Japan’s petrochemical industry is headed for tougher times because of factors like a decline in domestic demand, cheap imports of chemical products derived from low-cost shale gas from North America and increased production of coal chemicals in?China.

Indeed, Japanese petrochemical players have started shutting down facilities, with Sumitomo Chemical slated to close its more than 40-year-old cracker in Chiba in the second half of 2015. Asahi Kasei is set to close several petrochemical production plants in Japan and is also moving ahead with plans to combine its naphtha cracker operations at Mizushima, Japan, with those of Mitsubishi Chemical at the same site.