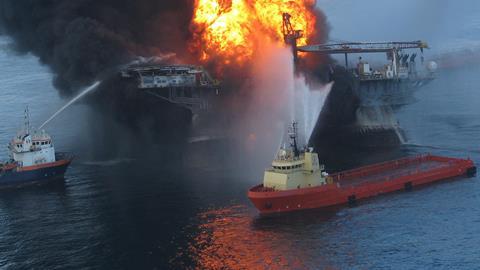 Nearly seven years after Deepwater Horizon, the independent research programme BP created is laying a good foundation for the future

Months after BP’s Deepwater Horizon oil rig exploded off the Louisiana coast in April 2010, killing 11 workers and releasing millions of barrels of oil into the Gulf of Mexico, the company established a $500 million (£402 million), 10-year programme to study the effects of the accident. Almost seven years later, questions remain about how long recovery will take, but the programme is helping to build the knowledge and capacity needed to better address future oil spills.

The Gulf of Mexico Research Initiative (GoMRI) – an independent, voluntary programme sponsored by BP unrelated to any litigation, fine or penalties resulting from the Deepwater Horizon accident – is led by former US National Science Foundation (NSF) director Rita Colwell. She discussed its formation and progress at the American Association for the Advancement of Science (AAAS) annual meeting in Boston.

Colwell recounted how BP’s chief scientist invited her in mid-May 2010 to head up this new GoMRI research programme. Colwell said she accepted the offer only after receiving assurances that it would be truly independent, not just an arm of BP, and that she could assemble her own team and run the operation like an independent research agency. ‘Having been the director of the NSF, and having run that organisation for six years, it was possible then for me to be able to establish the research programme in the Gulf,’ she told the AAAS audience.

Colwell described GoMRI as funding ‘directed research’, and she noted that all the studies it supports are totally independent, and its authors can publish freely, without any kind of oversight.

To date, the programme has spent $350 million through research grants to 278 universities and academic research institutes across 42 US states and 18 countries, according to Colwell. As of December 2016, these studies have produced almost 1000 peer reviewed publications and book chapters, and more than 2000 scientific presentations, Colwell said. The programme has so far supported the work of about 3400 researchers, and all of their findings are freely available through the Smithsonian Ocean Portal.

With funding from GoMRI, the University of Southern Florida fisheries biologist Steve Murawski has been surveying fish in the Gulf area since 2011. He and colleagues have observed, for example, decreases in the concentration of naphthalene metabolites in the gall bladder and bile of an iconic species of Gulf red snapper. ‘You can see there is a very substantial decline over the period of time, although it is not necessarily an exponential decline,’ he said.

In addition, one of the most visible signs of trouble that quickly emerged following the Deepwater disaster appears to have resolved. Immediately after the accident, lots of fish in the area were turning up covered with ‘really gross-looking skin lesions’, Murawski recalled. Scientists wondered whether this phenomenon was merely the result of greater scrutiny or exposure to chemicals from the oil spill. The answer now appears to be the latter.

After monitoring the situation, Murawski’s team has determined that these skin lesions have essentially disappeared. ‘We don’t see any animals anymore that have these,’ he said. ‘It is not proof-positive […] but it certainly is a smoking gun.’ This conclusion is supported by laboratory studies indicating that such skin lesions on fish can result from exposure to oil, as well as exposure to high levels of bacteria.

But not all signs point to improvement for aquatic life in the Gulf since the Deepwater Horizon disaster. For example, bottlenose dolphins in Barataria Bay in Louisiana are still suffering. ‘If you are in the bottlenose dolphin population in Barataria Bay, you are in serious trouble,’ says Murawski. ‘That population is dead-ender – they are not producing any young anymore.’

The US National Oceanic and Atmospheric Administration cites data from multiple research studies indicating that these coastal bottlenose dolphins are in chronic poor health and plagued by failed pregnancies, as well as increased mortality, in the aftermath of Deepwater Horizon. ‘We are not out of the woods,’ Murawski warned. He said results of sampling indicate the oil that spilled into the Gulf of Mexico in April 2010 is going to stick around for decades, and much more research will be needed to determine which parts of the ecosystem will be affected down the road.

Meanwhile, studies on the human health impacts of the Deepwater Horizon oil spill are currently under way, but the data are not expected for another two to three years. In addition, the US National Academies will soon undertake a major study to examine the scientific evidence on how oil dispersants like Corexit affect fish and marine ecosystems, and how effective they are at dispersing oil.

Although key research questions persist, the Deepwater Horizon catastrophe has led to the growth of the science base in this field in the Gulf regions, with collaborations across the country and overseas. Colwell and Murawski emphasised that GoMRI has knitted the research community together across institutions like Texas A&M and Louisiana State University, to create a network that can effectively address future oil spills in the area.