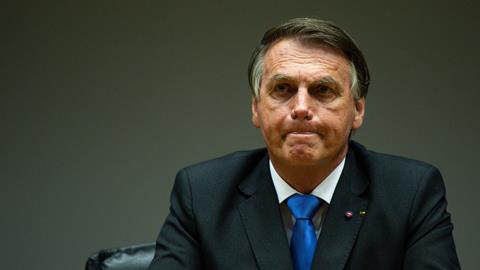 Brazil’s science budget is on the brink of being eviscerated

Brazilian researchers and science organisations are pushing back hard against the government’s move to slash the budget of the ministry of science, technology and innovation (MCTI) by more than 90%. The cuts come on top of additional dramatic funding cuts for programmes that support the country’s researchers.

The government originally allocated a R$690 million (£92.5 million) share of the budget to the MCTI in 2021, which would be distributed to the National Commission on Nuclear Energy (CNEN) and the National Funds for Scientific and Technological Development (FNDCT). FNDCT was supposed to receive R$655.4 million, while CNEN, which supervises Brazil’s nuclear programme and oversees the production of radiopharmaceuticals, was set to receive R$34.6 million.

Science is under attack and has never been so in danger

Successive cuts in funding for the National Council for Scientific and Technological Development (CNPq), which is part of the MCTI and is responsible for awarding research grants, graduate scholarships and postdoctoral stipends, currently depends almost entirely on the FNDCT budget.

In October, CNEN announced that its initial funding wasn’t sufficient to maintain radiopharmaceutical production through December, and that nearly R$90 million is needed. This became an opportunity for government leaders to use the MCTI budget for other purposes. At the last minute, President Jair Bolsonaro’s economy minister, Paulo Guedes, readjusted the numbers on the grounds that he was addressing the CNEN’s needs.

In the end, R$600 million from the MCTI’s budget was reallocated to other governmental departments. Rather than receiving R$690 million, the agency would get only R$89.8 million, of which R$63 million would be redirected to CNEN to cover its radiopharmaceutical development activities.

‘After these alterations, R$650 million that would go to FNDCT disappeared and appeared as a huge extra amount of money in other ministries, like agriculture, communication, development and citizenship, education and health,’ explains Antônio Miller Crotti, an organic chemist at the University of São Paulo.

‘The cut of over 90% is proposed, but at this moment all indications are that it is going to come through, so there is a huge effort going on to prevent that,’ says Fernando Galembeck, a physical chemistry professor at the University of Campinas in São Paulo.

Crotti says that a 11 November CNPq tweet shows that the cuts are now official, but that this money could be clawed back. ‘The MCTI budget was cut and this is official and irreversible,’ Crotti says. If some more money does go to MCTI, it will have to come from other sources, probably after the parliament votes and approves such a reallocation, she adds.

Earlier this month, 21 scientists who received the National Order of Scientific Merit, which is one of the country’s highest honours for science, technology and innovation in Brazil, turned down their medals in an open letter to protest ‘the current government’s systematic attack on science and technology’, the Agence France-Presse reports. Bolsonaro awarded himself one of these medals on 4 November, according to the daily Brazilian newspaper Correio Braziliense.

At the same time, the government has essentially frozen R$2.7 billion from the FNDCT’s budget, according to Luiz Davidovich, president of the Brazilian Academy of Sciences. He says this is illegal because Congress passed a law earlier this year specifying that this money cannot be impounded.

These severe cuts come on top of recent radical reductions in science funding across Brazil. For instance, the CNPq’s current budget is R$1.21 billion, which is nearly half of what it was in 2000. Making matters worse, the number of graduate students in the country has essentially doubled from 160,000 to 320,000 between 2000 and 2021, while the number of master’s and PhD scholarships has fallen by 32% and 20%, respectively, during that same period, according to Crotti.

He calls the effects of consecutive cuts to the CNPq ‘a disaster for Brazilian science’. More than 30,000 scientists submitted research grant proposals in response to the agency’s latest call for applications in September 2021, and now there is no money to pay these, Crotti adds.

Without being able to count on financial support from the CNPq, Brazilian researchers have had to find creative ways to keep their research projects afloat. It is not unusual now for the country’s scientists to buy reagents and other laboratory essentials out of their own pocket, Crotti says. In parts of Brazil, some state foundations are funding research projects, but the competition for such resources is intense, he notes.

‘Science is under attack and has never been so in danger,’ Crotti tells Chemistry World. ‘In a time when science has never been so important against disinformation, President Bolsonaro elected scientists as his enemies,’ he adds. ‘More than a random administrative mistake, cutting funds seems to be a president’s strategy to weaken scientists who do not agree with his bizarre acts and opinions.’

Over 100 Brazilian science associations speak out

Davidovich agrees that severe budget cuts have led to ‘a serious crisis’ for Brazilian research universities, and some may need to close their doors because they can’t pay for electricity, water and other bills. He says lab equipment is broken or obsolete, and scientists are leaving the country.

Such concerns have prompted more than 100 of Brazil’s science and technology organisations, including the Brazilian Academy of Sciences, Brazilian Society of Chemistry and National Association of Graduate Students, to sign on and endorse a letter to the president of Brazil’s Senate, Rodrigo Pacheco, calling for the reversal of the cut. In their letter, the associations say they ‘will not remain silent in the face of this attack on Brazilian science’, and they urge the entire scientific community to fight this.

The senators ultimately voted to approve the MCTI’s steep reductions, and reversing these cuts will require a new law.

Galembeck says that he is one of the lucky ones. His research is half funded by the state government and the other half by the federal government, which provided the money for the work some time ago. He says there are other scientists who are similarly fortunate, but they are a minority.

‘There is very little fellowship money and very few fellowships, and there is no money for running expenses – consumables, like travel, which is starting again now, or participating even in virtual conferences,’ Galembeck warns. Right now, he is saving the stored funds for maintenance expenses, such as upkeep of his laboratory’s infrastructure.